Weitzman Executive Chairman Herb Weitzman is a staple in the Texas retail brokerage business and has survived decades worth of downturns, but in the past three months, his firm and thousands of its clients were tested in a dramatic fashion as the coronavirus pandemic pushed retail traffic to virtually zero.

But the news since has been surprisingly good, and he sees a potential silver lining coming to the investment market soon. 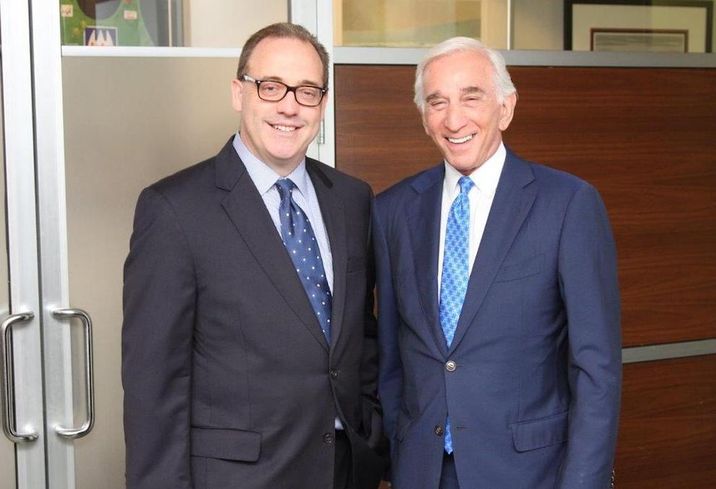 Despite mass shutdowns from the pandemic, the rent collection rate among his retail clients remains at a strong 73%, Weitzman said.

Weitzman said representatives at his firm implemented a triage approach and became all-encompassing advisers for existing and new retail tenants who needed to stay afloat and current on their rents without having the typical steady stream of traffic and cash flow to rely on.

To help retailers out, Weitzman's asset managers first tried to determine if their clients qualified for the government's Paycheck Protection Program and even helped many tenants fill out their PPP applications.

"Some of them didn’t get much money because they furloughed people, and they didn’t have people to pay salaries to," Weitzman said. "It was good though. They got some help and that helped us through the early months."

He points to solid rent collection in April, May and June as proof that retail is surviving and that PPP offered a reliable cushion.

"We do not want retailers to close. We will do whatever it takes to help them," Weitzman said. "And out of [all] the tenants we have, I think we can count on one hand how many are shutting down."

The winning solutions to keep retail clients up and running included having the retailer pay part of their rent plus triple-net or deferred rent with an agreement to catch up later.

With technology, online delivery and curbside pick-up making a difference in who thrives and survives during the pandemic, Weitzman's staff is now spending a larger part of its time serving as technology advisers for retail clients who are trying to cope with lost brick-and-mortar traffic.

"For so many, we helped build their websites, and they have just become superstars and really successful at curbside and delivery," Weitzman said.

There are some unknowns in the coming months that could shake up the retail sector.

"With the PPP running out at the end of this month, that is going to be another question of whether the retailers have learned enough with their digital programs to ... get that up running and integrate it into their businesses if they didn’t already have it," Weitzman said.

There's also a great deal of uncertainty about whether rising coronavirus infections in DFW and across Texas will slow down the retail recovery as patrons grow wary of public places again.

The good news is Weitzman fostered the signing of new leases during the pandemic and noticed an uptick in the number of retail owners interested in offloading their North Texas properties, Weitzman said.

"Retail hasn't had many properties for sale and people haven't wanted to sell their properties," he said. "What's happening is this is a rude awakening and [some] tenants aren't paying. Some tenants are closing up, and [the owners] are saying, 'Well, I'll sell,' ... and that is creating some opportunity for people to buy because there has not been a huge amount of retail properties on the market."

For those looking to snatch up retail assets at a discount, Weitzman predicts enough of a buyer's market in the coming months to keep DFW retail acquisition activity a point of focus for his brokerage.