Can Bachman Lake Shed Its History Of Crime And Be DFW's Next Rising Market?

The heart of Dallas resident Roxan Staff hangs heavy for a teenager she never met.

Several months ago, authorities discovered a 14-year-old girl, suffering from bullet wounds, inside a Bachman Lake area apartment complex — not far from where Staff and her husband operated an American Bank branch in Northwest Dallas.

The local media's coverage came and went, but Staff, like other Bachman Lake advocates, took the news hard.

Staff has been praying for urban renewal, a drop in crime and commercial real estate development in Bachman Lake for half of her life. 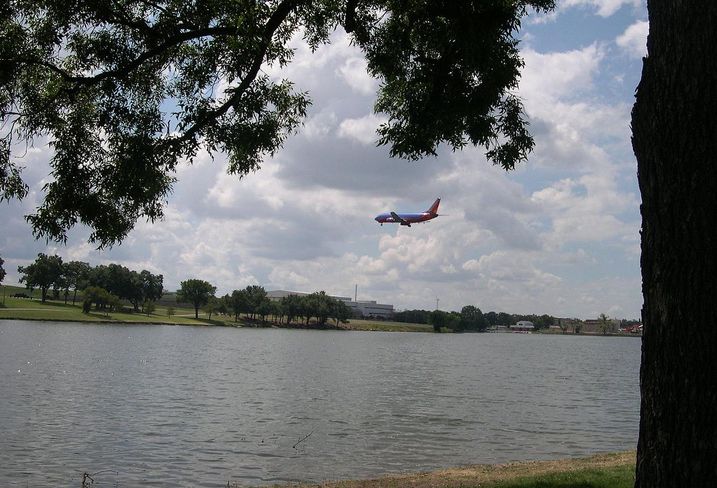 The commercial real estate potential of Bachman Lake is obvious. The area features a park, a lake and access to major highways, including Interstate 35 and Northwest Highway.

The community, which sits near the Webb Chapel Exchange and Northwest Highway, is the only part of Dallas that offers both an airport and a man-made lake within blocks of each other.

"The neighborhood is an underutilized, underestimated area," Cushman & Wakefield Executive Director Robbie Baty said. "It is a really excellent location in terms of geography being by Love Field off of Northwest Highway by Marsh. From a geography point of view, it should do well."

There are revitalization plans in the works — area residents last week endorsed a plan to save the lake from being sliced up into smaller lakes, or a creek, as part of a Love Field Airport drainage plan. City officials and community leaders hope to build a skate park and an aquatics center near the lake in the future.

But for all Bachman Lake’s potential and plans, the big question is whether the community can fix its crime problem and shed its reputation fast enough to capitalize on the urban renewal spreading out of the Dallas core, putting Bachman Lake in the path of development. 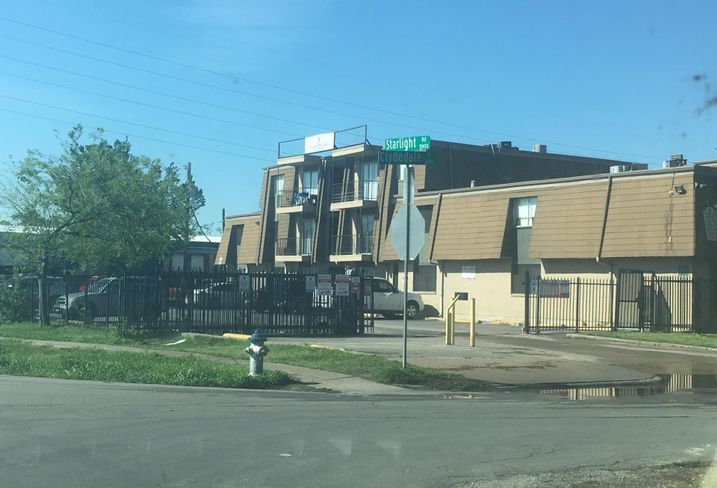 Bisnow
An aging apartment complex in the Bachman Lake area

For years, Bachman Lake was known as unsafe and seedy, a hotbed of gang activity and sexually oriented businesses like strip clubs and massage parlors masking prostitution.

The area only accounts for 0.3% of the city's land, but had 1.7% of the city’s total criminal activity between 1994 and 2004, according to a city report released in 2005. The murder rate was particularly high: Despite a reported 41% annual decrease in murders in Bachman Lake from '94 to '04, the city reported the area accounted for 2.6% of the city’s murders.

"While most of the sexually-oriented businesses have been removed from the Study Area, there are still concerns about on-going criminal activity, violations of city zoning regulations and questions about the accuracy of certificates of occupancy of some Study Area businesses," the city wrote in 2005.

In 2005 the city laid out a blueprint for fixing crime and neighborhood appearance issues in Bachman Lake. It published a needs assessment for the area, outlining concerns the city had regarding massage parlors offering illegal sexual activities, and businesses plagued with graffiti and high weeds destroying the area's aesthetics.

It laid out a plan to enforce code compliance violations, focused on zoning, assigned a community prosecutor to the area and developed a plan for dealing with potential liquor violations.

Staff, who worked in the area before and after the changes, saw a big difference. The community prosecutor played a role in enforcing code violations at mismanaged crime-ridden apartments, eventually leading to ownership changes or outright sales of a few, Staff said.

While some mainline strip clubs are still located not far down the road, Staff said they mind their own business and are zoned where they are supposed to be.

So all should be well, right?

Well, not really, Staff said. She calls the community a mixed bag today, with some good, but enough bad to dampen long-term revitalization efforts.

In 2017, the Dallas Police Department suspended its vice unit to deal with issues around procedures and protocols, and a new vice unit was not enacted until late 2018 when members went into training.

Prostitution cases documented by the city of Dallas rose dramatically during the shutdown, from 46 in 2017 to 137 last year, according to a memo released by Dallas City Hall and first covered by the Dallas Morning News last year.

"We had months without a vice department," Staff said. "We saw a resurgence of prostitution and drugs and human trafficking. The vice department has remade itself, but they are in a training phase. We haven't seen the true effects yet on how those folks will respond to the new vice." 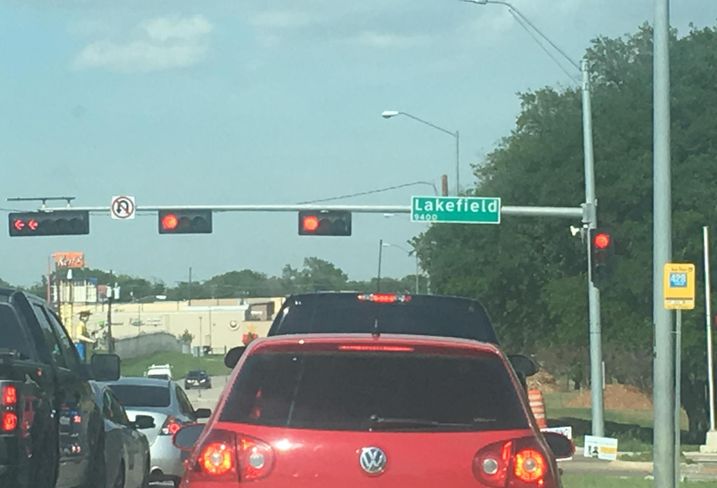 Bisnow
Traffic stops at a busy intersection in Bachman Lake.

Working at a bank, Staff has seen the same theme play out at Bachman Lake for three decades. It is one where everyone says the community is great and has potential to be a retail or multifamily destination, but there are many reasons not to build there, lease there or stay there past dusk.

And while some commercial development started picking up down the road on Northwest Highway, good news doesn't mean commercial viability is occurring throughout the entire area. Staff is glad a Walmart and restaurants found a home in the area down the street from her old bank, but other businesses she worked with left.

"Some of our customers who may have had a business in the area, said, 'I think we can find better circumstances to operate in other parts of Dallas,'" Staff said. 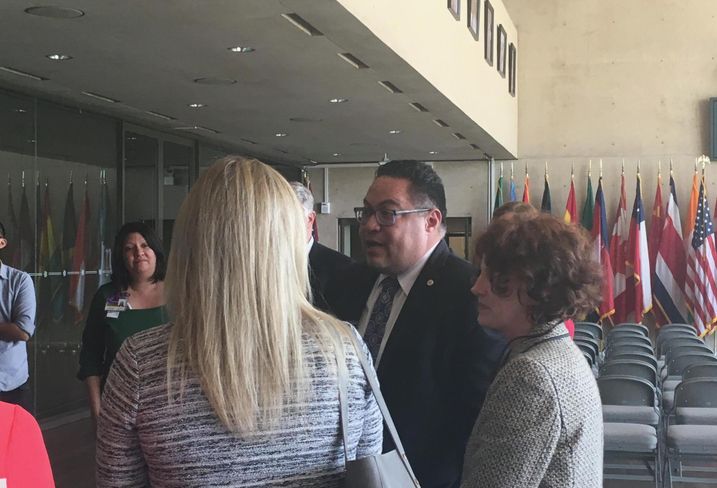 Dallas City Councilman Omar Narvaez, who represents District 6 and a portion of the Bachman Lake area, is optimistic about the area's future.

The councilman said the city already has companies — that he cannot disclose the names of — trying to get into the Northwest Dallas area.

"The northern side of Love Field is ripe for investment," Narvaez said.

"It's just that the city as a whole hasn't targeted the area in the way that it should have. Now, if you look at the area — that Northwest Highway Corridor north of the lake — it has gone from what used to be really horrific scary 15 to 20 years ago, to where now it is a very pleasant area," Narvaez said. "Lots of businesses have opened."

“There is very strong drive from local, diverse business people that want to get a foothold and begin their operation. We hear from a lot of restaurateurs offering Honduran or Salvadoran cuisine. Panaderias and street tacos are popular. There are a lot of agents selling low-cost property and casualty insurance, and more desiring a foothold in the area.”

And he sees more activity coming.

“One of my owners has a plan to upgrade their property — modern facade, repaving, paint the pylon sign. A local restaurant operator has been remodeling the 3004 Bachman property. The former library on Marsh has been modernized and converted to a clinic.”

Cushman's Baty, a tenant rep, believes Bachman may be next in line for redevelopment as Dallas' urban core builds out, giving investors and developers no place else to go.

"It has maybe been overlooked for a long time," Baty said. "And now people are more prone to paying attention to it because of the overpricing of the surrounding areas."

Wilson said lease rates in the area he handles price at $25 to $35 per SF.

“These are commensurate with other properties of similar visibility in the area whereby the landlords would contribute tenant improvements for a suitable tenant,” he added. “There is a lot of as-is leasing happening in the area at lower rates.”

Dallas mayoral candidates Mike Ablon, Scott Griggs, Regina Montoya and Lynn McBee all expressed interest to Bisnow in building relationships within the Bachman area if they are elected. The candidates echoed each other by suggesting amenities for the community are key to its revitalization. They even shared a similar vision of turning the neighborhood into the next White Rock Lake.

But Baty believes attractive pricing is what will eventually pull in more CRE professionals.

"I think as the core [Uptown, Downtown, West End, Deep Ellum] gets more and more expensive ... investors and developers are looking around more outside of there to try and find good investments," Baty said. 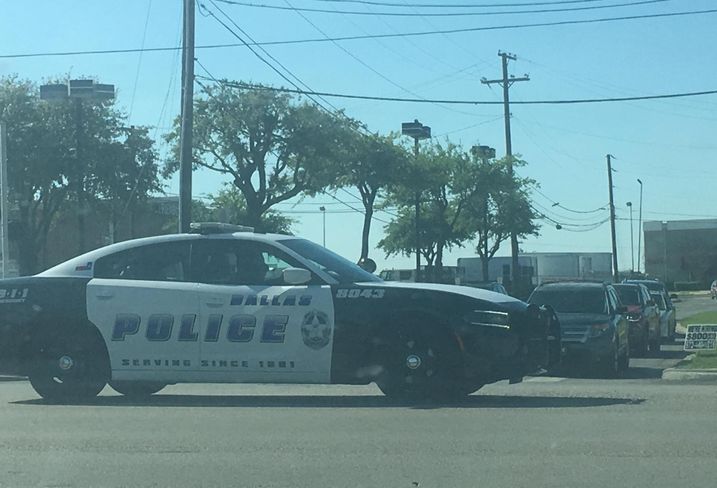 Wilson, while extremely optimistic about the area, does see crime as an ongoing issue that requires proactive enforcement measures.

“Removal of the sexually oriented businesses has already been an upgrade,” Wilson said. "[But] the area would definitely benefit from a stronger police presence, especially if they could be on bikes or afoot. Their visibility on the properties versus simply driving would be very welcome."

"There are crime issues," the councilman said. "What we are discovering in the area is that violent crime is down and is almost insignificant compared to where it used to be, but petty crimes are picking up in the area. And when I say petty crimes, I am talking about car break-ins, people stealing packages off of doorsteps."

Narvaez said vice's temporary shutdown for a year hurt the area's record when it comes to prostitution.

"We did have an uptick in prostitution and drug dealing in the area," he said. "But, now with vice back in, we have had several significant busts."

Homelessness also remains a problem in the area. The Metro Dallas Homeless Alliance reported 1,098 unsheltered homeless living in the city of Dallas in 2018, up from 883 a year earlier. A large portion of these are in the Bachman Lake area, according to data produced by the city and published by the Dallas Observer in 2017 breaking down the location of homeless encampments. In the encampments marked as District 2 and 6 on the map, which represent Bachman Lake and surrounding areas, there are well over a dozen encampments.

Staff, who retired with her husband from their Bachman Lake-area bank in March, remains hopeful commercial real estate in the area will benefit as vice gets back online, and she prays the city will address rampant homelessness and prostitution, particularly in older apartment complexes.

The 14-year-old girl who was shot at one of those complexes months ago survived, and Staff said the idea that this young person may have been rescued from an area known for human trafficking and crime is a blessing.

As for Staff's own family, they no longer possess a commercial stake in Bachman Lake in the form of American Bank, but they remain hopeful one day the community will experience its own happy ending.