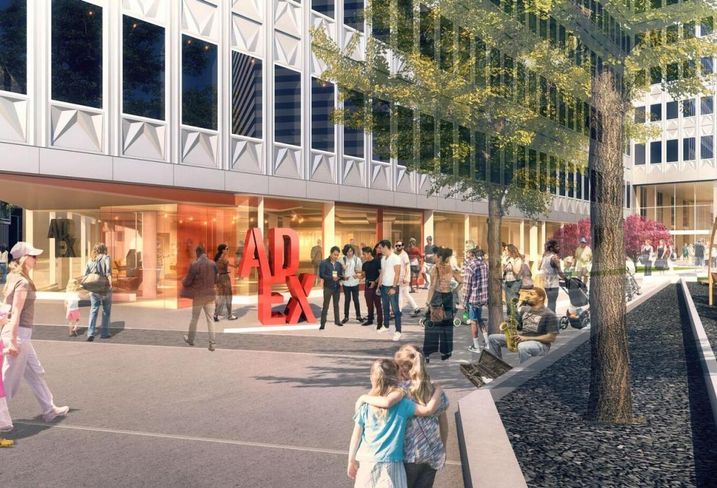 The Dallas Center For Architecture has rebranded itself as AD EX, and with that new identity comes a fresh new look for its downtown space in Republic Center, at the intersection of St. Paul and Pacific avenues.

AD EX is the public outreach arm of AIA Dallas and, as of October, will take space in what was once the bank services center for Republic National Bank. Renderings released Tuesday show space for pop-up programming, lobby space for exhibits and models, as well as area for seminars and meetings.

AIA Dallas launched DCFA, now AD EX, a decade ago. The new space is intended to spur public discussion of key development issues, such as walkable urban planning, preservation of historic buildings and what to do with vacant buildings in an era of gentrification.

“We believe this storefront space in the middle of a new epicenter for downtown will give us opportunities to reach new audiences," the Architecture and Design Foundation and AIA Dallas Executive Director Jan Blackmon said in a statement. "Our hope is that AD EX will inspire our community to see its surroundings differently and imagine new possibilities for design as a solution.” 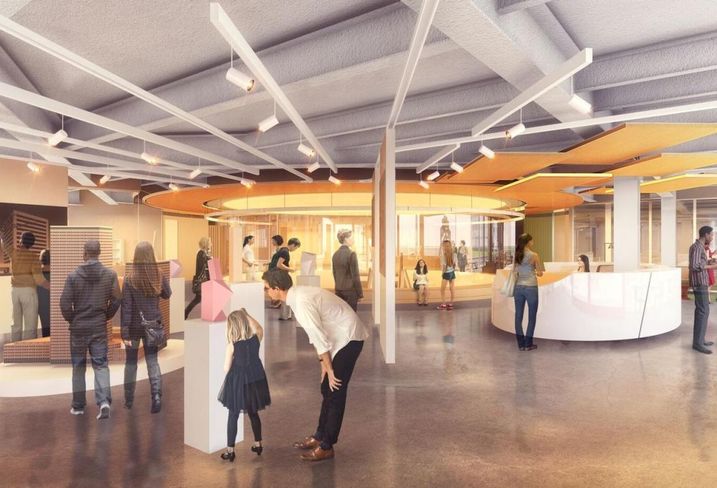 AD EX tends to work with outreach groups, such as Preservation Dallas, Downtown Dallas Inc. and the Dallas Architecture Forum.

"We're trying to educate and allow people to form their own opinions," Brown said. "We have the conversations so people understand the issues."

AD EX will move from Klyde Warren Park into its new space on the edge of Pacific Park Plaza, the city's next major park.

"Our challenge here [at Klyde Warren Park] is that we have not been as transparent and visible as we want to be," Brown said. "We want to be part of the street life, the hustle and bustle of downtown, and this new space will be on a DART line, right across the street from a new park, with a first-floor storefront that will be entirely glass."

The multi-disciplinary design team, which was selected in January by the boards of AIA Dallas and the Architecture and Design Foundation, is made up of OMNIPLAN, Perkins+Will (formerly lauckgroup,) Aurora, Better Block, RSM Design, Studio Outside, LUM Lighting Design and Telios. The contractor is James R. Thompson Inc.