As Baby Boomers Age, Is Architecture Failing Them?

By 2030, 20% of the nation will be 65 or older. But Corgan isn't waiting until then to adapt their architecture to the aging population. New research from the Dallas-based architecture firm focuses on how Baby Boomers interact with buildings. 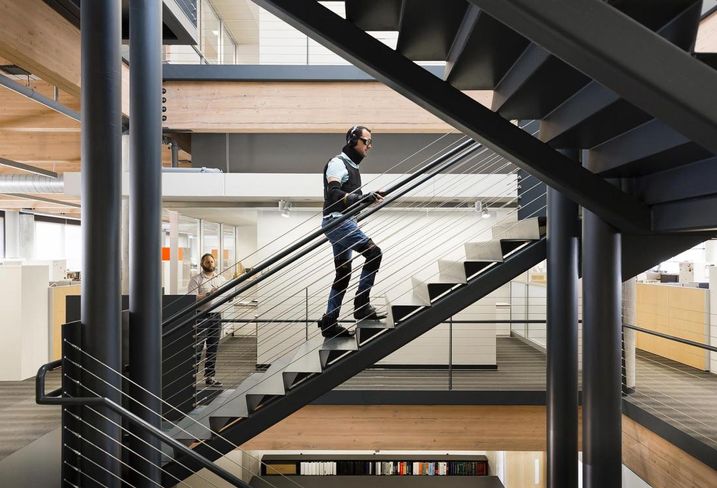 Researchers at Corgan, led by Mike Steiner, orchestrated the first in a series of studies to determine what challenges Baby Boomers and the elderly face when interacting with commercial buildings. The study included a nifty aging simulation suit.

Corgan employees wore the suit in four settings: an elementary school, an airport, a medical building and Corgan’s HQ. The suit added an extra 40 years with weights to simulate decreased muscle mass, goggles to feign poor vision and headphones to affect hearing.

This research doesn’t focus on requirements under the Americans With Disabilities Act for things like wheelchair-accessible bathrooms. Instead, it focused on signage, rest areas, layout, lighting and all those elements the young and healthy might never notice. 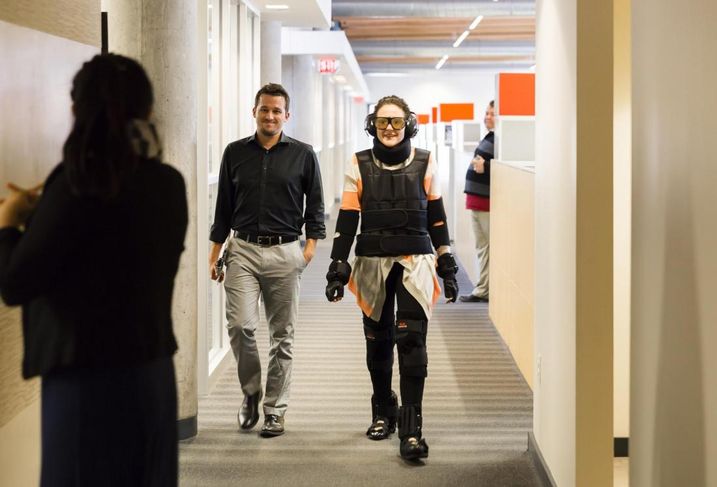 When users over 60 enter an office building, what challenges do they face? Can they read the terminal signs with ease? Do they feel sure-footed on the escalator landings? Can they navigate somewhere quickly and without asking for help?

Researchers discovered room for improvement. They were surprised to discover mental challenges, in addition to physical, when navigating spaces. Corgan is now focused on sharing its findings with other architects and designers to implement small changes for a big impact on the effectiveness of all buildings.

Specific design elements include placing restrooms away from high traffic areas, creating rest areas with benches or chairs throughout a high traffic space, using high contrast colors on backlit signs to increase visibility and lengthening the landings on escalators to allow users to regain balance.

These upgrades and changes cost a fractional amount of money in most cases, Mike says. “They might seem to have a relatively small impact, but if we’re continually improving, the end users will benefit.”

When Corgan's James Adams wore the suit, he gained a new level of empathy. “This experience made me more patient when navigating spaces with my own elderly family,” James tells us. “The empathy we gained will help us design in the shoes of the user,” Corgan architect Landon Moore tell us.