Are Your Brokers Reaching Out To The Asian Indian Community? Here’s Why They Should Be

A growing population of Asian Indians living in North Texas are transforming the way commercial real estate deals get done and funded in the North Dallas suburbs.

And any commercial real estate broker unaware of Asian Indians' influence is losing out. 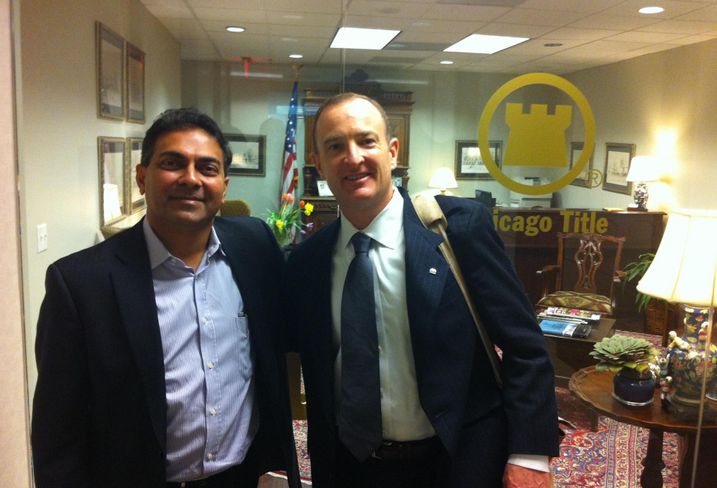 This group has grown in population in DFW over the last decade, and its appetite for commercial real estate also appears to have increased across all facets of the industry, particularly in financing and developing properties.

Projects involving individuals with ties to the Indian community account for roughly a third of all projects that Henry S. Miller Brokerage Vice President of Office & Industrial Division Jim Breitenfeld works on today.

Collin County is their preferred spot for now, Breitenfeld said.

U.S. Census Bureau data from 2017 puts the county's Indian Asian population at 54,507 people out of a total county population of roughly 914,000 people.

The community's population growth trend in DFW and Collin County suggests business communities need to engage with this population on the CRE side of the business.

“I think in the 2010 census, we saw somewhere around 100,000 or so Indian Americans in the entire DFW area,” U.S. India Chamber of Commerce President Neel Gonuguntla said. “What was interesting then was that we saw a growth rate that was substantially higher than other communities, so maybe not quite 10%, but close to 10% year over year.”

Assuming the growth rate has continued, she believes there are between 150,000 and 200,000 Indian Americans in the North Texas area now.

And they are hungry for commercial real estate, Thakkar Developers CEO Poorvesh Thakkar said. Thakkar is Southeast Asian and has strong ties with the Asian Indian community.

“We manage a number of private investment funds whose investors are primarily from the local South Asian community,” Thakkar said. “We see continuing interest within the community to invest in quality commercial development projects.”

Many of these Asian Indian investors and developers share a few common characteristics: access to cash, a focus on properties and land in Frisco, Allen, Plano and McKinney, and a preference for all-cash deals with no financing required, Breitenfeld said.

For brokers looking for clients, this is a highly liquid and focused group, he added. Breitenfeld has had smaller deals, such as the Indian American couple who were looking to acquire acres of land in Celina and hold onto it as an investment.

Then there are the bigger deals. One of Breitenfeld's clients, SKRJ Properties, which is made up of Sandeep Kuttiyatur and Rashmi Jagada, purchased 2.4 acres a few years ago at the Dallas North Tollway, north of Eldorado, to build a future mid-rise office. The group then purchased another 2.4 acres to add to its holdings, which it later sold at a profit. 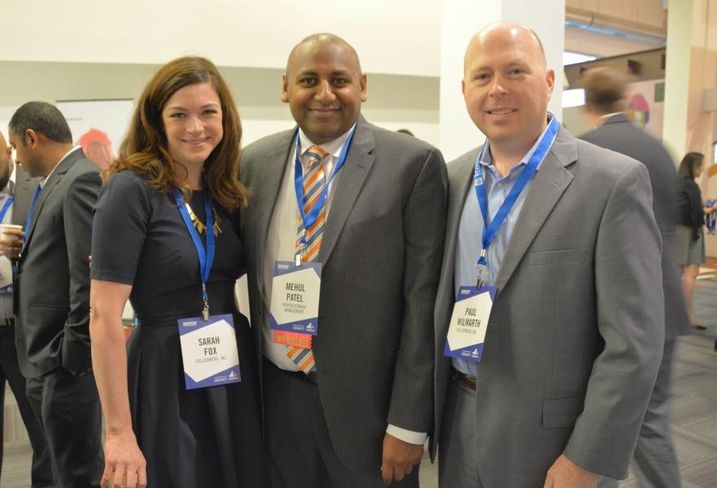 The Indian American Patel family behind hotel developer NewcrestImage (not a client of Breitenfeld's) has put a sizable dent in DFW’s commercial development market, particularly when it comes to hotels. About five years ago, the hotel developer acquired two Downtown Dallas historic buildings and developed an AC Hotel, a Residence Inn and a Hampton Inn & Suites.

Prior to 2015, NewcrestImage amassed a fortune in the hotel construction and management industry and currently boasts $1B in assets on its website.

Some developments are being built by Indian Americans, serving the large Indian population in DFW.

India Bazaar, an Indian grocery store that opened its doors in Plano in 2004, now has locations in seven North Texas cities and plans to open another store in Allen.

Thakkar Developers is attempting to create a $500M mixed-use development called Allen Sports Village in Allen, Texas. It focused on the South Asian country's most popular sport — cricket — when brainstorming the project, which envisions the construction of a cricket stadium in the heart of Allen to provide entertainment for the region's growing diverse population. While one of the early investors pulled out of the deal and the project is still going through City Hall, Thakkar said it remains committed to the project.

When asked if the diverse population, including the large number of Indian Americans in Collin County, could support the cricket stadium, Thakkar said, “we know the diverse community in the DFW area includes a significant number of fans of cricket.” The project also is designed to host sports like soccer, rugby and lacrosse.

“Based on recent census reports and our experience as the owners of FunAsia, the leading media and entertainment brand serving the South Asian community, we see a significant amount of growth in this area,” Thakkar said.

Breitenfeld said Indian Americans in DFW are showing no signs of slowing down in the commercial real estate, based on their interest levels and growing population.

“They are increasingly participating in the commercial real estate market either as investors for land, investors in properties as landlords, or as developers,” Breitenfeld said.

This contingency’s willingness to go all-in with cash to buy land and commercial buildings makes them highly efficient as clients, according to Breitenfeld.

Some of these individuals invest as entrepreneurs, others as partners. The larger groups form syndicates to raise cash for investing in and developing properties — many of them retail properties.

“They assemble and they get together as a small investment company like an LLC,” Breitenfeld said. “They pool their resources and act as a team.”

Breitenfeld is seeing land deals, building purchases and investments from this community in the $1M to $5M range; however, a few of the deals can reach upward of $10M to $15M, Breitenfeld added.

This community's reliance on all-cash deals also is moving the goal post for other investors and strategic buyers of land and property in Collin County.

“In my opinion, they can move faster because of that. They don’t have to rely on the traditional borrowing process and the very long project or acquisition timelines that can come with that,” Breitenfeld said. “They might be able to outcompete or outmaneuver other prospective buyers who can’t move that quickly and who are relying on traditional financing for their purchases.”

Gonuguntla said the chamber finds many of these investors looking for ways to build bridges into the local business communities by investing in everything from land to buildings.

"As the community has grown, there has been an intentionality to give back to the communities that have given so much to many of these families," Gonuguntla said.

What's even better is the community's success in building connections with the larger North Texas business community.

“I would say from the chamber's vantage point, we actually see a lot of engagement from the broader business community with the Indian American community,” Gonuguntla said.

“In our chamber, for example, something like 40% of our members are actually non-Indian American. I think that is a reflection of our chamber's deliberate reaching out to the broader business community and making sure that people know we are a gateway to engage with the Indian American community.”

For brokers or dealmakers who want to connect with the community, Gonuguntla said it is easy because of the connections already built in DFW.

“If there are business people in our community who would like to engage with the Indian American community, we are happy to receive them and welcome them into our chamber and help them connect with the right people.”

Based on what Breitenfeld has experienced, making those connections is a good long-term plan.

“They seem to be really bullish or favorable about assembling and pooling their resources as a way to scale up,” Breitenfeld said.