A Futuristic Look At The Platinum Corridor

It has been 20 years since HALL Park made its debut in Frisco along what is now called the Platinum Corridor. It was a Lone Ranger at the time, but no more.

Since then, the 10-mile stretch of Dallas North Tollway from Plano to Frisco has become one of the hottest real estate development regions in Dallas-Fort Worth. 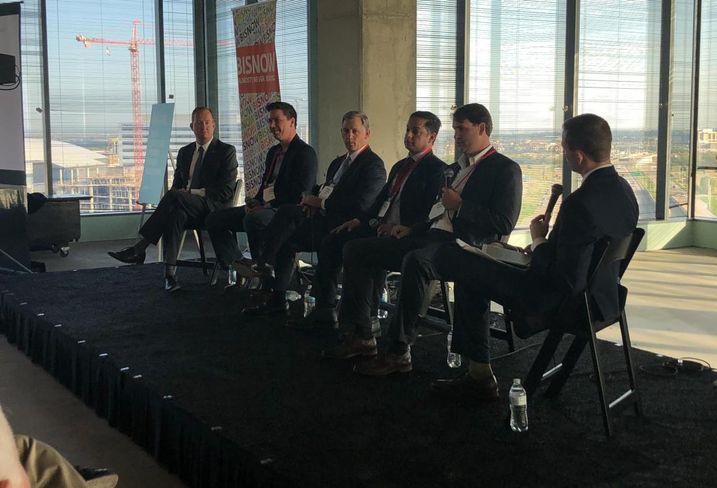 The high-growth zone has numerous projects in the works from VanTrust Real Estate’s 210K SF Class-A building at Frisco Station to a 425-unit luxury JPI apartment complex known as The Gate. But what is in store 20 years from today?

“We are trying to think through that as we develop out this Platinum Corridor … how do we build real estate that will be sustainable for 20, 30, 40 years and people will want to continue to reinvest?” Frisco Mayor Jeff Cheney asked while speaking at the Bisnow Platinum Corridor event Thursday.

For Cheney, looking further into the future and what the corridor could look like 20 years from now means thinking long term about things such as walkablility, connectivity, transportation and innovation.

The northern Dallas suburb is the site of a driverless car pilot program through a partnership with California-based drive.ai and the Frisco Transportation Management Association. The pilot program, which began July 30 and will end Jan. 1, uses driverless vans to shuttle workers at HALL Park to The Star, a 91-acre mixed-use development that includes the Dallas Cowboys' world headquarters, to access amenities such as restaurants.

“Some would say self-driving cars are kind of futuristic, but it is a now technology. It is here. We are accumulating over 500 miles per week in Frisco, collecting well over 10 terabytes of data as we are doing it so it’s pretty amazing,” said Don Lepard, Frisco site lead for drive.ai. 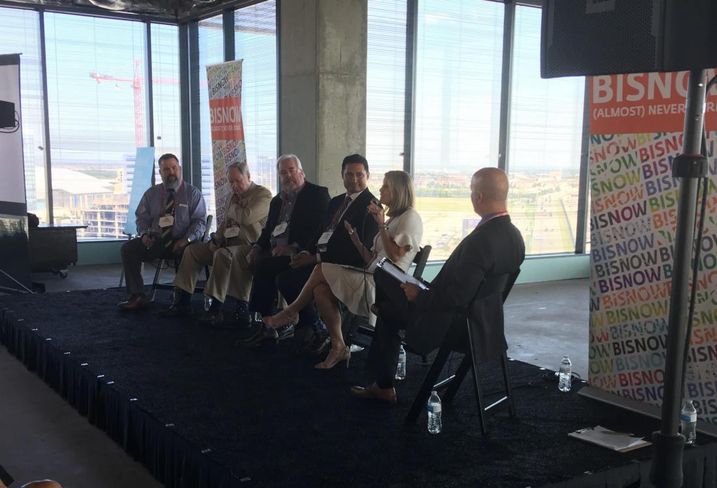 Felipe Castillo, director of development with HALL Group, said it is important for developers seeking corporate relocations to be at the forefront of innovation and the company wanted to better understand driverless car technology so that it  can better develop buildings that can be adaptable to such technologies.

Developers need to be figuring out how to incorporate technology such as that used by autonomous vehicles now so that their developments can adopt such technologies as they become more widely available, he said.

Real estate professionals said they are starting to take baby steps to implement innovative technology as they look toward a more tech-savvy future.

It is also implementing smart home technology on a small scale to test it, Sylvan said.

“We are evaluating what residents want, what’s successful, what’s useful, and it won’t be long before that is standard in all our units,” he said.

Panelists said multifamily and office developers are also considering how autonomous vehicles and shared rides will affect the need for parking in the future.

The gig economy with more renters working from home will also affect multifamily designs of the future with more thought going into developing an apartment unit that functions well as a home office.

Russell Laughlin, executive vice president at Hillwood, which is developing Frisco Station, said Hillwood has partnered with Uber and Bell Helicopter to bring Uber Elevate to Frisco. The pilot-less air taxi service would be available by 2023 and would fly between Dallas/Fort Worth International Airport and Frisco Station. The service would use battery-powered drone helicopters that take off and land vertically from “vertiports” at each location. Testing is expected to begin as early as 2019.

With such technology, land currently used for parking will one day be freed up for better, higher purposes, Laughlin said.

“If I can get rid of parking requirements, can that capital that the private sector is spending be better spent for open space? Absolutely it can,” he said. “The quicker we can get there, the better off we will be for the next generation and that means adoption of technology.”