Retailers Should Know This

Thereâ€™s only six shopping days left (or four if you're relying on Amazon Prime), so we figured it's a good time to share a few important trends driving North Texas retail real estate.

JLL SVP Mark Newman reminds us retail follows housing and housing follows job growth. The most significant trend in DFW retail: the challenge of serving the growing population in the urban core. There's an "exploding urbanization across the Metroplex, but especially in Dallas," Mark says. The result: more mixed-use projects. In June, there were 24,700 apartments under construction, with 16,200 delivering in the next 12 months. A significant portion of those are in the urban core and have a retail component. (More pedicures and Twisted Root pickles whenever you want.)

Red-hot competition between the supermarket chains will continue into 2014, Mark says. Fresh Market and Trader Joe's entered the trade area. Sprouts, Whole Foods, Tom Thumb, and Kroger will continue to expand. And, Albertson's and Market Street are also under new ownership, Mark says. DFW is possibly the nation's hottest market for food and drink, between restaurants opening and lifestyle retailers flocking to the area to serve the upwardly mobile consumers. 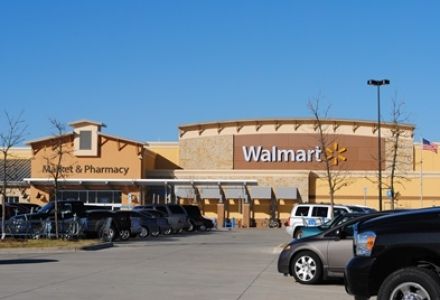 Walmart has continued to expand and will maintain its pace, trying new smaller concepts, Mark says. Target will restart an expansion here after a five-year hiatus. (Bring cash.) The big question: Will JC Penney (which is HQ'd here and has a large presence) rebound and survive? Mark's peek inside the crystal ball: value retail will continue to flourish, with discounters and outlets leading the way, reflecting the increasing income gap phenomenon in the US.