Henry S. Miller chairman and CEO Vance Miller passed away on Saturday from a heart attack. Friends and colleagues tell us through good times and bad, he was their strength, carrying on his fathers vision. 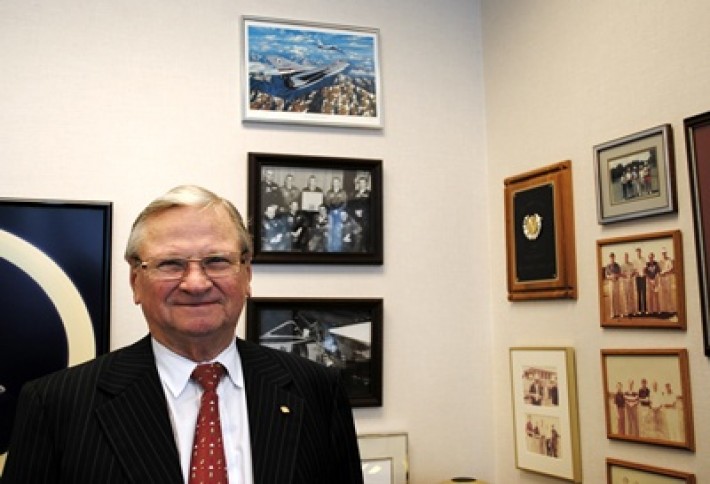 We snapped Vancein his office in 2010 surrounded by memorabilia from his years as an Air Force fighter pilot. Vance became president of HSM in 1970. An SMU graduate, he told us he always planned to join the family real estate business with his father,Henry S. Miller Jr, and grandfather,Henry S. Miller following military service. HSM prez/CEO Sam Kartalis called Vance a great real estate leader in Dallas and across the state, helping his father build a company that will be 100 years old next year. Vance surrounded himself with good people and let them work, Sam tells us. HSM investments/land division prez Robert Grunnah says Vance was always most loyal to his family, friends, employees, and associates, who will all sadly miss him. Above all, he represented the epitome of professionalism and integrity with whomever he came into contact. Services are pending.