He had his skeptics, many of them in the commercial real estate sector. McKinney is about 32 miles from Dallas’ central business district and at the time had fewer than 56,000 residents. 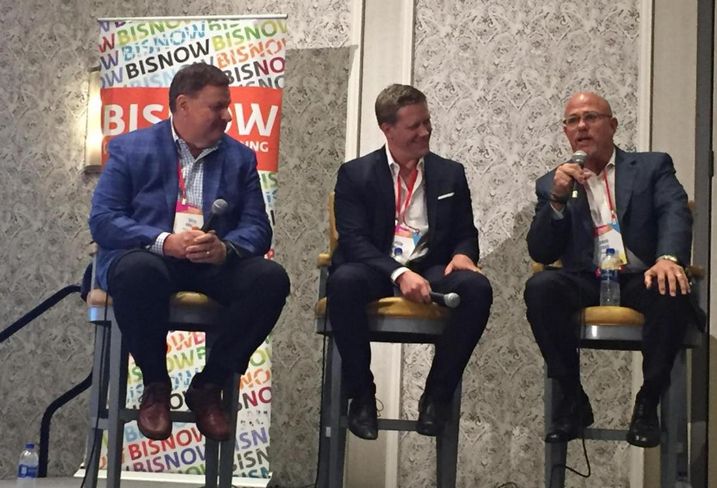 Today, McKinney has 180,000 residents, and Craig Ranch is approaching $2B in ad valorem value with nearly 20,000 residents and 4,000 employees. Those numbers will rise considerably, Craig said, and nearby cities such as Allen, Frisco and The Colony are also booming.

“We’ve got about 1.5M SF to 2M SF of office still to be built,” said Craig, founder and master developer of the ranch, which has less than 10% of its geographical land mass left.

"It's amazing what's happening with that last 10% or 8%," he said. "It's all vertical. We have Independent Bank with what I call an A++ building. It's the bomb. It's amazing and sets a new precedent for the city of McKinney."

Some of the nation’s and region’s biggest and most well-respected developers are now active in the 121 Corridor where Craig Ranch was mostly a loner 18 years ago, The Howard Hughes Co., Hines and KDC among them.

“We have arrived; this corridor has arrived,” Craig said at Road to Riches: the 121 Corridor, a standing-room-only Bisnow event held Thursday at the McKinney Sheraton.

Independent Bank’s $52M headquarters, being built within Craig Ranch at State Highway 121 and Grand Ranch Parkway, is just one example of the activity underway along the corridor. The bank, which has been growing rapidly since going public in 2013, expects to eventually have 400 employees at the location.

The state added jobs at a blistering rate during the first half of 2018, and Dallas has been among the best-performing large metros in the nation in terms of job growth.

Mark Bulmash, senior vice president of development overseeing the central region for Howard Hughes, said the company expects to eventually attract 20,000 jobs to Monarch City, the 270-acre development it is planning in Allen at the southeast quadrant of 121 and U.S. 75. There is no timeline for development, but the company is shopping the market to nail down its first corporate user.

North Texas Tollway Authority Assistant Executive Director Elizabeth Mow said several projects are in the works or planned to improve mobility in the 121 Corridor region as development and jobs bring more traffic to the northern suburbs.

Those include improvements along Sam Rayburn Tollway, which will involve building an additional lane in each direction, in the center median, along the entire 26 miles of the tollroad from west of Denton Tap Road to U.S. 75. Construction is anticipated to begin in January.

On the southwestern portion of the corridor, 15M SF of hotels, corporate office and industrial construction is underway or about to be started on property owned by Dallas/Fort Worth International Airport.

The momentum along the 121 Corridor should continue long into the future, developers and other real estate professionals said.

“This corridor is something special,” Craig said. “A lot is happening and will continue to happen.”