5 Recommendations To Bring CRE And Tech In Greater Harmony

The commercial real estate industry has made great strides in embracing technology. But the panelists at Bisnow's Chicago CRE and Urbantech Summit at the Hyatt Regency Chicago said the industry needs to dig deeper and recognize that technology has not only been a part of the industry from its beginnings, but should be fully integrated.

Our panelists had five recommendations to expedite the embrace of tech in CRE. 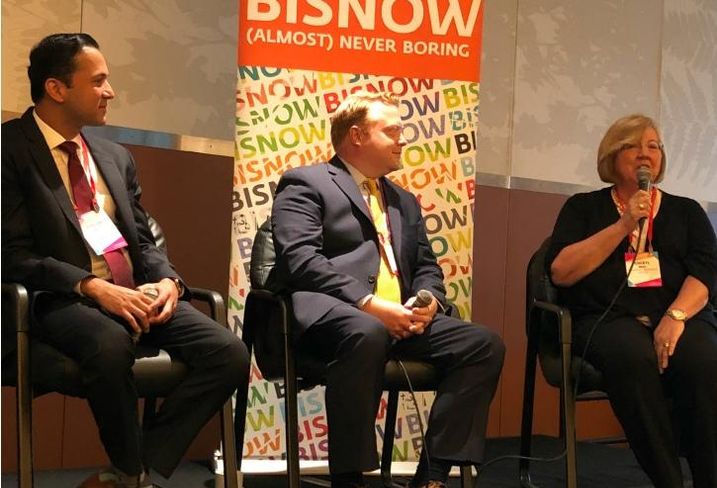 QuadReal Property Group Executive Vice President Cheryl Gray compared the embrace of tech in real estate to sustainability. It is about implementing a portfolio strategy that makes buildings ready for the future. Technology has been a part of the industry for a long time but real estate professionals have not viewed it that way. Gray said property managers, for example, are not asking the right questions about how to integrate tech into their buildings. Instead, they remain focused on tech as an investment and the returns it can provide.

"[Return on investment] is not the first question we should ask," Gray said.

When Gray joined QuadReal last year, she found CEO Dennis Lopez receptive to the idea of bringing tech to buildings. QuadReal is a long-term holder and Gray said the firm is working to bring its IT and operational technologies arms together, so that each has a better understanding of how the other operates, and their respective building priorities. QuadReal is also open to partnering with outside vendors. The firm launched a pilot program last January with Microsoft, Urban Living Futures and the city of Toronto to promote smart buildings and smart cities.

"We are open to asking the right questions," Gray said. 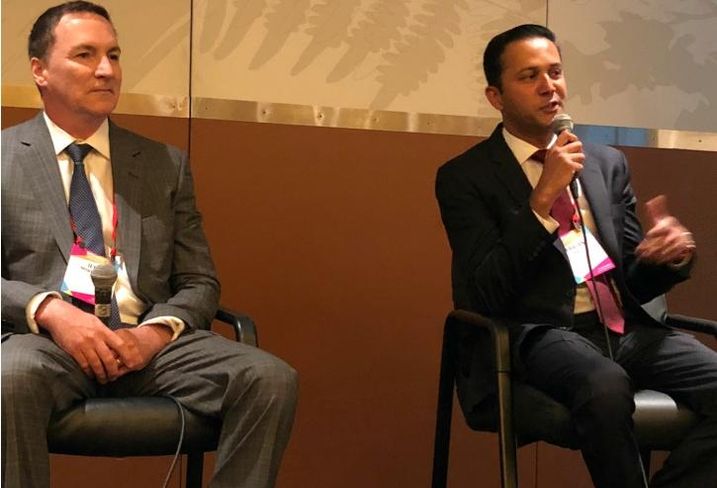 Rise Buildings co-founder Prasan Kale said a prevalence of software vendors entering the real estate industry over the past 20 years resulted in fragmentation within the industry.

"We have different software platform[s] for individual processes, but they don't talk to each other," Kale said.

Concierge-style platforms like Rise Buildings aim to bridge that gap and connect these software platforms. The key as a vendor is to produce a business case for a building owner that is cost-neutral or accretive, because the owner's first question remains, "How will I make money?"

"With Rise, if you can save one lease from leaving a building, you'll pay for the app and then some," Kale said. 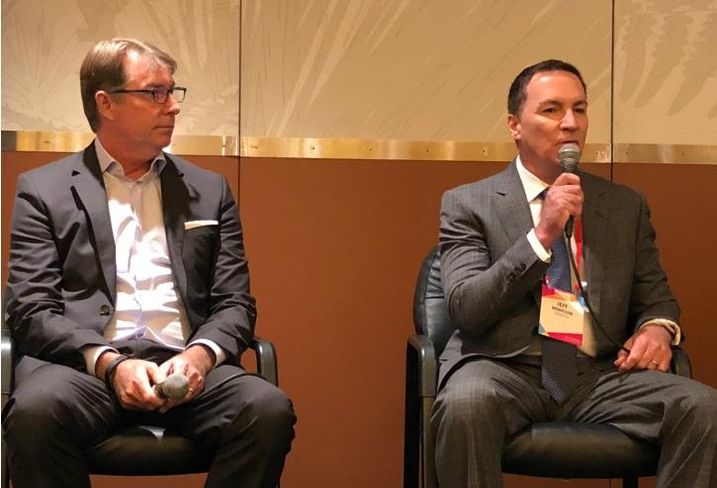 Stratis Vice President Jeff Morrison said there remains a lack of knowledge of what tech like smart home and the Internet of Things can do within the multifamily and student housing sectors.

"The initial trend was to trick out a single unit and not look at the larger building," Morrison said.

Morrison said firms like Stratis are looking to use IoT-enabled devices to give owners real-time insight into energy consumption, and enable them to have positive effects over performance. From the tenant perspective, it is about looking to create a more holistic experience.

4. Strategize Deep Into The Future 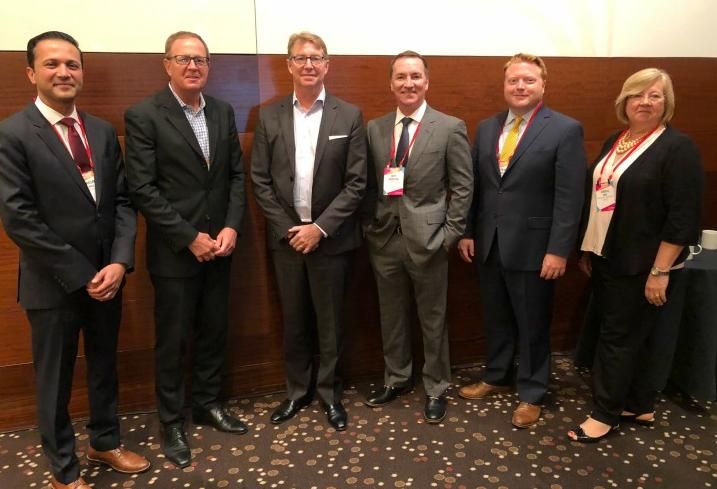 Zinwave CEO Scott Willis said owners need to start implementing technology with an endgame in mind. They have to understand where to take a portfolio and make the right tech choices to future-proof buildings.

Willis said the future of real estate lies in mobile and wireless technology. Tenants want untethered environments and are looking for owners to provide that.

"What we've yet to adopt is a full embracement of tech and creating the right solutions to monetize, so it is about more than lease-ups," Willis said. 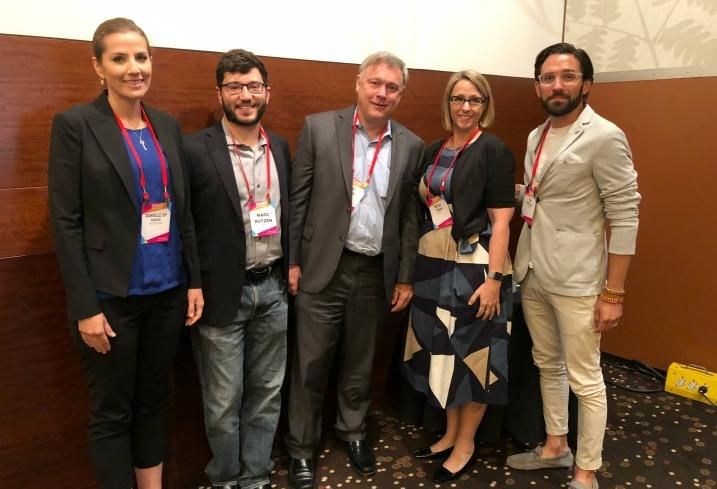 Vitatechnik President and CEO Danielle Dy Buncio said the biggest obstacle to embracing tech in real estate is the industry itself. There is room in real estate and construction for tech to fill the gaps with labor shortages and building more productively, and the slowness of acceptance is doing a disservice to a $7 trillion industry.

"The best and brightest minds are not coming to real estate and production," Dy Buncio said.

"They cut emissions by 20% over the past decade. Buildings have not. It is becoming more difficult for tech to intertwine with real estate," Swanson said.

Betsy Ziegler, CEO of 1871 Chicago, said those obstacles are gradually falling. Technology now accounts for 13% of Chicago's economy. The city is sixth in the world's top 20 tech ecosystems, with three straight years atop the heap in investor returns. In the investment space, every venture capital firm has real estate circled on its whiteboards, with a focus on big data and marketplace services. 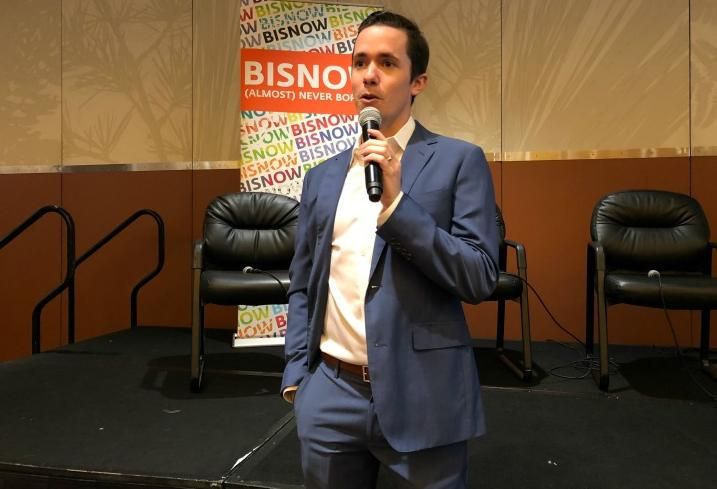 Pressbox Chief Operating Officer Drew McKenna said his company is seeing major growth in Chicago. Pressbox, a service where customers have 24/7 access to dry cleaning, is now in 250 apartment buildings in Chicago, and another 250 buildings in Nashville, Tennessee, and Washington, D.C.

Pressbox, which was recently acquired by Procter & Gamble, is launching in Dallas this week.