Retailers were running scared in the spring of 2020.

The frightening spread of the coronavirus and confusion about how it was transmitted led some shoppers to wonder if they could catch the disease from handling in-store products. State and city governments responded by shuttering many nonessential retailers while worried customers stayed home and ordered goods online.

Brick-and-mortar retail had already been declining for years, and for at least several months that first pandemic spring, whether it would survive in a recognizable form seemed an open question. Landlords and lenders alike worried that tenants would not be able to pay rent, leading to mass foreclosures and the permanent loss of many outlets.

“Nobody knew how to value retail, because nobody knew who would be able to pay rent, or what the world was going to look like,” Flagship Capital Partners Director J.C. Clemens said. The Houston-based lender and equity investor supports neighborhood retail centers across Texas.

But most retailers survived. As mayors and governors instituted safety protocols such as social distancing and masks, stores found they could operate, bring in revenue and start paying rent. Even though there was a big jump in delinquent retail loans, the number of troubled borrowers has been on a steady decline.

The delta variant surge is causing some worry among retailers, but the sector has proven it can survive Covid waves and most experts don’t expect a new wave of foreclosures or delinquencies.

“There has been greater and greater certainty about getting through and getting to the other side,” Mortgage Bankers Association Vice President, Research and Economics Jamie Woodwell said. “It’s highly unlikely we will go back to the situation we saw for retail at the onset of the pandemic last spring.”

Those initial numbers were sobering. The percentage of the nation’s total retail loan balance in delinquency quickly jumped to 15% in the wake of the March 2020 shutdowns, the second-highest of any property type. Retail was eclipsed only by the lodging sector, which soared to more than 25%, according to MBA data.

There was at least one silver lining in the retail sector. Less than 2% of CMBS loans on retail properties were delinquent just prior to the pandemic, and the rates for other types of loans, such as those from banks, credit unions, life companies, Fannie Mae and Freddie Mac, were even lower.

“The delinquency rates were extremely low,” Woodwell said. “The market was in very good shape, and that helped it meet the challenge the pandemic brought on.”

The retail sector has been healing ever since. By last month, retail loan balances in delinquency or foreclosure had shrunk to 9%, down from 10% in June, according to MBA.

That’s still elevated, Woodwell added, but the number of retail loans entering delinquency has accounted for just a few percentage points of bad loans for months. That shows there has been no new flood of trouble since that first wave in 2020.

The fact that retailers were able to get back in business made the difference.

“We don’t see that many these days that are not paying rent,” George Smith Partners Managing Director and principal Bryan Shaffer said.

“The big crunch was the first three or four months,” he added. “The people that fought and tried to stay in business were generally successful.”

“Put another way, if a borrower did not need relief in April, May or June of 2020, in most cases the borrower did not end up needing it at all,” stated an August 2021 report from Trepp, which monitors the federally regulated market for CMBS loans.

The delinquency rate for retail CMBS loans, which typically give borrowers less flexibility than ones from banks, credit unions and other lenders, fell to 10.54% in July, Trepp found, down from 10.71% in June and 16.1% one year ago.

The worst fears about a retail black swan event didn’t come true, Shaffer said, partly because many retailers adapted. Millions of consumers did log onto Amazon.com every month and make purchases they previously would have made at brick-and-mortar stores, but other retailers accelerated their own plans to sell products online.

“Shoppers also used Target.com and Walmart.com, so the major retailers are still pretty busy,” he said. “We haven’t seen mass distress in the market.” 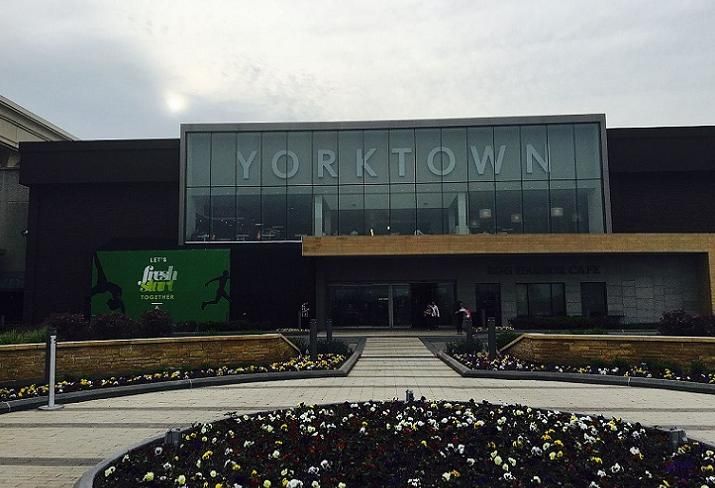 Adapting to Covid also benefited smaller operations, Shaffer said. One of his clients, a San Diego restaurant, took advantage of new city rules that allowed customers to sit in a vastly expanded outdoor space, increasing its seating capacity from about 100 to 300.

“By the end of last year, they were making more money than ever before,” he said.

Foot traffic at the nation’s restaurants, bars and other retailers has steadily increased throughout much of the year, further bolstering confidence. Nationwide, foot traffic is up 52% since the start of 2021 and 10.37% in the past 90 days, according to a new report from Zenreach, a San Francisco-based software marketing firm for brick-and-mortar retailers.

Top commercial lenders are seeing the impact of that revival. New York-based Signature Bank has about $55B in loans and stated in its latest earnings report that loans with no payments being made due to the pandemic sank from about $1B the previous quarter to $300M for Q2 2021, according to a report in Crain’s New York Business. Much of that overall improvement came from its office loans, but deferred retail loans were cut in half.

“We had a lot of fear and loathing at the beginning of the pandemic related to our retail exposure,” Alliant Credit Union Head of Commercial Lending Charles Krawitz said. “Happily, it proved unfounded.”

Alliant is a Chicago-based organization with about 500,000 members and nearly $1.3B in outstanding commercial real estate loans across the nation. Its roughly $200M retail balance includes many deals worth between $8M and $35M.

Its retail borrowers did have some tough moments last year. Many tenants were temporarily closed or lost big chunks of their business. Krawitz spent months working out deals for property owners who saw rent collections plummet.

“The people who said, ‘the sky is falling, and we can’t pay you anything anymore,’ well, that didn’t work for us,” he said.

Instead, it gave borrowers a mixture of diminished payments on the principals or interest and some abatements based on their properties’ condition and the amounts of revenue that started to flow in once the worst of the shutdowns ended. The strategy worked.

“There were multiple rounds of relief, but fortunately that all burned off and all of our borrowers are current,” Krawitz said.

Landlords had to adapt as well, primarily by seeking out new kinds of tenants.

“Obviously, we did lose some tenants, but leasing has been strong, and we’ve been able to backfill the empty spaces,” Edwards Realty Co. President Ramzi Hassan said. His Orland Park, Illinois-based firm owns and operates nearly a dozen shopping and mixed-use centers in the Chicago region, including the Burr Ridge Village Center in southwest suburban Burr Ridge.

Hassan said many soft goods stores didn’t last long once the shutdowns hit, especially if they carried debt and didn’t have the infrastructure to handle online sales. But government assistance got others over the hump. Edwards filled the vacancies with medical tenants and pop-up shops, along with health and wellness outlets that provide activities like hot yoga.

"That's the stuff you can't get online," he said.

The firm’s rent collections were restored to a pre-pandemic level, according to Hassan. And its lenders are happy. The firm in 2020 negotiated a series of deals to defer payments on some loans, while paying for several months only the interest on others.

“That’s all paid back, and we are now in good standing,” Hassan said. “Where it concerns our lenders, it’s like night and day from where we were one year ago.”

But the delta variant’s recent surge does cloud otherwise sunny skies. Zenreach found that after increasing all year, retail foot traffic declined by 2.15% in the past 30 days.

“The data shows that customer foot traffic to physical stores and restaurants has flattened over the month of July, which we consider a reflection of the growing concern over new delta variants,” Zenreach Vice President of Marketing Megan Wintersteen said. “As mask mandates and restrictions are reinstated, we are expecting to see foot traffic slow across the board.”

And lenders are not in the clear yet. Borrowers are not paying the principal on about $4B of Signature’s loans, or roughly 7% of its total portfolio. An analyst told Crain’s New York Business that most of them were probably retail.

Krawitz said he’s carefully watching the data, but also expects most tenants to stay open and pay rent in the face of this new challenge.

“I think the public is loath to go back into hibernation,” he said. “Does it mean shoppers will have to go into stores with a sense of purpose, rather than lingering? Probably. But I don’t think properties will find themselves shutting down again.”

Clemens said he agrees, at least for the properties in Flagship’s portfolio. At any given time, the company has between five and 10 retail loans on its books, ranging from $2M to $15M, typically for small neighborhood strips in Texas of between 10K SF and 150K SF. The tenants include retailers such as veterinarians, laundries, liquor stores and other mom-and-pop outlets.

“All the essentials one needs while Covid is going on,” Clemens said.

That meant they were back in business after the first 30 or 40 days of shutdowns, which were less onerous in Texas, he added. Government assistance programs established early in the pandemic also helped some get through the first economic shock. Flagship did not see any disruption in payments.

“The people who fill these spaces are entrepreneurs, and they haven’t skipped a beat,” Clemens said. “If they’re not open and operating, they’re not feeding their families, so they are ready to adapt and right now they are operating at a very sustainable level.”

The possibility of more foreclosures or an evaporation of foot traffic if the delta variant surge continues are no longer even the top concerns of retailers, according to Shaffer.

“The big problem now is keeping places staffed and getting enough employees to come into work,” he said.

Krawitz said he and many other lenders are even willing to jump back into the market for retail loans. Although the credit union didn’t find any retail deals during the pandemic that fit its risk profile, it’s now eying a loan for a Florida property that withstood the crisis and has a strong group of long-standing tenants. In addition, he expects some of his borrowers will soon refinance their loans with other players.

“That could be reassuring to me, because it would be an indication that money is returning to the marketplace,” he said.

MBA’s Woodwell said the organization will soon have data on whether or not the fears of delinquency have receded enough to spark a new burst of retail lending: “We will be coming out with our Q2 numbers later this week that will answer that question.”