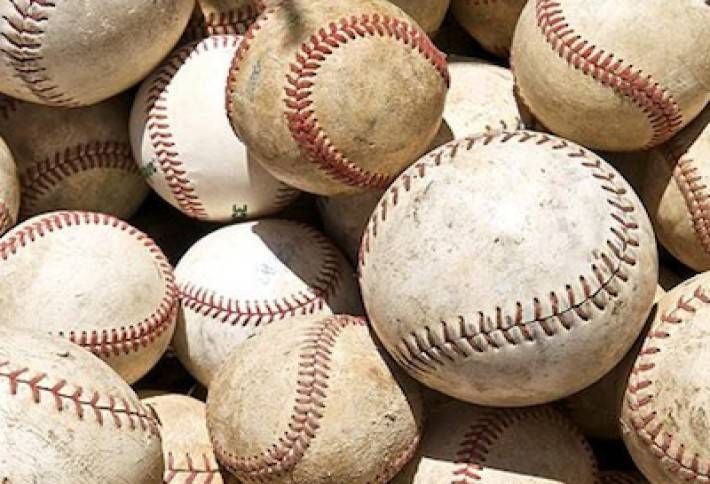 The Downtown Real Estate Softball League (DRESL) kicked off its 36th season May 6. The league, which commissioner Richard “Bowie” Klein started in a Oz Park lot littered with broken glass in 1979, now boasts 16 teams representing every major brokerage company in Chicago. New to the league this season is Sperry Van Ness. Here are the results from the inaugural week’s games.

It was the first instant classic of the season as the Goo Goo Dolls sneaked by CW in extra innings. Jared Funk stroked a three-run homer as CW powered to an early 11-4 lead after four innings. The Goos fought back with Alex “Alice” Cooper’s grand slam and knotted it in the sixth with key hits by Soup Campbell and Steve Degodny. CW pushed one across in the top of the seventh but the Goos answered with a Colin McKenna shot in which the relay home bounced off his head, which was unlucky for the ball. Grizzled old timer Al Brownstone knocked in the winning run with two outs in the bottom of the eighth. Matt Cowie homered for CW while John “Dr. J No No” Norris had a triple.

The Retailers took a few innings to dust off the cobwebs before getting their first win of the season against J.F. McKinney. McKinney started out with a quick 5-1 lead after two. The Retailers came alive in the fourth with nine consecutive hits and nine runs, and never looked back. Hitting stars were Dan Rose (3 for 3), "Hip Hip" Jose Gonzalez (4 for 4), while Danny “the Hebrew” Hammer and Chris “Mittens” Matthews each went 3 for 4. JFM was probably tired from counting all the money they're getting from Cushman.

It was a battle of last season’s top two teams. Inland displayed the offensive power and aggressive play that made them the top seed in last year’s playoffs, with eight runs in the top of the first inning; all but one batter crossed the plate. The offense was stagnant until the fourth, when Inland again put up an eight-spot. Not to be deterred, DTZ’s offense got untracked in its half of the inning. Inland again rose to the challenge and put up two more runs in the fifth to win the game by slaughter rule. Offensive stars were Greg McNulty (3 for 4, two runs), Mike Janus (3 for 4, two runs) and Jeff Anderson (2 for 4, two runs and the game-winning sac fly). Second baseman Farhan Ali and left fielder Brandon Fults each made miraculous plays to slow any serious DTZ offense.

A spunky BA squad started its push for serious playoff contention with a nice win over the perennially challenged CTK. BA pitcher Ben Azulay got off to a shaky start and allowed four runs in the early frames. He settled down and CTK only crossed the plate once more. BA’s defense sparkled and turned three double plays. Still, the game was close until BA opened up for six runs in the seventh. DTZ offseason acquisition Ryan Lindquist homered twice, while Tom Hanrahan and J.H. Heck turned in solid efforts. Brian Nickow was 3 for 3 for CTK, while Andy Cohen and Chris Woods each went 2 for 3.

Both teams played sloppily in the field but Colliers had their bats going consistently all night. Colliers plated three in the first, three in the second and five in the fourth as the game was called by slaughter rule. Zack Weiner pitched a great game for Colliers and had three hits. Wes McGowen, Andy Gooliak and “New Trier” Ned Frank each tallied three hits for Colliers.

The night started off very poorly for Klein's as the captain sent the team to North Avenue instead of Waveland. Klein's got there with just enough time to put on their cleats and CBRE wasted no time pouncing with a five-run first inning highlighted by a three-run smash to right field by rookie Bryan Lockard. Paul “The Razor with the Tesla” Reaumond displayed surprising power and supplied good defense at first base, while Mitch Adams was solid on the bump as CB led 7-1 after three innings. Klein’s fought back with five runs in the fourth and fifth innings before CB manufactured a run in the sixth. Klein’s battled back with two runs in the top of the seventh but ran out of gas. Marcellus Moore provided spark in the leadoff slot, going 4 for 5 with an RBI. Klein had two hits and an RBI. Johnny “Cocktail” Gaines went 2 for 4 and played admirably at third. Travis “Tree” Leiser went 3 for 4 with an RBI and Jason Shibata went 2 for 4 and two RBI.

Both MBRE and JLL came out strong with restructured squads. JLL was firing on all cylinders with three first inning runs. MB struck back in the second with  five runs. MB added two more runs before JLL got hot with three runs in the fifth and four more in sixth to take a commanding 10-5 lead. MB wouldn’t quit and capitalized on a couple of JLL errors, but with the tying and winning runs on base JLL’s Steve Milenkov speared a rocket to seal the win, leaving MB crestfallen but ready to rumble next week. Nick Tatro was perfect at the plate (4 for 4) with two RBI for JLL. Other contributors included Michael Burns (2 for 3, RBI), Tim Purtell (3 for 3, RBI), Dan Arling (2 for 3, RBI) and Vishal Shah (2 for 3, 2 RBI).