After 30 years of business-friendly mayors who have been strongly supported by the city’s commercial real estate industry, Chicago voters heading to the polls Tuesday will choose between two candidates who might be at odds with local real estate leaders.

Whether it concerns the use of public tax increment financing districts to create mixed-use communities, or a possible increase in the real estate transfer tax, candidates Lori Lightfoot, the corporate attorney and former head of the Chicago Police Board, and Cook County Board President Toni Preckwinkle both have taken strong stands opposed by most real estate professionals. 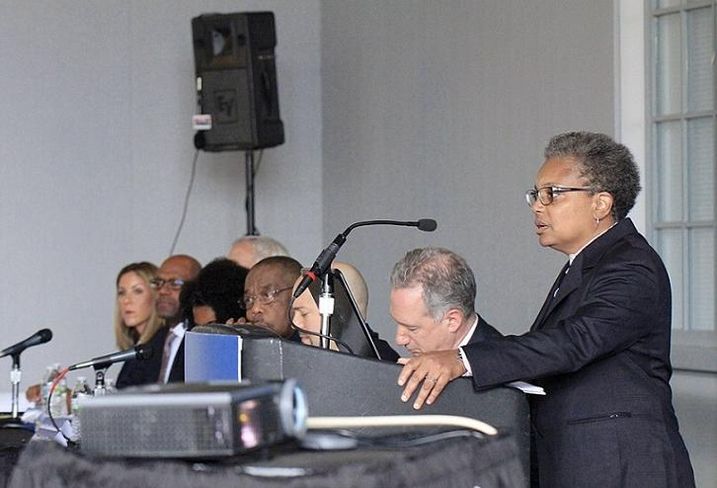 It is a historic turnabout from the approach of Mayor Rahm Emanuel, who for the last eight years could be counted on to back most of the industry’s initiatives. Many people credit the mayor with nurturing a pro-business climate that helped attract corporate headquarters to the downtown, sparking a revival of the office market.

Still, most in the real estate community seem confident they can eventually forge working relationships with whomever takes over in May. That is true even if she is not as corporate-friendly as William Daley, the former mayor’s brother and President Barack Obama’s former chief of staff, who garnered the most support and money from business leaders during the winter’s primary election campaign before finishing third.

The composition of the next City Council may be an even bigger concern, as it will have many new members who campaigned in opposition to the development community. And after decades of doing the mayor's bidding, most political experts believe the council is ready to be more assertive.

“We don’t know what to expect, and the unpredictability is the biggest worry, but at the end of the day, whomever is the mayor has to work with the real estate industry,” Bond Cos. President Rob Bond said.

Bond, the developer of Spoke in River West, said his colleagues have mostly sat on the sidelines ever since the Feb. 26 primary. More might concern themselves with politics if the runoff campaign lasted longer than five weeks, giving the candidates, who have remarkably similar views on an array of subjects, more opportunities to distinguish themselves.

“I think both are very bright, capable people who have had a lot of success in several arenas, but how that translates into success as a mayor, and who would be better, we don’t know,” he said.

Lightfoot started to attract some industry dollars, especially once polls came out showing she had opened up a huge lead over Preckwinkle, but data from the Illinois State Board of Elections show the amount from real estate remains relatively small, aside from a $500K donation to Lightfoot from Laborers' International Union of North America.

The Building Owners and Managers Association of Chicago gave Lightfoot a $5K donation, but the organization does not endorse candidates, and its leaders don’t seem too invested in the outcome.

“We did start to see some daylight between the views of Lightfoot and Preckwinkle, but it’s not nearly as dramatic as their contrast with Bill Daley,” BOMA/Chicago Executive Vice President Michael Cornicelli said.

In response to a set of written questions submitted to all of the primary candidates by the Chicago Association of Realtors last winter, Lightfoot initially hesitated, but later said she did not support housing advocates’ ongoing campaign to overturn the state’s 20-year ban on any form of rent control, a measure supported by Gov. J.B. Pritzker, but passionately opposed by the commercial real estate industry. Preckwinkle said she wants the ban overturned, but has not endorsed any specific rent control proposal for the city.

“Rent control is one area where we strongly agree with Lightfoot, but we have open doors with both candidates, and we are committed to having an open relationship with the new mayor,” Chicago Association of Realtors CEO Michelle Mills Clement said.

“Chicago will also have its first African-American woman mayor, and that’s something we do celebrate,” she said. 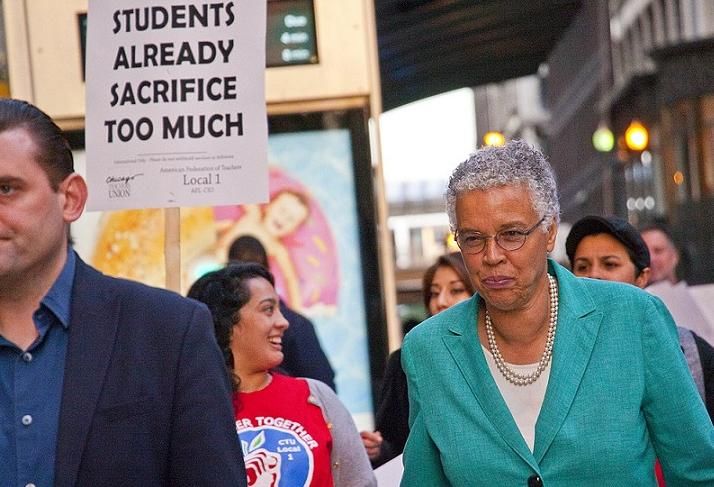 Whatever the public disagreements between commercial real estate leaders and the candidates, whether it is about setting up a TIF district to funnel $900M to Sterling Bay's Lincoln Yards development, or boosting taxes to fund programs for the homeless, Bond believes the differences will diminish somewhat once she is in office.

"Running for office is a lot different from governing," Bond said.

The new mayor could confront a $500M hole in next year's budget, he pointed out, along with even more expensive pension obligations in the years ahead.

Much of the money to fill those holes will come from taxes collected on the many new office and residential towers that rose during Emanuel's time in office, and Bond expects both candidates will work hard to keep the downtown expanding.

Furthermore, Emanuel and his City Council allies have already locked in approvals for many of his top priorities. They kept the $6B Lincoln Yards development moving quickly forward through various committees even as developer Sterling Bay had to scramble and make last-minute changes due to community opposition. It should win final approval at the next council meeting in April, and even though Lightfoot and Preckwinkle criticized the process, Bond is confident neither wants to derail the project.

"The only thing both have said is, 'let's slow this down so we can study it,' so I believe it will go forward largely as planned, except the new mayor will want to have her imprint on it."

Although both candidates express support for raising taxes, policies generally opposed by the business community, it is not clear whether that would impede the migration of suburban companies into the city's central business district.

BOMA and JLL recently completed a survey of corporate decision-makers, and found the most important factor in deciding where to locate headquarters was overwhelmingly not tax rates, but access to talent.

Cornicelli said the flood of college-educated millennials into the urban core shows no sign of drying up, and he expects Chicago will continue attracting its fair share of companies, even in the post-Emanuel era.

"The business community recognizes that additional revenue will be needed for schools and pensions, but I'm worried we will reach a tipping point, when business leaders decide taxes are too high and say, 'we're going to Denver.'"

The identity of the next mayor is not the industry's only anxiety.

"She's going to have a more vocal City Council to deal with," Cornicelli said.

In addition to primary day losses by Emanuel allies like 1st Ward Alderman Joe Moreno, who was defeated by community activist and former vice president of the Logan Square Neighborhood Association Daniel La Spata, and the retirement of scandal-plagued 25th Ward Alderman Danny Solis, former head of the powerful Zoning Committee, 14 wards could get new representatives after next Tuesday's runoff elections.

Although the Realtors stayed neutral in the mayor's race, Clement said they decided to endorse 11 City Council candidates, including 46th Ward Alderman James Capplemen, who took over the Zoning Committee in the wake of Solis' departure.

"Most aldermanic candidates are demanding a greater voice, especially in choosing who their committee chairs will be, something that was for a very long time the prerogative of the mayor," Cornicelli said.

He believes the loosening of control by the mayor has a possible silver lining.

"The mayor will finally have countervailing forces she has to deal with, and hopefully, that results in a more open and transparent process."