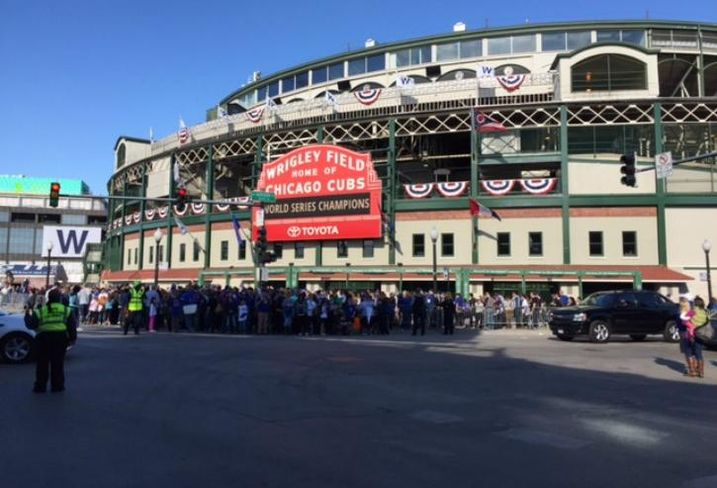 It's been five days since the Cubs did the impossible and won the World Series, and the celebrations continue unabated. Wrigley Field is the happiest place on earth, with fans flocking to the Friendly Confines to take a picture in front of the ballpark's landmark marquee, which reads "World Series Champions" for the first time ever.

The Cubs fans in Chicago commercial real estate spared no expense supporting the team during its fantastic voyage. A few shared their experiences with Bisnow. 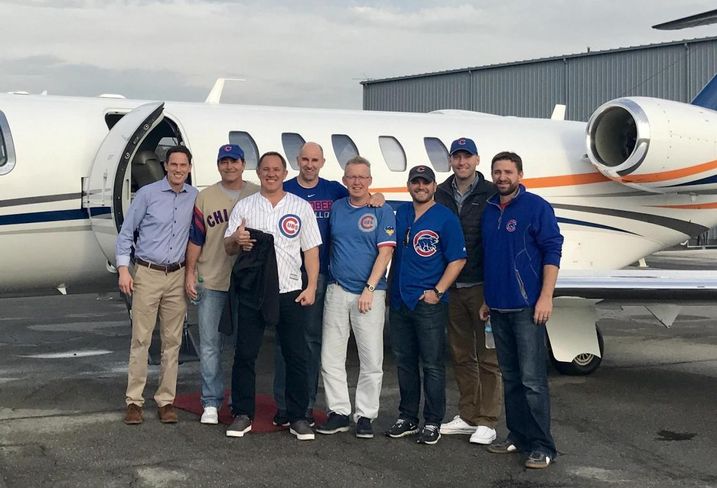 Members of CA Ventures' executive team and senior management, including CEO Tom Scott (center, in light blue), principal Bob Gillespie (left), Steve Hussey (fourth from left) and SVP John Diedrich (second from right) made the pilgrimage to Cleveland in style. They chartered a jet for Game 7 and made it in time to celebrate along with hordes of other Cubs fans. 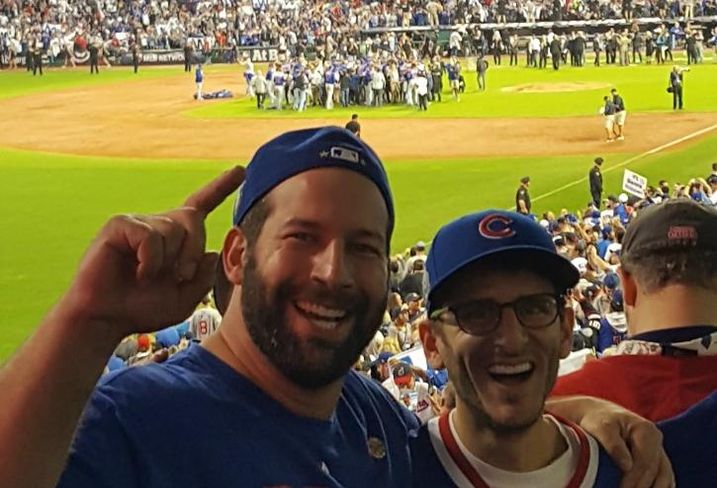 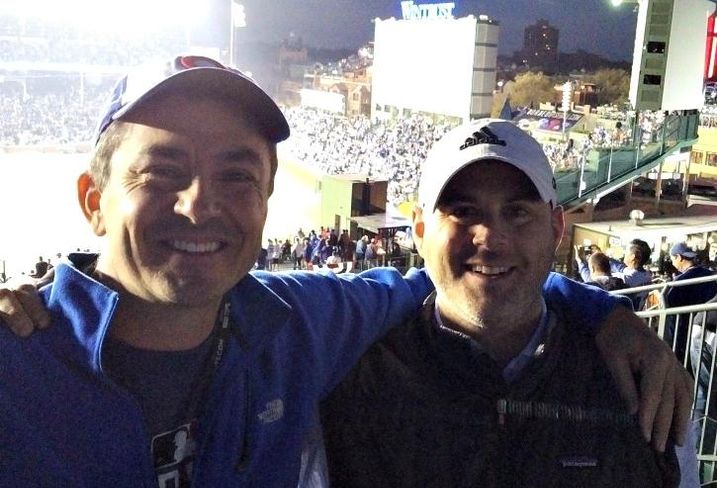 Cushman & Wakefield president Shawn Mobley (left) and executive director Ari Klein didn't make it inside the Friendly Confines for Game 5 but they did the next best thing. Shawn and Ari watched the game from one of the rooftops surrounding Wrigley. C&W EVP Dan "Maz" Maslauski had better luck and secured tickets to Game 5 with his son. 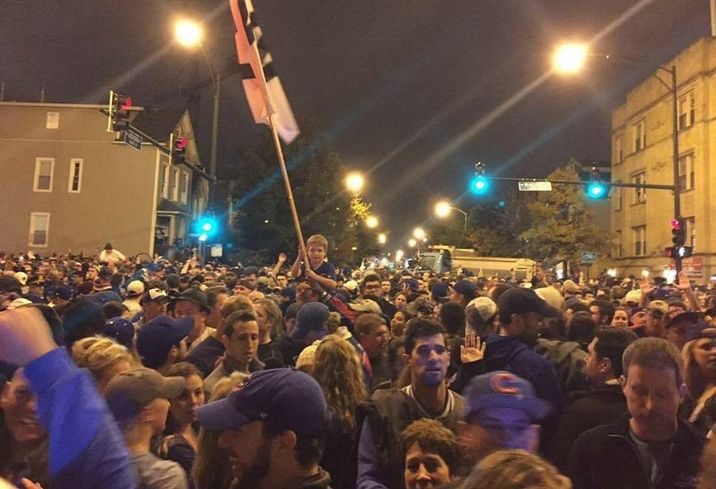 On the night the Cubs broke the curse, the son of Cushman & Wakefield Americas head of marketing Adrienne Fasano was hoisted on his father's  shoulders to fly the W!