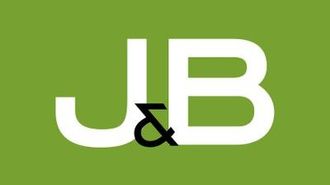 Chicago law firms are grappling with space concerns after relocating to offices with fewer SF or accommodating a growing team in existing ones. Jenner & Block partner Donald Resnick, head of the firm's real estate practice group, gave us a window into the issues firms have been forced to address.

Virtually all large law firms moving into new buildings are taking less space than they currently occupy, creating negative absorption whenever they move.

Law firms that signed leases prior to 2007 or 2008 generally took more space than they ultimately needed, based on unforeseen changes in hiring practices. That's led to rampant subleasing. Historic growth patterns for most large Chicago firms changed during the recession and have not reverted to pre-recession levels.

To prevent that, Chicago law firms are considering three options for their offices. First is a New York space-use model, in which young associates are assigned shared or interior offices to conserve valuable real estate. Second, firms consider whether to change to uniform, one-size offices for all attorneys (a model most partners, who are accustomed to large offices, dislike). Lastly, they could maintain the status quo but shrink perimeter offices.

Attorney-to-secretary ratios, which 10 years ago might have been 2:1, are now 5:1 or greater.  Interior space previously devoted to secretarial staff has to be repurposed, making demountable walls and similar items that provide flexibility highly desirable.

Most law firms, unlike other professional services firms, are resisting the recent trend favoring open floor plans with common areas, sticking with private offices, given the nature of the work and traditional nature of firms. There is, however, a renewed consideration for more conference rooms on all floors.

To learn more about this Bisnow sponsor, click here.