West Loop Continues To Outshine All Other Submarkets

The West Loop continues to outperform all other Chicago office submarkets. Its mix of new, state-of-the-art trophy towers and redeveloped historic structures like the Old Main Post Office attracted another stream of tenants in the third quarter. That sent vacancy rates down again, and rental rates keep rising, signs that the developers launching or finishing new projects across the West Loop have made good bets. 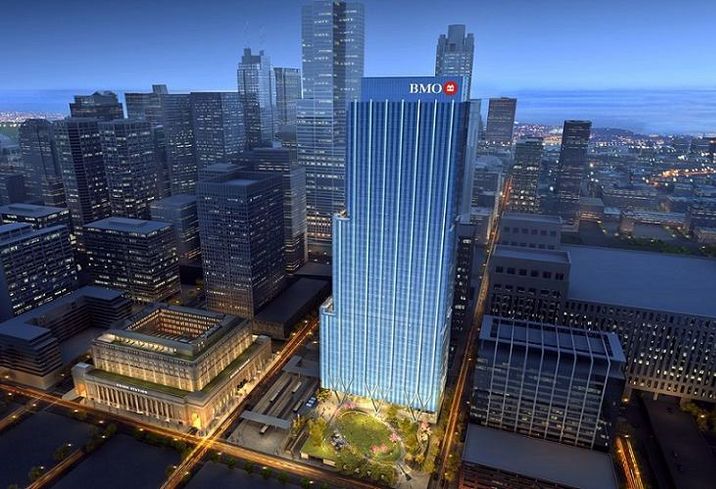 Robust leasing activity resulted in 377K SF of positive net absorption during the third quarter, the most of any submarket within Chicago’s Central Business District. That brings the overall vacancy rate to 11.6%, a decrease of 80 basis points from the second quarter, according to a new report from Colliers International. Class-A vacancy decreased by 130 basis points to 10.8%.

The submarket saw more than 1.3M SF of leasing activity, or roughly 76% of the total for all of downtown Chicago.

“In total, the demand for high-quality Class-A assets has driven much of the absorption activity within the West Loop last year and is expected to continue; however, in doing so, the amount of lower-quality space which will become available as the aforementioned tenants leave, will invariably increase vacancy rates across Chicago’s CBD,” Colliers said in its report.

Average asking rental rates were $44.57 per SF at the end of the third quarter; West Loop office rents have on average risen by 3.48% year over year for the last five years.

Colliers said it is possible the West Loop vacancy rate will rise in 2020, as 601W Cos. expects to deliver by the end of the year roughly 2.5M SF of office space at the Old Main Post Office, and The Howard Hughes Corp. should in 2020 finish 110 North Wacker Drive, a 1.5M SF tower. But that is only if no new leases are announced, an unlikely scenario considering how strong leasing has been at both properties. 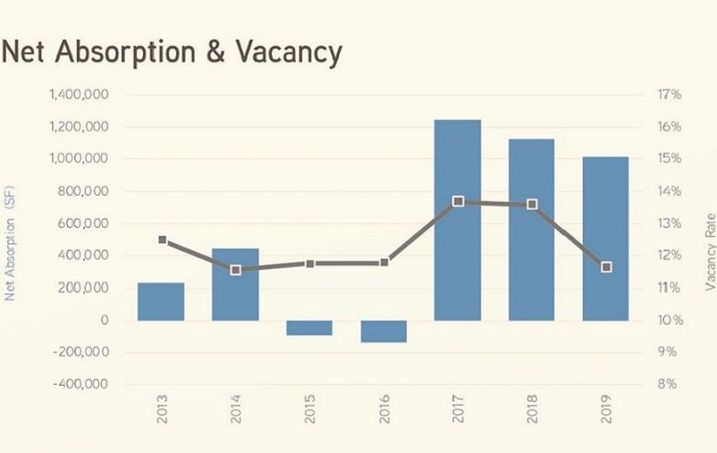 Tenants have already taken 1.7M SF at the post office, including nearly 1M SF in the third quarter, according to Colliers, and more than 1M SF at 110 North Wacker.

And the construction boom will continue.

Riverside Investment & Development Co. will begin construction on The BMO Tower, its Union Station development, later this year. Upon completion in 2022, the office tower will add 1.4M SF to the West Loop, and it is already roughly 34% pre-leased.