CBRE Global Investors recently signed three new leases or renewals at Chicago’s 150 North Michigan, part of 196K SF in leasing activity since it bought the iconic slant-roofed tower at the corner of Michigan Avenue and Randolph Street in 2017 for $121M. Company officials said the East Loop tower is now 87% leased, and partly attribute that success to a new national amenity program, first rolled out last year at 150 North Michigan and then nearly 20 other properties nationwide. 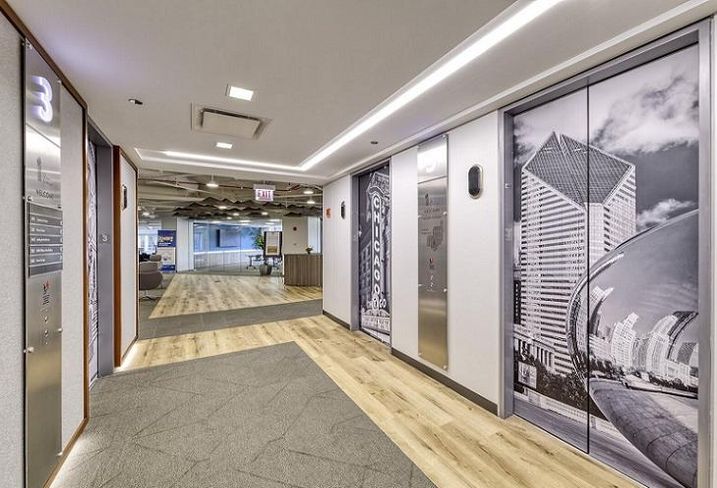 The nation’s historically low unemployment rate has many companies struggling to hire and retain qualified workers, and more are expecting landlords to help. CBRE GI responded by launching its Above and Beyond amenities program in much of its national portfolio. A&B uses a combination of on-site hospitality managers and artificial intelligence that ties everyone in a property to its community spaces, other features and neighborhood amenities.

“Our clients are in an absolute battle for talent,” CBRE GI principal and head of U.S. Asset Management Mark Zikakis said. “So, we feel like the best way we can help our clients is by creating an experience that tenants notice when they first walk into a building.”

In the newest series of leases at the 654K SF 150 North Michigan, totaling about 59K SF, the German American Chamber of Commerce of the Midwest decided to take a full floor, while Insight Global Tech will occupy 11K SF on the 36th floor and law firm Jackson Lewis inked a long-term renewal for nearly 30K SF on the 24th and 25th floors.

The deals also come in the wake of a $7M redevelopment. CBRE GI redid the lobby, adding new gathering spaces and decor, along with sets of private phone rooms, lounges and high-tech conference rooms.

“Ten years ago, building lobbies could be beautiful, but they usually had a minimalist look, and tenants were just meant to pass through it on the way to work,” Zikakis said. “Now our lobby looks like a hotel lobby, with very comfortable seating and conversational zones.”

The building already had a tenant lounge when CBRE GI bought it, but it was tucked away on the third floor, so the company took down walls that hid the space from passers-by, and created a fully staffed amenity center. 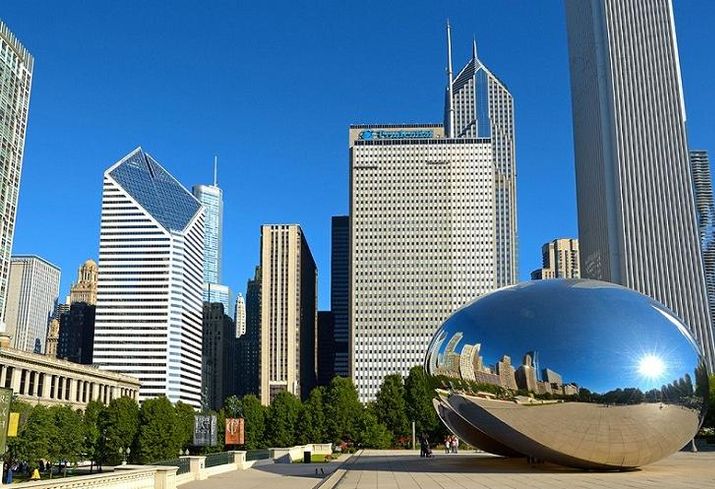 “Now when the elevator door on the third floor opens, you get a clear view into our new tenant lounge and conference facilities,” he said.

The company also brought on two full-time, on-site A&B managers, trained by Ritz-Carlton, and located in the third-floor amenity center. Zikakis said it is an example of the company’s focus on tapping the expertise of the hospitality industry.

“They act more like cruise directors than traditional concierges,” and organize monthly networking and social events, oversee personalized event planning, make reservations and many other services.

Tenants can also use CBRE’s new “Host” mobile app that connects people to both building and neighborhood amenities, as well as all the events and services organized by A&B staff.

The A&B program now serves 18 office buildings across the U.S., with a total of about 9.4M SF and 464 unique tenants, Zikakis said. It is especially helpful for small to midsized tenants, ones without the wherewithal to provide significant amenities or hospitality-like services on their own, and CBRE GI has bigger plans for the A&B program.

“We’re looking to roll this out to more and more properties,” he said.

“Our goal is to increase occupancy to the low- to mid-90s range, and we have a fairly robust pipeline of prospects we’re working with,” Zikakis said.

“We will be exiting at some point in what I would call the medium term.”