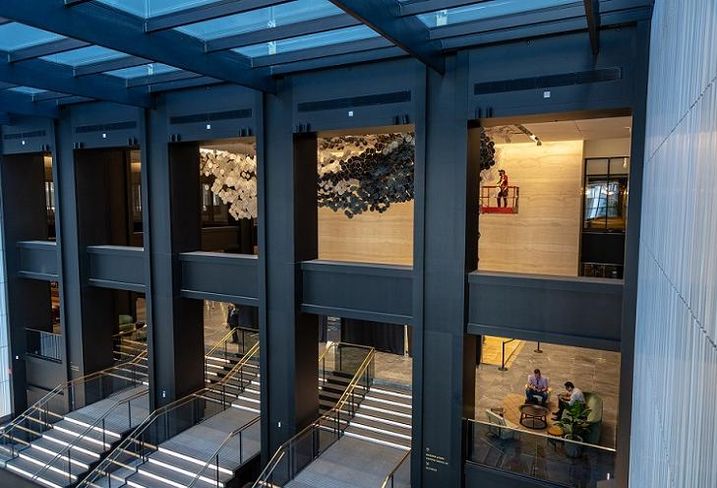 Savills just completed a 30K SF lease on behalf of Vi, a national developer of retirement communities, which will move in 2020 from 71 South Wacker Drive to occupy Willis’ entire 84th floor. The new lease comes just after United Airlines agreed to renew its lease for 858K SF on the tower’s lower 16 floors.

The building is now more than 95% leased, she said.

"We are transforming the Willis Tower lobbies to be interactive, energized spaces that inspire curiosity for tenants and set the tone for the rest of the workplace experience,” EQ Office Senior Vice President and Portfolio Director David Moore said.

Landlords now consider such amenities essential when competing for tenants in Chicago's expanding office market. Since 2015, developers in Chicago’s Central Business District delivered more than 5.2M SF, according to Colliers International. In the six buildings totaling 2M SF delivered in 2018, tenants had already either pre-leased or occupied 86% of that space by the end of the year.

With several other significant projects on the way, including the 2.5M SF Old Main Post Office redevelopment, the 1.4M SF 110 North Wacker Drive and several new towers in Fulton Market, that robust leasing activity will be needed to keep the market balanced between supply and demand.