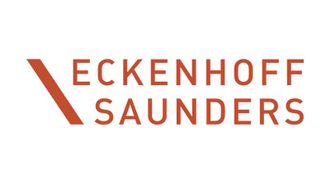 Is There Really No Place Like Home? How Office Amenity Programs Can Help Bring People Back

Ever since people bid farewell to the office in March 2020, many have grown accustomed to the flexibility and independence of working from home. As companies make plans to bring employees back, they have to ask themselves how they can compete with the comfort of doing work in pajama bottoms and slippers.

For Eckenhoff Saunders, a Chicago-based architecture, planning and interior design firm, creating an office for the post-pandemic era starts with designing a space that enables the one thing that is impossible from home: in-person collaboration. From there, it’s about bringing in amenities that represent the look and feel of the company’s location and brand, two things employees also struggled to connect with from home.

To achieve this, associate principal Chris Nikkel said, architects and designers need to think beyond the traditional function of the office and focus on the story of the space.

“When it comes to commercial workplaces, architecture and interior design are so integrated,” Nikkel said. “You have to be thinking about furniture, interior finishes and lighting when you’re considering initial programming and planning. The selections play an important role in determining the overall schedule and budget. While architecture explores the question of ‘What is the building or function?’, the interior design team helps in really defining what the story is for the client’s space.”

In March 2020, the firm was in the early stages of designing a new building amenity program for a Class-A office property at 201 East Washington St. in downtown Phoenix, Arizona. The team had already been working remotely on this project, with the architects and interior designers based in Chicago and the construction team located in Phoenix. The onset of Covid meant that the team pivoted to a work-from-home scenario and did the majority of the project via online collaboration. Nikkel said the architects and designers primarily worked together using videoconferencing throughout the planning, construction and design phases, to create a cohesive, collaborative space.

Christina Mazurek, interior designer at ESA, said that to bring the interior design to life despite the challenges of the pandemic, she embraced creative methods, such as creating and shipping boxes of materials with different finishes to clients. This allowed them to get a firsthand feel of what furniture would eventually go into the office.

“Even though we couldn’t physically meet, they still had the opportunity to touch the materials and know exactly what they were getting,” Mazurek said. “Ultimately, this was a successful strategy that allowed for collaboration and helped assure the client what the design would truly feel like.”

Today, that project is ready to welcome employees back.

Nikkel said that in addition to having the right furniture in place, a post-pandemic office should also include amenities that employees can’t find at home. The project involved revamping the lobby and introducing an amenity center with an event space, conference rooms, library and tenant lounges, a fitness center and management office. It also includes a wall that can open up to the outside, letting in fresh air and giving tenants a view of the lively street below.

These design features encourage open collaboration, Nikkel said, while giving employees the types of modern amenities and variety of space they want and can’t find in their living rooms.

“We want people to come back to a space that is both comfortable and flexible,” Mazurek said. “Most of the furniture was meant to look like it was locally sourced to reinforce the idea of place and community. We also incorporated things like books and games on the shelves, so people can feel like they’re in their own living room, while still having corporate areas within the lobby.”

Nicole Anders, senior interior designer at ESA, said the design of the building is also meant to highlight the versatility of downtown Phoenix.

“The evolution of the design centered on a juxtaposition of day and night: professional for the day but cool at night,” Anders said. “Everything you do from a design standpoint should focus on place. We want the building to look like Phoenix, with nods to the Southwest through geometry and palette, without leaning too heavily on the Southwest motif.”

Nikkel said that in the future, companies will need to permanently rethink their office and amenity design to give employees the space they need to be comfortable, collaborative and productive.

“I think as we look at what the office should be, it’s critical that office space becomes more than just desks and conference rooms, and more of a place for them to reinforce their brand and culture,” Nikkel said. “I think the important thing to take from this is that the office is not ever going back to what it was, and that’s not necessarily a bad thing.”

This article was produced in collaboration between Studio B and Eckenhoff Saunders. Bisnow news staff was not involved in the production of this content.

Eckenhoff Saunders
We believe architecture is about more than designing a structure, it’s about balance. Between form and function, requirements and vision, innovation and tradition. Between the building, the environment, and the community it serves. We enhance these relationships with compelling design solutions. Founded in 1983, the leaders envisioned an architecture firm that was diverse, balanced, and practiced client-focused design. Over the past 30 years, the ESA team has grown to over 50 architects and interior design professionals. Together, we have earned a reputation for distinguished design and excellent service.
Confirmed! You are subscribed to the Bisnow Chicago E-Newsletter.
Most Read Stories
More Top Stories
Bisnow Chicago Newsletter
Bisnow Chicago Newsletter