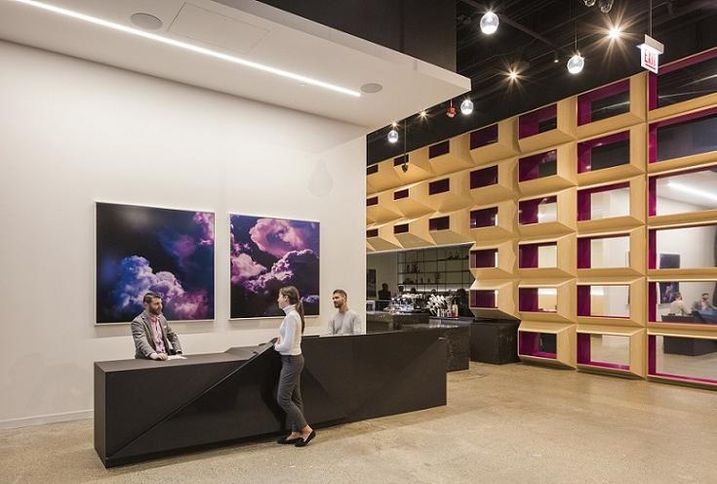 Flexible workspaces have spread across the city's downtown, and Convene, one of the nation's largest providers, is getting ready to further expand an already significant Chicago presence.

The 50K SF space includes a first floor, publicly accessible common space and a café. On the second floor, Convene operates a full-service meeting and event space for both the building’s tenants and local companies; it accommodates up to 280 people.

Setting aside big chunks of space for amenities has become more common in Chicago, especially for landlords repositioning older buildings that will compete with the West Loop's new trophy towers.

"Most landlords now accept the fact that their customers have changed," Convene CEO Ryan Simonetti said.

Increasingly, tenants feel they need to provide employees with amenities and services equal to what guests of a luxury hotel expect, he said. Many landlords don't have either the expertise to provide that level of service, or the interest, opening the door for providers like Convene.

In addition, Convene was hired by EQ Office to open a 91K SF amenity space in its Willis Tower next year, part of that property’s $500M makeover.

Once all four locations open by 2020, Convene will occupy more than 325K SF in Chicago's downtown. But there is almost certainly more to come, Simonetti said.

The company, founded in 2009, concentrates much of its expansion efforts in the nation's largest office markets, including New York City, Los Angeles and Chicago, where it can scale up and build its brand most easily, he said.

Simonetti envisions 10% to 30% of the office market shifting over the next four or five years to a Convene-style amenities and services strategy, making him confident the company will expand its Chicago footprint to around 1M SF.

"We're a big believer in Chicago as an economic driver."