Not every proposed building actually gets finished. (Today's news about the Chicago Spire proves that.) Here's a look at five Chicago buildings that never made it to completion. Some never made it off the page. 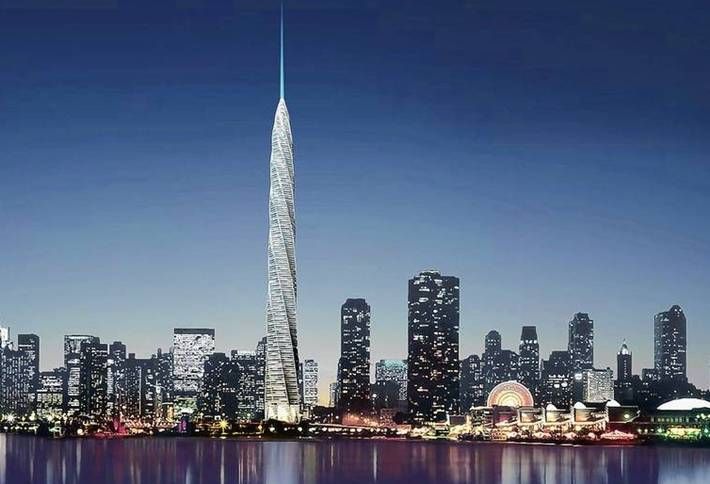 The now infamous Chicago Spire got as far as a hole in the ground, but this project from Spanish starchitect Santiago Calatrava appears to be stuck. Once imagined as the tallest building in the Western Hemisphere, its spire would've hit 2,000 feet. Alas, it was unable to attract enough financing and was hit with foreclosure lawsuits. Donald Trump once called the building a target for terrorists. (As is often the case, the people benefiting most are the lawyers.) Related now controls the real estate and does not plan to continue with the original plans. Now that the previous developer's bankruptcy is over, we're not the only one wondering, what's next? 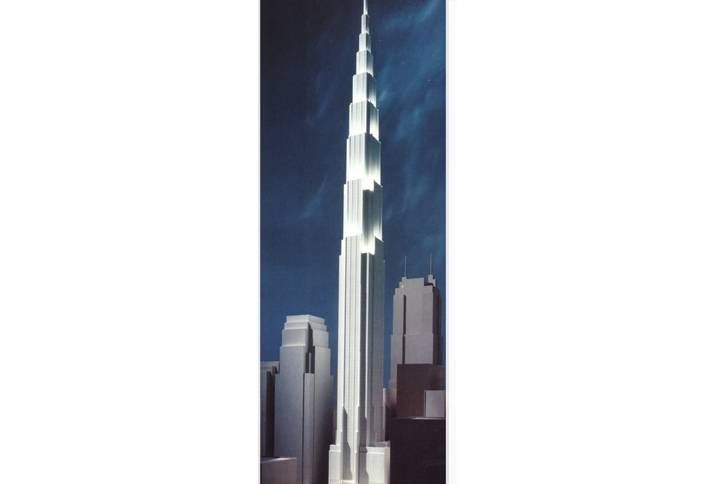 Proposed in 1988 as the tallest building in the world (surpassing the Willis Tower by 550 feet) it was canceled during the Persian Gulf War, which aligned with a real estate market crash. Architect Cesar Pelli did go on to build the world's tallest building at the time, the Petronas Twin Towers. But don't fret. You can always buy a picture of the model of what the Miglin-Beitler Skyneedle was going to look like. (They say a picture is worth a thousand stories, or something like that.) 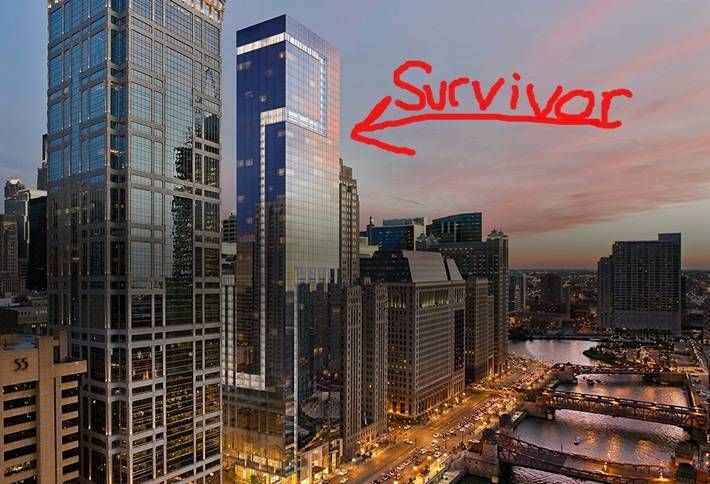 Chicago-based Teng & Associates had planned a 90-story building with 233 condos and 200 hotel rooms. In 2008 (you may recall the market was not great back then), construction halted on the 25th floor. Eventually, Related Cos. entered into a JV to develop a different building, OneEleven, the sleek, 60-story that sold for a record-shattering $333M in January. 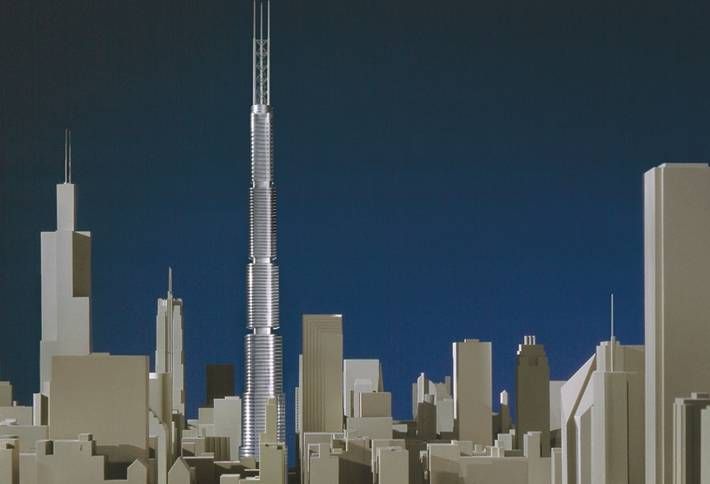 In 1999, the Chicago Plan Commission approved a 112-story building that would rise 1,537 feet (higher than the Petronas Towers). Before it broke ground, financing fell through, however. And later, the developer, Scott Toberman, pleaded guilty to stealing more than $1M from owners and tenants in office buildings he managed. In 2005, a much smaller, 571-foot one rose up, now known as One South Dearborn. 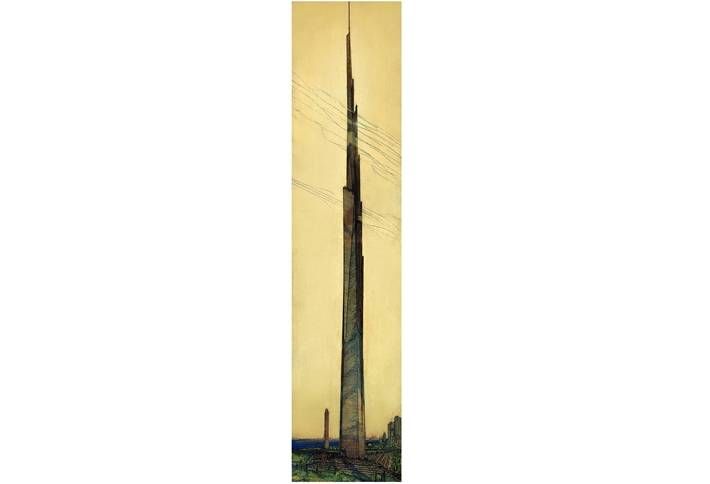 The sheer ambition of this Frank Lloyd Wright project still astounds. Proposed in the 1950s, its mile-high 548 stories would've been twice as tall as anything standing today. Consider this: Some of the plans for the tower were 26 feet high. Of course, lots of things got in the way of this project (most would argue physics was one of them). But even if you don't get this tower, you can drink Goose Island Brewing Co's IPA “The Illinois,” which is an homage to the skyscraper. And 9% ABV at that.