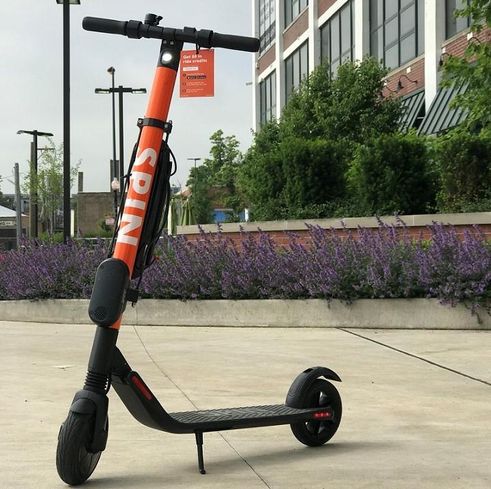 Chicagoans in much of the city were greeted Saturday with the sight of electric scooters darting along streets and sidewalks, as the city debuted a new transportation option that complements Divvy Bikes and ride-share companies like Uber and Lyft.

The four-month pilot program was approved by former Mayor Rahm Emanuel's administration shortly before he left office in May. Until Oct. 15, people across 50 square miles on the West, Northwest and Southwest sides of the city can between 5 a.m. and 10 p.m. unlock one of thousands of scooters with an app on their phone. After reaching their destination, riders don't have to secure it to a docking station like a Divvy bike.

Some multifamily providers see this as an amenity that will ease life for their residents, and are already taking advantage.

“The scooters are a great addition to our project in that they allow our residents to travel from their homes to the Blue Line and Logan Square in five minutes,” Hubbard Street Group Managing Partner John McLinden said.

His firm partnered with scooter-sharing company Spin to establish a drop-off/pickup point at HSG's The Field's Lofts, a 123-unit loft-style rental community at 4000 West Diversey Ave., near Chicago’s Logan Square neighborhood. Spin, a subsidiary of Ford Motor Co., is one of 10 scooter companies participating in the pilot program.

The scooters, located on the property’s surface lot, cost $1 to unlock and 15 cents per minute of use. Spin picks up its scooters wherever they are parked around the city every evening, and returns them to its pickup points the next morning.

An estimated 46% of car trips in urban areas are less than 3 miles, and e-scooters and bikes are often more convenient and affordable than taxis, public transportation or walking, according to a 2019 Cushman & Wakefield report.

Since 2017, e-scooters captured a 3.8% market share in the markets where they operate, according to the report.

The Field’s Lofts, housed in a portion of the former Marshall Field’s warehouse, welcomed first move-ins in April and is 50% leased.

McLinden said on the first weekday the Spin scooters were available, they were all gone by 8 a.m., a sign that residents use the vehicles to ease their commutes.

“We’ve already requested double the number of scooters,” he said.