Next Generation Of Renters Won't Be Easy To Satisfy — They Want Lower Costs, And Better Amenities

Experts say it is unlikely the demand driving the multifamily sector forward will dissipate in the near future, and with thousands of additional units coming online across Chicago and its suburbs in the coming year, developers increasingly need ways to differentiate their new product from the competition.

That can mean learning from the mistakes of the past when it comes to designing amenity spaces, staying on top of demographic trends that govern what kind of apartments will secure leases, and at the same time, keeping an eye on the ever-escalating construction costs that now threaten every new development.

“As a builder, we are always asking, how do we get millennials out of their parents’ basements?” Cullen Construction Management President Shaylyn Cullen said. “At the same time, we are also always tasked with cutting construction costs.” 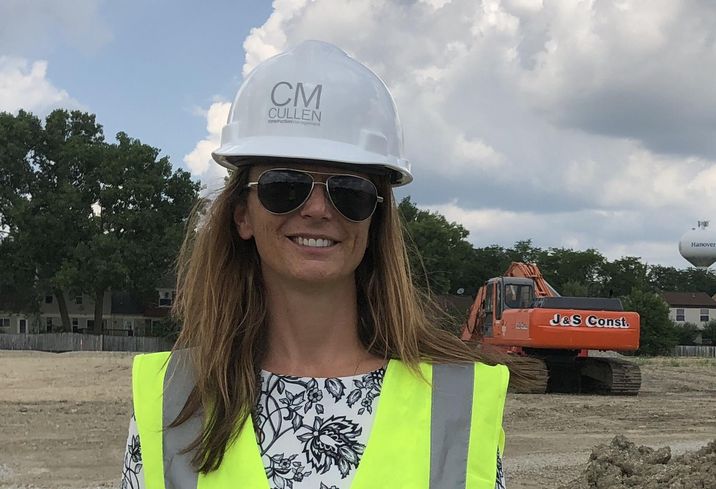 Shrinking the sizes of planned buildings could become more common as costs continue escalating, partly due to the nation’s trade wars.

“Compared to this time last year, construction costs have increased 4% in Chicago and 3.9% nationally,” according to Mortenson Construction’s latest cost index.

“If you could cut just 10K SF out of a building, you might be able to make a project work,” said Cullen, who will speak at Bisnow’s Multifamily Annual Conference Midwest on Nov. 14.

Attracting young people to their first apartments fuels much of today’s development, LG Development Group partner Brian Goldberg said. Smaller buildings may not be a handicap, since what most new renters need these days is something affordable. That typically means smaller unit sizes, which renters will accept, as long as developers provide amenities that make buildings feel like home.

“I think there is an affordability issue across the city,” he said. “We haven’t seen wage growth keep up with rent growth, and we are cognizant of that.”

Marcus & Millichap forecasts that rental rates in the Chicago metro area will jump 6.6% in 2019, following a 5.9% increase recorded in 2018, according to the firm’s third quarter market report. Strong demand has kept the vacancy rate steady at just 5.3% over the past year, and new construction is expected to slow down modestly. After finishing about 9,200 rentals last year, developers are expected to complete around 8,400 this year, a pace above the five-year average. 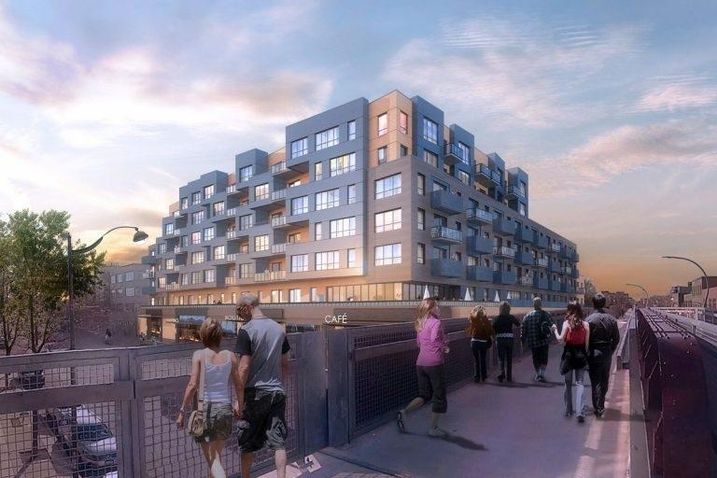 Accurate statistics on the average size of new units are hard to locate. Still, multifamily experts say developers are finishing a lot of smaller units.

Both he and Goldberg will also speak at the Nov. 14 conference.

“We are still doing a mix of apartments, including three-bedrooms and two-bedrooms,” Cullen said. “So, the market is there for that.”

But alongside those apartments, developers increasingly want studios, one-bedrooms and micro-units so they can attract a very diverse population of renters.

“All of our city work is going in that direction,” she said.

LG Development Group early this year delivered 330 South Wells St., an adaptive reuse of downtown’s historic 16-story Insurance Center Building, which provides its renters with a collection of studios and one-bedroom apartments, some for $1,600 or less, Goldberg said.

The units range from just 394 SF up to 658 SF, and with those sizes, residents will usually spend a lot of time outside their apartments, he added.

“That’s what has been driving this push for better and better amenities,” Gilberti said.

“The size of the apartment is no longer as important, because residents can now live much of their lives in the amenity spaces,” Cullen said.

“It’s better to have cozy amenity spaces, lounges rather than gigantic party rooms,” Goldberg said. “You might have only two or three people using the lounge at one time, and you don’t want them to feel like they are in a giant empty space.”

Gilberti said it is important to rethink the amenities that have become common. The desire among millennials for environmentally sensitive transportation options have led most developers to include bike storage rooms in new multifamily developments, but in several of Gilberti’s recent projects, the bike room has become much more.

The idea is to make each one into more of a lounge where biking aficionados can handle repairs, hang out and talk about their hobby with other enthusiasts. 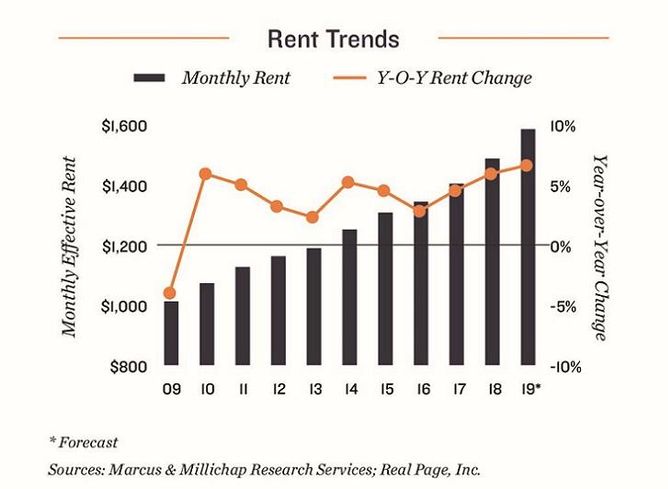 “It’s also a nice way to activate a street front without having to create a retail space,” he added.

Many desirable neighborhoods, especially along the train lines radiating out from downtown, filled up in the past five years or so with new apartment buildings, and with renters now having so many options, developers need to distinguish future properties with more than low costs or an array of amenities, Goldberg said.

He believes when potential renters check out a neighborhood’s available units, and visit a number of options, it means they identify with the area in some way, and want to make it part of their self-image. Buildings that present a theme, one that reflects the neighborhood surroundings or history, should fare well in the scramble for renters.

LG Development Group has already begun such a project. This fall, the company broke ground on 1744 North Western Ave., a 109-unit building adjacent to The 606, the popular running and biking path that stretches through Bucktown and Wicker Park to the West Side. Dubbed Trailhead, Goldberg said the building will open in about a year.

“We’re trying to make it appealing to those with a more active lifestyle,” he said, and the common areas will feel more like a ski lodge than an apartment building.

Other firms have dotted the neighborhood with multifamily developments, Goldberg added, including ones near the 606, and although these properties have done well, “we’re trying to take it to the next level.”

Trailhead will be the only residential building to have direct access to the 606, and LG Development plans an open patio and café accessible to residents and the thousands of daily trail users.

“Residents will be able to go for bike rides, or jogging out on the path, and then have a beer with friends on the patio. That’s the magic.”

Buildings can’t just be designed for the needs and desires of today’s renters, Gilberti said. He tries to look at any new building with one eye on the future. In 15 years, for example, people will most likely be driving even less than they do today, which could leave parking garages designed for 2019 empty and unused.

He doesn’t yet have a solution to this potential problem, but suggests new buildings could, instead of the low ceilings currently used for most garages, use ceilings the same height as residences, possibly allowing such areas to be eventually repurposed as living space.

“These are the things it’s important to plan for when it comes to building design,” he said.