A 100-foot-wide riverwalk lined with restaurants. Pedestrian and bike paths connecting the South Loop to Chinatown. A tech incubator. Skyscrapers as tall as 950 feet. These are only a few of the plans Related Midwest has for The 78, its 62-acre South Loop site. 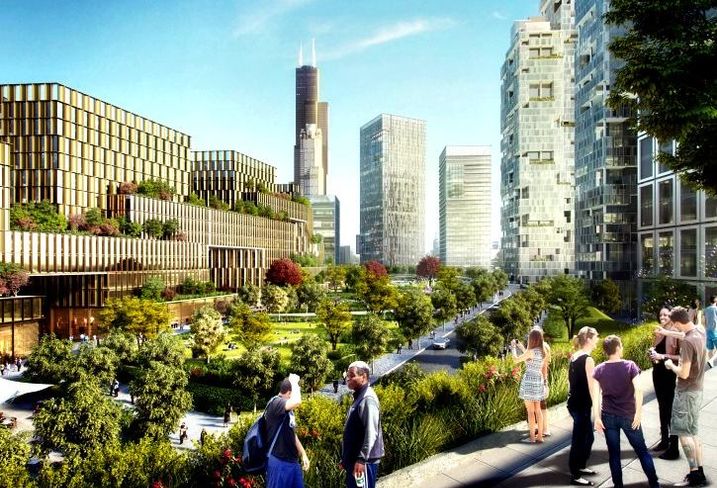 Courtesy of SOM, Related Midwest
Related Midwest's plans for the 78 call for a crescent park and skyscrapers up to 950 feet tall.

Related Midwest unveiled its master plan for The 78 at a public meeting Thursday night. The developer expects to spend up to 20 years and $5B redeveloping the site overlooking the Chicago River. Related Midwest President Curt Bailey said the development will draw from Chicago's history, culture and soul, and serve as a connection between the South Loop, Chinatown, Pilsen and Bronzeville.

The 78 was one of five Chicago sites an Amazon scouting team visited when touring the city as a possible second headquarters in March. 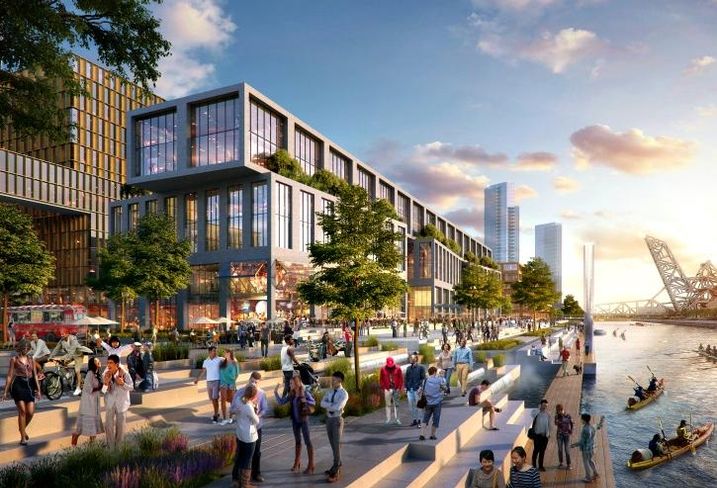 Bailey and Illinois Gov. Bruce Rauner in October announced plans for an innovation center on the site, the Discovery Partners Institute, which will be helmed by the University of Illinois system. The master plan, which was submitted to the city on Wednesday, calls for a city within a city that will attract thousands of office workers, homeowners, renters, shoppers and tourists.

A sizable portion of the site is being earmarked for public use. Plans call for a 5-acre riverfront with cafés, walking paths, a performance venue and bike lanes. A 7-acre public park with designated dog parks, playgrounds and flexible open space will be programmed to cultivate a sense of community year-round. Related Midwest and the city are reviewing plans to turn Clark Street into a walkable streetscape and to build a Red Line 'L' station at Clark and 15th streets.

The city plans to extend Wells Street starting this summer to improve access to the site. Extensions of east-west streets are also planned. 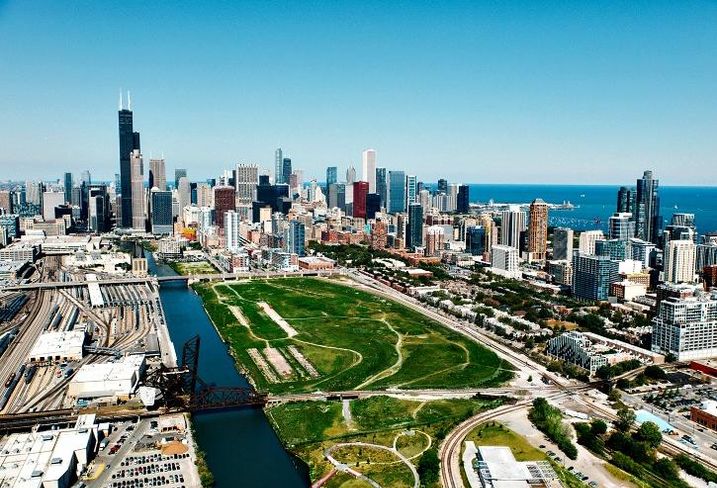 The 78's site has been vacant for decades as a litany of developers tried and failed to redevelop the site. Prior to Related Midwest's 2016 acquisition of the land, the site was associated with Tony Rezko, who steered $1.5M in campaign contributions to disgraced former Gov. Rod Blagojevich's campaign. Rezko wanted to build 4,000 homes on the site before he and partner Stuart Levine were convicted of wire fraud, bribery, money laundering and attempted extortion. He was sentenced to 10.5 years in prison and was released in July 2015.

Related Midwest has a solid track record for overseeing complex developments. It is wrapping up One Bennett Park, which will be Chicago's tallest residential building when it is completed late next year. Related Midwest is part of the redevelopment team for Lathrop Homes on the city's Northwest Side.