The Chicago region’s industrial sector keeps setting records for absorption and new construction, but the demand for industrial properties is surging all over the nation, even in small secondary markets, and just over the northern border with Wisconsin a new powerhouse is developing. 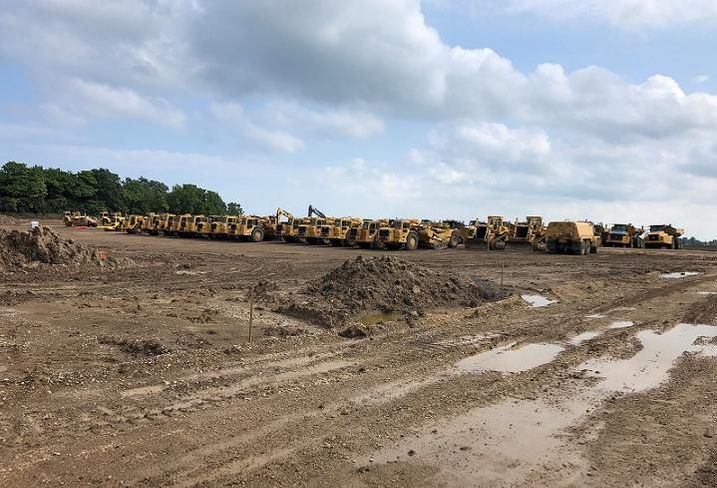 Wikimedia Commons
The Foxconn site in Mount Pleasant, Wis., under construction in September 2018.

The planned Foxconn factory in Mount Pleasant, along with the massive facilities built nearby by ULINE, both larger than 1M SF, are all part of a new industrial corridor along Interstate 94 between Chicago and Milwaukee.

Not surprisingly, Amazon helped lead the way. After completing a 1.5M SF fulfillment center in Kenosha, the e-commerce giant recently launched its largest Wisconsin project yet. Last fall, it broke ground on a 2.5M SF fulfillment center in Oak Creek, a suburb of Milwaukee, and plans to complete and occupy the building by the first quarter of 2020.

Developers say this area’s rise is not a mystery.

“It’s not Illinois, and there are a number of advantages just across the border in terms of lower taxes, lower energy costs, and stability in municipal government,” HSA Commercial CEO Robert Smietana said. He will be a featured speaker at Bisnow’s Midwest Industrial and Logistics Summit on June 4.

HSA was one of the first Chicago-based developers to begin working over the border. In the past few years, much of what had been underutilized land was furnished with the infrastructure needed to create industrial parks, including roads, water and electricity. Smietana said road construction recently accelerated even further around Mount Pleasant as the Foxconn plant takes shape.

Smietana said Milwaukee and its suburbs, and Southeast Wisconsin on the border just to the south, have deep labor pools, and any business locating in the latter can also draw workers from the Chicago region.

“A lot of potential users are looking at these markets, and there is simply not enough supply,” he said.

That imbalance has attracted investors.

“Industrial properties have become one of investors’ most favored asset classes, and as competition increases, more buyers are pushing into healthy secondary areas with good, stable economies and solid workforces, including Southeastern Wisconsin, Milwaukee, Madison and even north up to Green Bay,” Avison Young principal Erik Foster said.

In 2015, Foster helped CenterPoint Properties Trust complete the sale of a 1.8M SF industrial portfolio with properties across the Milwaukee metro area and Southeast Wisconsin to Dallas-based Westmount Realty Capital, one of the first significant out-of-state buyers to target the region.

Yield-hungry investors have poured into Wisconsin ever since.

As competition heats up between in-state private buyers for well-located Class-B and C properties, investors from neighboring states seek out other Milwaukee-area properties, where cap rates average in the mid-8% range, which exceeds Chicago and Minneapolis’ average yields by 100 basis points, according to Institutional Property Advisors National Director of Industrial Properties Alan Pontius. 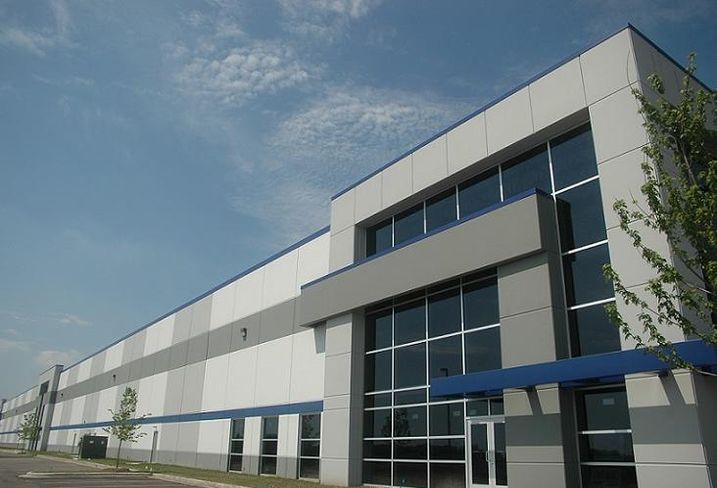 “Industrial properties in many, many areas of the country are performing very well, and Milwaukee is not an exception,” he said.

The already tight Wisconsin markets are likely to tighten further in 2019, ensuring investors that new buildings will fill up quickly and stay leased, he said.

According to IPA’s 2019 Milwaukee-area industrial forecast, developers in 2018 completed 1.5M SF in the region, nearly matched by the amount absorbed by users, and in the coming year, new completions will fall below 1M SF while tenants are set to absorb another 1.7M SF, pushing the vacancy rate down to 3.7%.

HSA Commercial plans to open a 132K SF speculative building this summer at Oak Creek’s OakView Industrial Park. It will also complete a 180K SF building there by the end of this year and a third building with more than 150K SF in 2020.

The vacancy rate in Southeast Wisconsin fell below 4% in 2014, leading to a construction boom that recently accelerated. Developers have six projects totaling 2.9M SF under construction, the greatest amount at one time in the submarket since the first quarter of 2015, according to Colliers International. The largest project is a 815K SF building for ULINE in Kenosha behind its existing building and near Amazon’s fulfillment facilities.

And even though the submarket’s vacancy rate jumped to 8.33% by the start of 2019, an increase of about 200 basis points over the past year, Smietana said there is still a shortage of Class-A space, which will only intensify as demand increases in 2019 and beyond.

“Absorption there has outpaced new completions almost every year since 2012 by large margins, and construction costs are growing rapidly, making it difficult to introduce new product,” Pontius said.

Furthermore, although local governments completed a lot of infrastructure work in the past five years, much of the land remains undeveloped, with little or no access to utilities, and developers like HSA have scrambled to buy up the limited areas suitable for development.

“This is still not a traditional submarket like around Interstate 55, one well-served by utilities and properly zoned for industrial use,” Smietana said.

The Village of Bristol in Kenosha County approved late last year HSA’s purchase of 68 acres for $9M, on which it plans to build a new business park. Bristol Highlands Commerce Center is slated to have at least two speculative buildings totaling 627K SF. The whole deal is contingent on the village creating tax increment financing districts that will help fund new roads and the necessary utilities.

“These projects are not for the faint of heart,” Smietana said.

The region will also need new residential developments before it can handle the thousands of employees flocking to manufacturing plants such as Foxconn, and Amazon’s growing stock of distribution buildings. But Smietana already sees residential developers, along with hotel and retail builders, poking around this part of the state, and said it is just a matter of time before it is a fully built-out market.

“We are still in the early stages, but everybody is focused on this area as the next frontier.”