Industrial owners and investors felt the economic shocks of March like everyone else, and many feared 2020 would be a rerun of the 2008-2009 collapse. But they quickly regained confidence as essential goods flowed through distribution centers and millions of homebound consumers became even more comfortable buying goods online.

“Our equity partners have said to us — ‘Keep going’ — so we don’t see this as a 2008-type event,” Dayton Street Partners principal Michael Schack said Wednesday during Bisnow’s Chicago Deep Dish: The Future of Industrial webinar. “We didn’t slow down at all.” 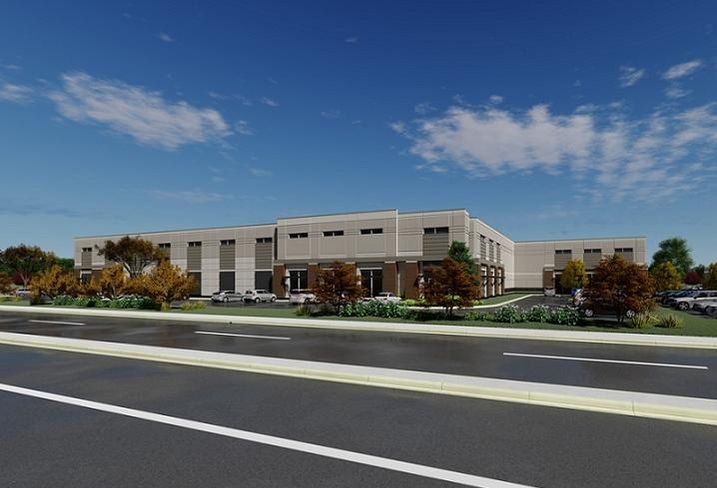 The company just signed a full-building lease with a tenant for a newly constructed distribution building on Chicago’s North Side and is getting ready to purchase more land for development in several submarkets, he added.

CA Industrial President Michael Podboy said some equity investors got spooked at the pandemic’s start and backed out of potential industrial deals.

“The initial outbreak of COVID brought back a lot of bad memories from the ’08-’09 downturn,” he said.

Nervousness quickly vanished as leasing activity continued and deals were forged. Most importantly, unlike 2009, the market still had a lot of liquidity.

“I’ve seen people who dropped out eight weeks ago trying to get back in,” Podboy said.

Podboy said that by bringing more consumers into the e-commerce world, the pandemic is simply accelerating long-term trends, and helping drive an expansion that could continue for a dozen years. In addition, all that online buying is boosting demand for big-box structures, frequently on greenfields just outside densely populated areas, which can handle the rising volume and service whole metro regions.

“Six-hundred thousand SF may be the sweet spot these days,” Podboy said. 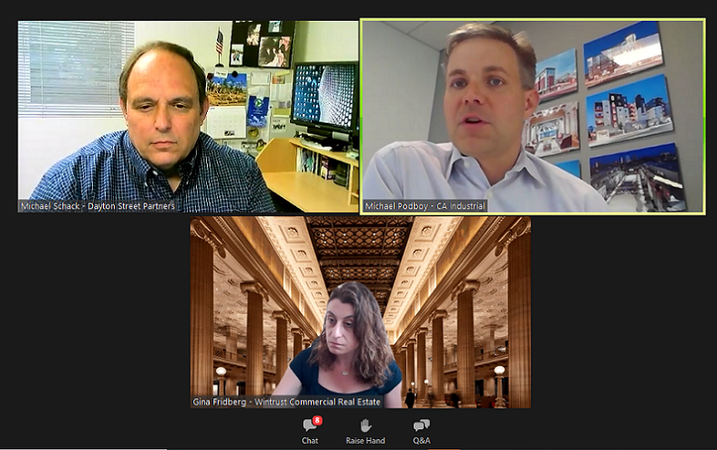 “From a Dayton Street perspective, we’ve focused on infill locations rather than going out to those greenfields,” Schack said.

Wintrust Commercial Real Estate Senior Vice President Gina Fridberg asked the pair whether the pandemic would change attitudes toward cities, perhaps fueling an exodus and eventually lessening urban demand. Both were skeptical, and said at worst some older millennials may move out, and after years migrating into urban areas, restore a bit more balance between city and suburban regions.

“Cities have been around for thousands of years, and they have survived worse than this,” Podboy said.

He added it’s likely the national vacancy rate will edge up in the next 12 to 36 months, as portions of the industrial real estate outside e-commerce will take hits. But overall, the sector will avoid the steep fall of 2009.