Even The Toughest Development Sites May Yield To Patience

An abandoned quarry site next to the Des Plaines River in Joliet attracted the eyeballs of industrial developers for more than a decade, but was left empty once they saw its old gravel piles and difficult topography. Potential uses didn't pencil out, and as the Chicago region’s industrial market boomed, sleek distribution buildings rose all around while the 270 acres remained vacant.

Today the same site near the interchange of I-55 and I-80 hums with activity, with hundreds of trucks each day moving in and out of the Rock Creek Logistics Center, a 1.2M SF facility at 3300 Channahon Road fully occupied by Target Corp. after it signed the region’s largest-ever industrial lease in 2019. Other spec buildings, maintenance and headquarters facilities recently popped up, and where the site touches the Des Plaines River, a marine terminal is under construction, where barges will eventually dock and ship out raw materials for builders in other markets.

Getting to that point meant finding a developer ready to look at the site with fresh eyes, according to NAI Hiffman Executive Vice President Eric Tresslar, who marketed it for years. 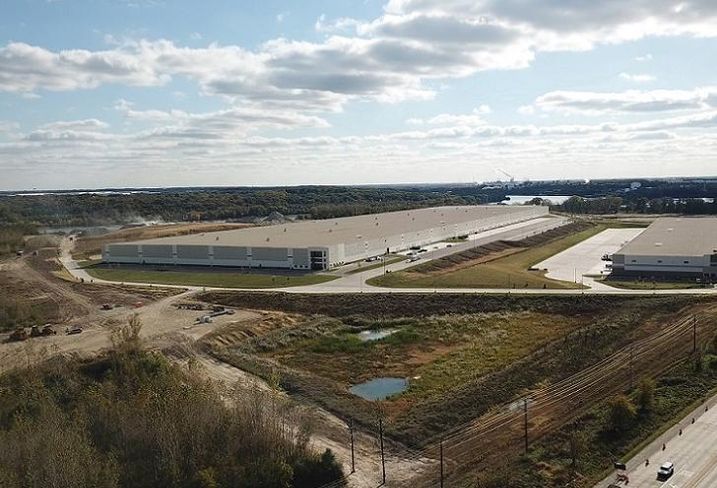 In 2016, Tresslar and his partner, Steve Connolly, helped complete a sale to Kyle Schuhmacher’s Ketone Partners, an Arlington Heights, Illinois-based firm, which began making plans to transform it into an active hub.

“There were definitely some risks to doing that,” Tresslar said.

But after years of booming demand, developers have gobbled up much of the land in popular submarkets near both the city and vital transportation arteries, and developers may have to be more willing to take on tough sites to fully satisfy future user demand.

By short-circuiting the economy in the past few weeks, the COVID-19 crisis clouded that future, but the local industrial market set records in 2019 for leasing and new spec development, according to Colliers International, suggesting the region’s fundamentals are strong. With e-commerce providing the energy, experts forecast robust demand once the economy reignites.

The first group to take a stab at the Joliet site was a joint venture between First Industrial Trust and CalPERS, the agency that manages pension benefits for California’s public employees, Tresslar said. The pair envisioned a traditional industrial park of more than 2M SF, but the cost of clearing the entire site of its gravel piles and smoothing out all the hills was too high.

When Tresslar and Connolly brought the opportunity to Schumacher, he decided on a different strategy. Ketone was able to buy the land for just $4.35M, he said, which meant it wasn’t under a lot of pressure to generate fast returns, so instead of immediately trying to throw up a massive industrial park, it was possible to tackle the site one portion at a time.

“A lot of developers approach sites like this with a specific number in mind, and want to fit the maximum amount of square footage on the property, and the economics just didn’t work in this case,” Schuhmacher said. “We’re not a large company, but we like to tackle difficult projects that larger companies don’t want to spend the time or resources on.” 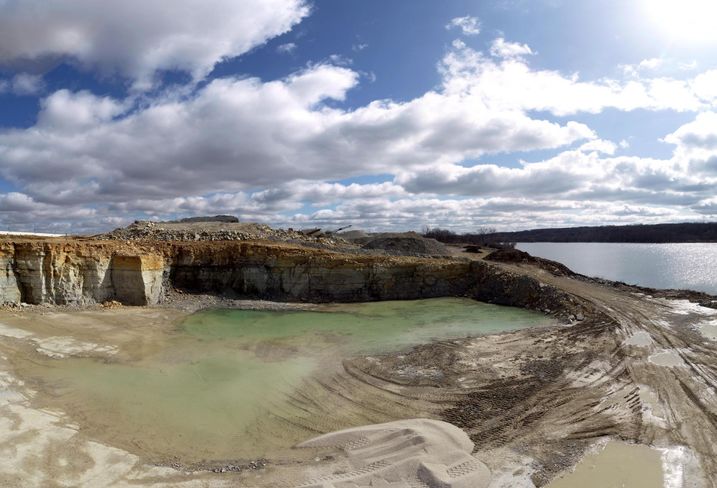 “We started looking around the site, and asked ‘Where can we put a 1M SF building where it’s cost effective?’” he added. “That became our anchor, and we started building out around that.”

After consulting with GA Blocker, an Oswego, Illinois-based earthwork firm, Ketone decided it was also feasible to reuse the leftovers from the site’s mining days, mostly pea gravel and stone, as part of the foundation for what became a 1.2M SF building on 75 acres.

“It’s all good material, and it’s not environmentally contaminated, so we were able to utilize it,” he said.

The Opus Group, one of the Chicago region’s most active developers, bought into this vision, and Tresslar and Connolly completed the 2017 sale of that 75 acres to the firm, which then used GA Blocker to help build 3300 Channahon Road on spec.

The marine terminal will take several more years to construct. But the company doesn’t have to wait that long to see returns. After limestone is removed from the site, it’s crushed and sold to other construction firms.

“We were able to be creative and turn it into a revenue stream,” Schuhmacher said.

Developing sites this way means adopting a long-term view, something many builders don’t do, he added.

“They are generally looking for sites that they can build on quickly. And our site was just not set up where you could close on Jan. 1 and break ground on March 1. Many developers just don’t have the ability to be patient.”