Although Chicago is undergoing a remarkable amount of political change, most hospitality experts feel confident its fundamental strengths will sustain the hotel business no matter what the disruption. 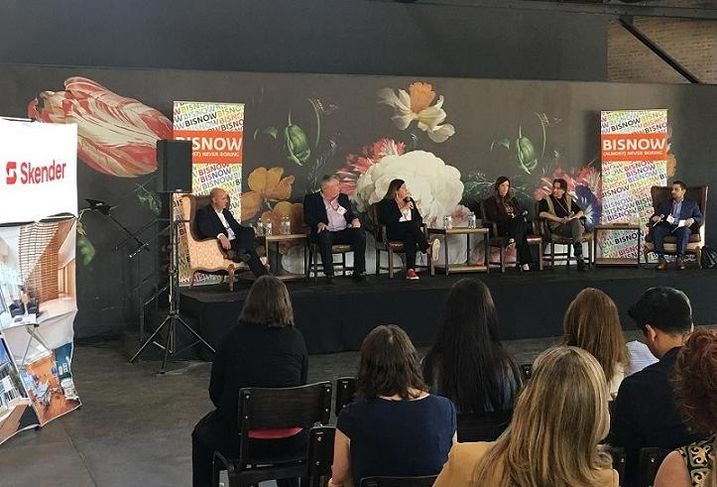 Even the loss of former Mayor Rahm Emanuel, seen by many as a champion of commercial real estate, has not shaken belief in the market, according to panelists at Bisnow’s Chicago Hospitality Summit.

Much of that confidence seems to stem from the character of Mayor Lori Lightfoot.

That doesn’t mean there were no concerns over the possible direction her administration could take.

“She has to be careful not to add any additional hotel taxes,” Rutledge said.

In the past, such taxes, which had been promoted as a way to bolster the city’s tourism efforts, were instead diverted into the general fund, he said.

Investors may decide to adopt a wait-and-see attitude on Chicago’s new leader, and may put off purchases until they better understand her administration’s direction.

“Some of my institutional clients say they are going to sit out the next 12 months,” said panel moderator Wes Prato, a partner with CohnReznick.

On the other hand, if that does happen, he expects the remaining investors won’t be unhappy that their competition took a hiatus.

“They’ll say, ‘this is a huge opportunity for me.’”

The replacement of Emanuel is not the only situation where commercial real estate’s worst fears weren't realized.

Everyone in the hospitality industry expected 2019 to be a tough year, as many conventions had already decided to skip over Chicago and not return until 2020 or 2021. On top of that, a brutally cold winter got the year off to a slow start, just as developers were putting the finishing touches on a number of new hotels. 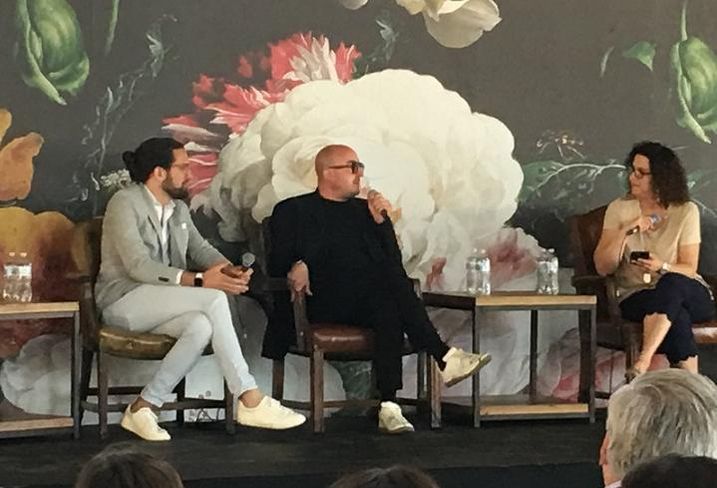 But in late spring, the hospitality market began to blossom.

And with summer and fall still to come, traditionally active months for Chicago hotels, it is a sign of this market’s resilience that even a slowdown in the convention business won’t have that sharp of an impact, she said.

Still, every commercial real estate sector has to contend with a number of headwinds this year, including rising construction costs, fears of a possible recession, and the many uncertainties introduced by the continuing trade disputes between the Trump administration and China, Mexico and Europe.

Rebel Hospitality principal Gene Kornota shared the general outlook of the other panelists, but his optimism is tempered by some concerns about Chicago’s future.

“The pension liability is scary,” he said.

With that millstone hanging around the city’s neck, he believes it is a certainty that taxes here will go up, and “commercial properties will have to bear the brunt of it.”

“We do have one of the most beautiful cities in the U.S., and as long as Lori Lightfoot keeps it safe and clean, we will do well. You have to pay for the best if you want to live in one of the better cities. I think we should just accept that fact.” 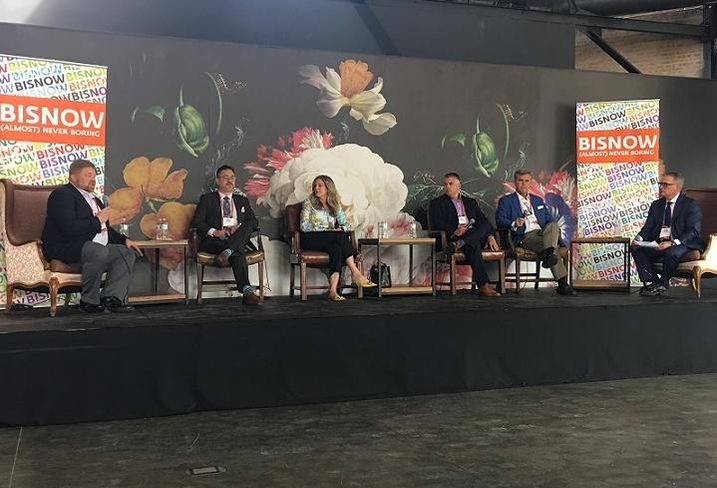 Kornota takes comfort from the hospitality market’s recent performance. The city’s massive construction boom, which had caused some concerns about oversupply, has so far seemed perfectly calibrated with growing demand. Developers added about 7,000 rooms to the city’s Central Business District since 2012, an increase of 17%, according to STR, a Tennessee-based company that collects hotel data. During the same period, the number of visitors to Chicago increased from 46.4 million to 57.7 million, a roughly 19% jump, according to Choose Chicago, the city’s tourist information center.

“Chicago has done remarkably well in absorbing all of the new supply,” Kornota said.

“We’re going to take our hits, but we will keep plowing forward.”