As the economy ramped up during the past few years, Chicago’s downtown became a tourist mecca, and hotel developers swooped in, creating thousands of new rooms.

Market observers wondered how long the boom would last, and whether all that new product would upset the balance between supply and demand. But after a year in which Chicago attracted a record number of visitors, the outlook remains sunny, and with new construction slowing down, it seems likely the city will preserve a healthy balance. 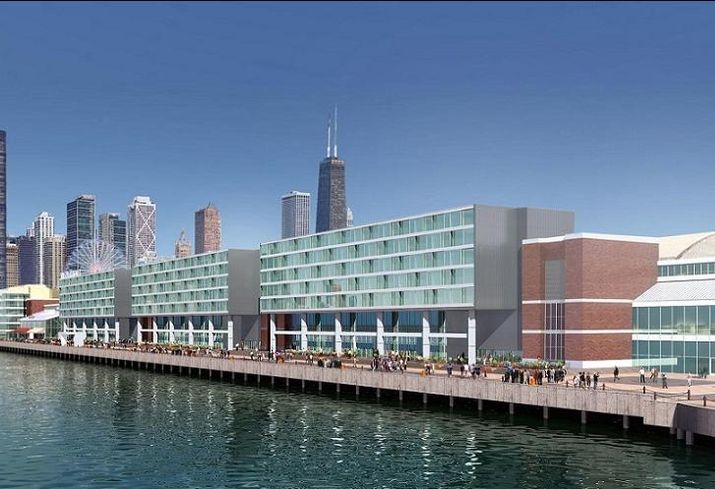 “I think everyone feels good about the macro economy at the moment, and a great economy usually translates into a really good run for the hotel industry,” Maverick Hotels & Restaurants CEO Bob Habeeb said.

The former CEO of First Hospitality Group, Habeeb launched his new firm last year. It is developing the seven-story, 222-room Curio Hotel set to open in 2020 on Chicago’s Navy Pier.

As long as gross domestic product keeps growing at a healthy pace and unemployment remains low, both business and leisure visitors should keep arriving in relatively large numbers, he said.

In 2018, more than 57 million people visited Chicago, the most ever, according to Choose Chicago, the city’s tourist information center. Habeeb expects a bit of a hiccup, though, largely due to a temporary slowdown in the city’s convention business.

“We’re doing a good job marketing the city to the rest of the country, and internationally as well, but conventions in Chicago usually run on a three-year cycle, so because that business hit a peak in 2018, we will probably see performance waver slightly this year,” he said.

Some big conventions only take place every several years, and many annual conventions select other cities after meeting in Chicago.

But a modest slowdown in conventions may not have a major overall impact, as the types of visitors attracted to the city changed drastically, Habeeb said. Historically, nearly two-thirds of visitors were attending a convention or had other business, and the remainder were tourists. In the past few years those numbers reversed as more visitors poured into top tourist attractions such as Navy Pier, the Art Institute and Millennium Park.

The supply boom started around 2015 and continued through last year, and nearly 10 thousand units were added to the city’s inventory in just a few years, according to HVS, a consultant group for the hospitality industry. The new stock includes the 1,200-room Marriott Marquis and the 466-room tri-brand Hilton hotel, both near McCormick Place, the city’s top convention center.

But considering that the Chicago region has roughly 120,000 total rooms, including 47,000 downtown, this building spree did not lead to an imbalance between supply and demand, according to HVS Managing Director Stacey Nadolny.

“The good news is that the increase in supply so far does not amount to a very high percentage of the total number of rooms, especially when compared to other cities like Detroit, Indianapolis and Nashville,” she said.

“Chicago had a period of about six years when no new hotels opened, and the lack of new supply created a pent-up demand.” 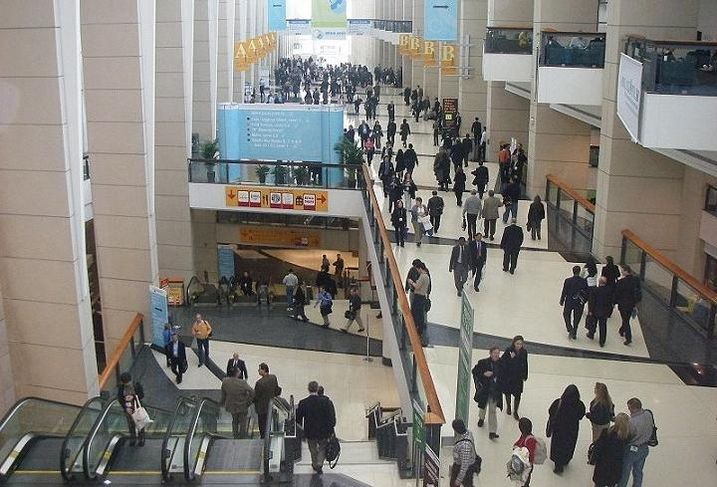 That was reflected in the downtown market’s overall stats in 2018. Downtown hotels brought in $2.7B in revenue, a 9% increase over the previous year, according to STR, a Tennessee-based company that collects hotel data. At the height of the tourist season in June, occupancy hit 90.3%, a 2.8% increase over the previous year. The average daily rate for the year increased nearly 5% to $210.54, a jump that Nadolny said was a bit surprising.

“The downtown hotels were really able to take advantage of the growth in demand, but with the fall in convention business, we don’t anticipate 2019 will be as strong.”

This year got off to a bad start when January’s polar vortex led many travelers to cancel their plans. Occupancy that month was just 44.6%, down from 51.8% the previous January, according to STR. February and March were not much better, and demand shrank by 1.1% and 4.2%, respectively.

Still, developers expect to add only about 1,500 units this year and somewhat fewer the next, and Nadolny pointed out that is fewer than the number coming online in much smaller markets like Nashville, where STR expects another 20 hotels will open this year.

She sees it as a good sign that Home Chef and 84.51, a data analytics company, just signed leases in the 2.5M SF Old Main Post Office, where developer 601W Cos. is in the midst of a $800M makeover.

“All of that drives commercial demand, and that’s on top of Chicago having become an international destination for tourists. Ultimately, having such a diverse group of people coming to Chicago bodes well for its future in terms of stability.”

And one of the Chicago market’s new strengths is the diversity of its inventory.

“We’re seeing hotels getting built in neighborhoods that have never had hotels, and some of these submarkets are diamonds in the rough,” Habeeb said.

Nadolny agrees, and said a collection of new neighborhood hotels, including Hotel Zachary, which opened last spring across from Wrigley Field as part of Hickory Street Capital’s $250M mixed-use development, The Robey in Wicker Park and The Sophy Hotel in Hyde Park, have done well in their first year.

“These sites are a little less expensive for developers, and it’s where many travelers now want to stay, mostly to get the kind of neighborhood feeling they won’t find downtown,” she said.

Whether this kind of development continues is uncertain, she said. Unlike downtown hotels, the ones in outlying neighborhoods don’t attract many convention or other business travelers, and without these core drivers, room and occupancy rates will take bigger hits in the face of new supply.

But Habeeb doesn’t expect the overall hotel sector to feel serious pain until the economy suffers a significant correction.

“It’s inevitable that something will happen, and that’s when we’ll feel the impact of all that new inventory,” he said.

But even with fears of an imminent downturn looming, developers are unlikely to completely stop building new hotels in Chicago.

“The level of construction this year and the next is definitely slowing, but being out in the development market, I can tell you there is still a lot of interest,” Habeeb said.

Learn more about the health or slowdown in the Chicago hotel market at Bisnow's Chicago Hospitality Summit June 26.