The Clock Is Ticking On The Census, And Chicago Has A Lot To Lose

Census takers will soon hit the streets across Chicago, going from door to door, trying to get an accurate count of the city’s population. The count will impact more than how many congressional representatives the city sends to Washington. Census data informs many commercial real estate decisions, like where to locate stores or new multifamily developments, and tells the federal government where to spend money on critical infrastructure or grant housing tax credits.

After losing population for several decades, especially in neighborhoods home to low- to moderate-income Black people, Chicago already faced the threat of demographic decline, even as the downtown saw spectacular growth. But this year it also faces the threat of a census undercount that could further starve the city of needed resources, real estate experts say. 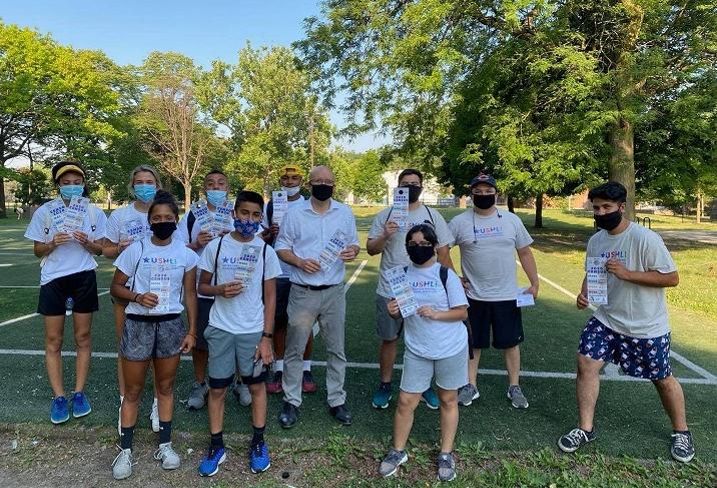 The Latinx community is most in danger of not being counted.

“They are really scared about filling out anything federal,” 22nd Ward Alderman Michael Rodriguez said.

His district covers a stretch of Chicago's Southwest Side, including Little Village, a mostly Latinx neighborhood. Out of its estimated 14,273 households, more than 8,000 are still uncounted, a roughly 43% positive response rate, according to U.S. Census Bureau data. That’s below the city’s overall response rate of 54.9% and the national average of 62.1%, a gap census workers will need to bridge when home visits officially begin on Aug. 11.

The Trump administration may have heightened anxiety in Latinx communities by proposing in 2018 to add a question on citizenship to this year’s census form. Latinx areas typically have a lot of immigrants, and many feared immigration authorities would get access to personal census data. The Supreme Court eventually blocked the administration from adding this question, but the anxiety didn’t disappear.

“I would argue that the damage was done,” said Anita Banerji, director of the Democracy Initiative, part of Forefront, an association of Illinois nonprofits working to boost census participation. “A year and change later, people still think the question is on the form, and you have to physically show them it’s not.”

President Donald Trump caused more confusion this month when he asked the U.S. Census Bureau not to count undocumented immigrants when calculating congressional representation, but without a citizenship question, it isn’t clear how census officials would get that data.

The economic crisis is yet another obstacle, Banerji added.

“The census is not a top-of-the-line issue when you’re worried about putting food on the table.”

Low response rates plague many areas of the U.S., not just Chicago.

“This year is unique. Latinos are feeling a hostility they haven’t felt in a long time,” according to Richard Green, director of the University of Southern California Lusk Center for Real Estate. “It’s a national problem, but the bottom line is, areas with large numbers of Latinos are the most at risk. I don’t think Maine is having a real problem with undercounts.”

What happens on the streets of the 22nd Ward and other disadvantaged Chicago neighborhoods as the census count goes forward will be watched carefully.

Industry decision-makers looking for a new corporate headquarters pay close attention to where educated young people live, retailers want the population density and income levels surrounding potential trade areas, along with the location of possible food deserts that need new grocery stores, and affordable housing developers want to know where to find demand, Beaudoin said. Reports using census data will have it all.

An undercount of the overall population can also indirectly hurt commercial real estate. The federal government uses the data to divvy up pots of money earmarked for public education, roads and bridges, and tax credits, such as Low-Income Housing Tax Credits and historic building tax credits, which developers can use to create or preserve affordable housing. 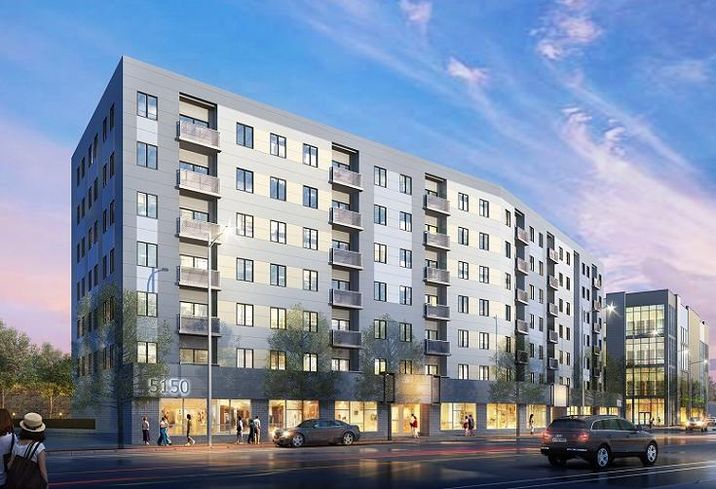 The LIHTC program started in 1986, and Illinois developers have used these credits to attract nearly $5B in private capital. That created or preserved more than 90,000 units of affordable housing, according to the Illinois Housing Development Authority, including a new 75-unit affordable community by Full Circle Communities now under construction at 5150 North Northwest Highway in Chicago.

Federal officials may pour up to $62B into Northeast Illinois’ transportation system over the next three decades, according to a forecast by the Chicago Metropolitan Agency for Planning. And in addition to the billions received annually from the federal government, this year Illinois school districts will get more than $500M in stimulus through the CARES Act.

Even small changes in the census count can leave big budget holes.

“One percent of a lot of money is still a lot of money,” Green said. “In a place like Chicago, the subway system is old, and sometimes even $10M can make the difference between a reliable and an unreliable system.”

“I think everyone should be concerned,” the 22nd Ward’s Rodriguez said. “Getting the census right means more federal resources for education, and everyone benefits from better roads and safer streets.”

Rodriguez is mobilizing to boost his district’s response rate. With help from the U.S. Hispanic Leadership Institute, he has more than a dozen people out canvassing the ward, passing out flyers and soothing fears about giving personal information to census workers. He even pulls local residents into the ward office to fill out the online census forms.

During 10 days in July, the ward got another 86 households to complete the forms, the highest percentage increase of any ward and won a contest sponsored by Mayor Lori Lightfoot, one of several public relations campaigns launched by her administration.

He plans to ramp up such activity as the official door-to-door calling begins next month.

“We’re definitely going to get out there,” he said.

Beaudoin said it’s in the best interest of property owners to encourage census participation, as a healthy count will improve any community’s overall quality of life. But even if the census provided no benefits, he said it’s important for the commercial real estate industry to play a role.

“I would argue the COVID-19 and the recent civil unrest would indicate that we are all connected in some way,” he said. “We’ve been able to deny it before, but I don’t think we can going forward.”