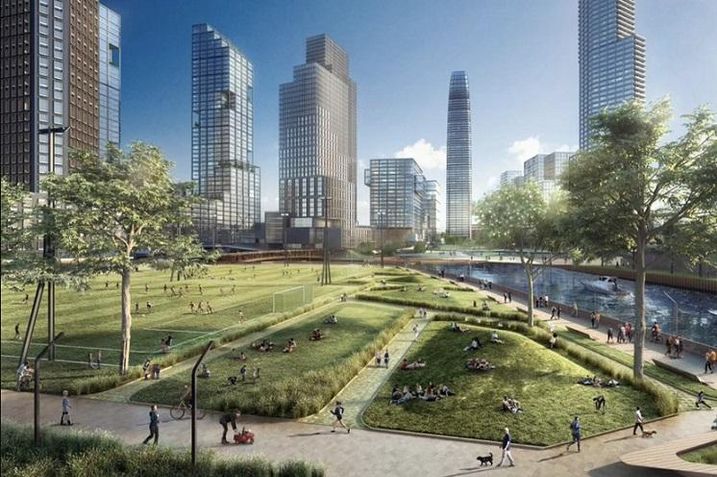 The Chicago City Council on Wednesday finally approved tax-increment financing deals for both Sterling Bay’s $6B Lincoln Yards project and Related Midwest’s $7B The 78. The moves came after Mayor-elect Lori Lightfoot released a statement Tuesday night withdrawing her opposition to holding the votes.

Alderman approved the Lincoln Yards deal by a vote of 32-13, and The 78 by 31-14, roughly the same divides seen earlier in the year for other key votes on the same issue.

The TIF deals could reimburse the developers with up to $2.4B for infrastructure improvements needed to support the thousands of new homes and millions of square feet of offices expected at each site. Votes had been expected on Monday, but outgoing 40th Ward Alderman Pat O’Conner, current head of the Finance Committee, agreed to delays after Lightfoot raised objections.

Lightfoot said she approved the votes after meeting with the development teams yesterday, and securing agreements to boost the amount of work steered toward minority- and women-owned businesses.

“The increases would lift the overall M/WBE participation by $80M to $400M overall,” she said. “In addition, both developers agreed to add language to the redevelopment agreements to provide explicit controls for the city to measure and require compliance with actual utilization of M/WBEs on the projects.”

There was no word from Lightfoot on whether the developers would make any changes to their affordable housing proposals, although she told WBEZ on Tuesday that this was one of her big concerns, along with MBE/WBE participation.

The approvals are a big disappointment for activists and dissident aldermen, many of whom hoped Lightfoot’s election might stall or even derail the developers’ plans. The issue of MBE/WBE participation in these projects received far less attention during the recent mayoral and aldermanic election campaigns than securing more affordable housing or whether TIFs are a fair and equitable method to kick-start development.

Sterling Bay had earlier agreed to boost the number of affordable housing units on-site from 300 to 600 after 46th Ward Alderman James Cappleman, head of the powerful Zoning Committee, said he was unhappy with the developer’s original plan. 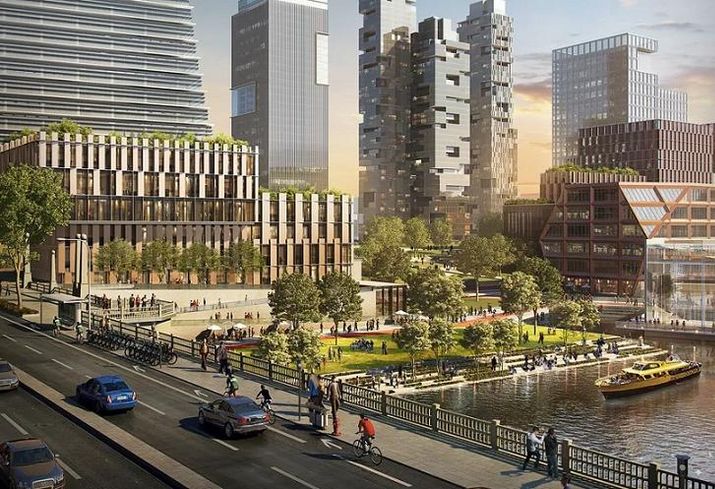 “The decision to move forward these mega-TIFs epitomizes a legacy that has been a disaster for working families,” Grassroots Collaborative Executive Director Amisha Patel said. “Throughout his administration Mayor [Rahm] Emanuel has governed as the mayor of two cities. In one he closed schools, shuttered clinics, and nickeled and dimed residents with fees and tickets. In the other, he rolled out the red carpet for the corporate elite, all at the expense of working families.”

Second Ward Alderman Brian Hopkins, whose district includes the Lincoln Yards site, said he is satisfied with the outcome, and pointed out the community planning process resulted in several significant changes to Sterling Bay’s plan.

“Most importantly, we set our neighborhood on a path to finally address some of the most pressing infrastructure needs we have, and took action to reinvigorate an area that has been a blight on our community for years.”

Lightfoot has said for months that she will have the power to continue shaping Lincoln Yards and The 78 after taking over City Hall on May 20, and repeated those vows Tuesday night.

“I am not yet the mayor, and I recognize that the current administration and City Council must decide whether to carry this vote forward according to the interests of the constituents they serve. Either way, upon swearing in, I will engage with the community and committed activists who have advocated forcefully for affordable housing, park space and the responsible use of tax increment financing dollars for many months. And in making future decisions about these and all other deals, we will work with stakeholders to allow for robust community input from the beginning and throughout.”