What could have been for the Obama Presidential Center? 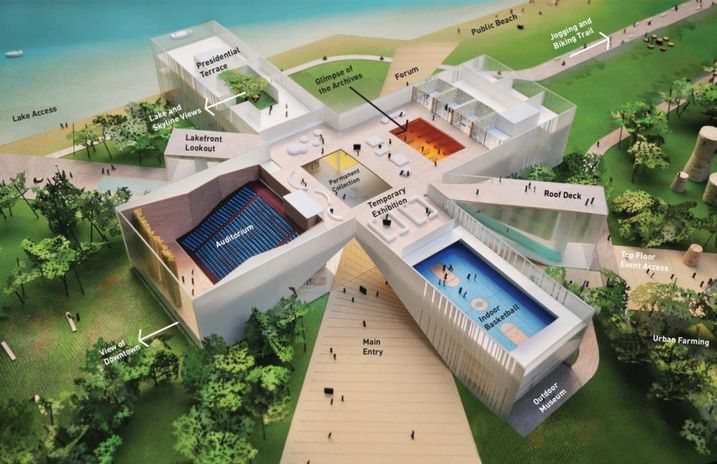 In advance of a city council vote Oct. 31 on the center’s use agreement and a court hearing this week over a lawsuit aimed at blocking its construction in historic Jackson Park, the Obama Foundation released the full set of proposals and renderings it received for the project.

The foundation received four proposals in 2014 and selected the Jackson Park location in 2016. It kept the alternative proposals confidential. The University of Chicago (which won the bid) in turn released all of its pitched renderings and site plans. Curbed laid out all of the U of C proposals, including renderings by Studio Gang, Adjaye Associates and Diller Scofidio + Renfro.

“In its initial request for qualifications, the Obama Foundation indicated that it would consider the proposals on a confidential basis, for use in its selection of a host city,” University of Chicago spokesman Jeremy Manier said in a statement to the Chicago Tribune. “However, in light of recent developments, the proposals will now be available in the public domain, which the University supports.”

Zoning entitlement has been approved, and site work has begun in Jackson Park, but Protect Our Parks was granted permission by a judge in August to issue subpoenas for information about how the location was chosen. A lawsuit by the activist group alleges the project is not a library because it only has digital records, and thus shouldn’t be put on public land. It is just the latest in a long string of drama surrounding the center.

Angela Spadoni joined Skender as director of residential architecture, where she will oversee multifamily design projects, including the design of housing modules produced in Skender’s new Chicago manufacturing facility. She has more than 10 years of international and domestic experience in multifamily, condominium, retail and high-rise design. She joined Skender from bKL Architecture, where she oversaw the design of Union West and was on the design team for Wolf Point West, among other high-rise apartment projects in Chicago. Venture One Real Estate purchased a 60K SF Class-A industrial building on 3.35 acres at 4311 North Normandy Ave. in Chicago. The deal was made through its acquisition fund, VK Industrial IV L.P., a partnership between Venture One and Kovitz Investment Group. Following a short leaseback with the seller, the building will be available for lease in January. Cushman & Wakefield’s Brett Kroner, Larry Goldwasser and Matt Cowie represented the seller and will be retained by Venture One to market the property.

Arbor Lodging Partners, MBRE Healthcare and Metro Park teamed up to purchase a 352-room dual-branded hotel, 93K SF medical office building and 225-stall parking garage at 150 and 160 East Huron St. The property is a block from the Magnificent Mile and directly across from the Northwestern University Medical Campus in Chicago. With three property types represented in one building (the hotels are on top of the medical space, which is on top of the garage), the acquisition required a creative co-investment structure. The two hotels will be managed by Arbor Lodging Partners’ affiliate, Arbor Lodging Management. Arbor will spend $7M to renovate the hotels.

SVN Chicago Commercial was selected to provide asset management and brokerage for the EquityBuild real estate portfolio. The property is being sold by a court-appointed receiver for the portfolio, which has nearly 120 properties (mostly multifamily) on the south side of Chicago. Jeff Baasch will lead SVN’s efforts to support the EquityBuild team. In August, the Securities and Exchange Commission filed a lawsuit in the United States District Court for the Northern District of Illinois to shut down an ongoing Ponzi scheme and place Rachlis Duff Adler Peel & Kaplan partner Kevin Duff in control of the operations of EquityBuild and its affiliates as a federal equity receiver.

Papazyan Capital Group purchased a 65K SF office/flex building at 1391 Corporate Drive in McHenry. Entre Commercial Realty’s Mike DeSerto and Dan Jones represented the seller and were retained to lease and manage the property. The new owner will use some of the building and will subdivide and lease out the rest.

An undisclosed buyer purchased a 6-acre development site at 21481 North Rand Road in Kildeer for $3.55M. SVN Chicago Commercial’s Al Lindeman represented the seller, and Avison Young represented the buyer, which is developing a 50K SF medical office building on the site. 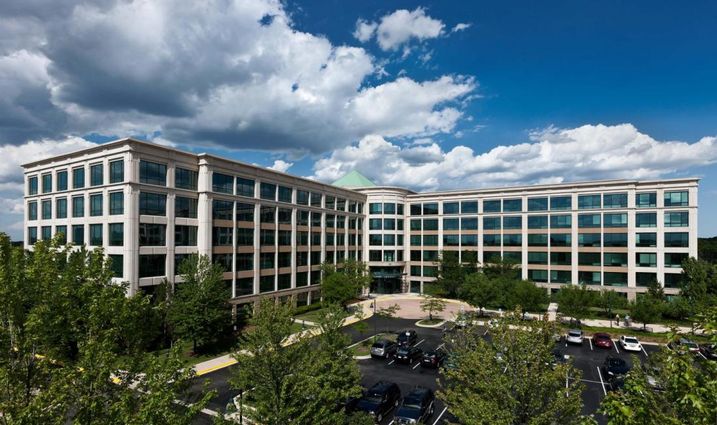 Farm-to-table restaurant B.GOOD is opening three locations in the Chicago metro, its entrant into the Midwest. The new stores will be at Mellody Farm in Vernon Hills, in Woodfield Gatherings in Schaumberg and in Springbrook Prairie Pavilion in Naperville, and all three will open this year. B.GOOD was founded in Boston in 2003 and has 70 locations around the globe. 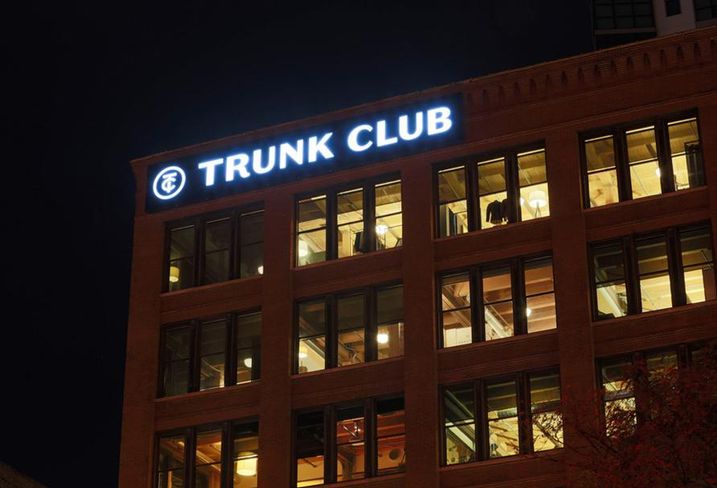 Trunk Club reopened its 74K SF headquarters at 325 West Ohio St. in Chicago. The group added a marquee sign and reconceptualized its retail space, which it called the Clubhouse. It created individual fitting rooms inspired by brands sold at Trunk Club and featuring furniture pieces that are part of a new partnership with CB2. 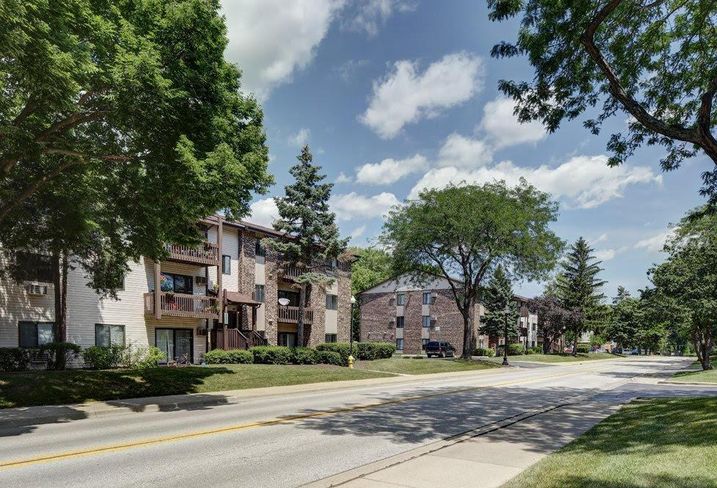 Aries Capital, led by Neil Freeman, and Four Corners Advisors, led by Michael Shindler, formed a strategic alliance to provide an end-to-end hotel advisory, transaction and financing platform for hotel developers and investors across the United States, Caribbean and other international markets. They will focus on serving CRE developers and investors who want to add hotels to their portfolios but don’t have hotel expertise.

“This strategic alliance affords us the opportunity to give our clients more,” Shindler said. “Now when clients ask about financing, instead of saying ‘that’s out of my scope,’ I can say, ‘I am in an alliance with someone I trust, someone who knows the business, the lending community and which potential financing sources to approach based on firsthand experience.’ For Neil’s clients, I in turn can provide earlier-in-the-development-process knowledge, experience and expertise to help those that might be floundering a bit on the necessary steps to get to fundraising.”

Four Corners Advisors has relocated to share Aries Capital’s River North offices and the firms are already collaborating on several deals. Outside of the strategic alliance, the companies will continue to operate their respective businesses.