EQ Office has rebranded the Apparel Center as 350 North Orleans. The Downtown property long served as a nondescript wholesale center for the apparel and textile industries before it was converted into an office building. 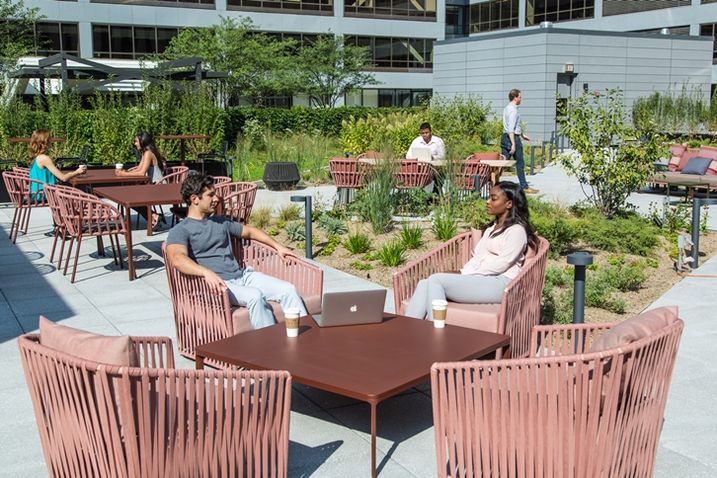 Courtesy of EQ Office
The rooftop deck at 350 North Orleans.

According to EQ, the property has undergone a variety of enhancements, including a nearly $20M investment in the building’s facade, a fitness center, a tenant lounge and a private roof deck, and tenant amenity programming. The building will also feature large floor plates to accommodate creative space.

New amenities at 350 North Orleans include the River Room, an amenity lounge near the pedway to the Merchandise Mart that will serve as a gathering place for building employees.

The River Room will also feature a 1,500 SF conference center, as well as a textile art installation designed by Partners By Design in collaboration with Luft Studio.

Studio 350 is the building's 10K SF fitness space, featuring locker rooms and studio class programming. A 5K SF rooftop garden deck on the third floor will have outdoor seating and views of the Chicago River and the Chicago Loop.

Michael D’Alessandro has been named executive vice president with CBRE’s Valuation and Advisory Services in Chicago. He joined CBRE from Colliers International and also has experience as a managing director with Butler Burgher Group.

CrossHarbor Capital Partners, a Boston-based investment management firm, has appointed Richard Flohr as managing director and portfolio manager for the company's new CrossHarbor Strategic Debt Fund. Flohr is based out of the firm's Chicago office.

Colliers International has hired a number of new Chicago-area executives. 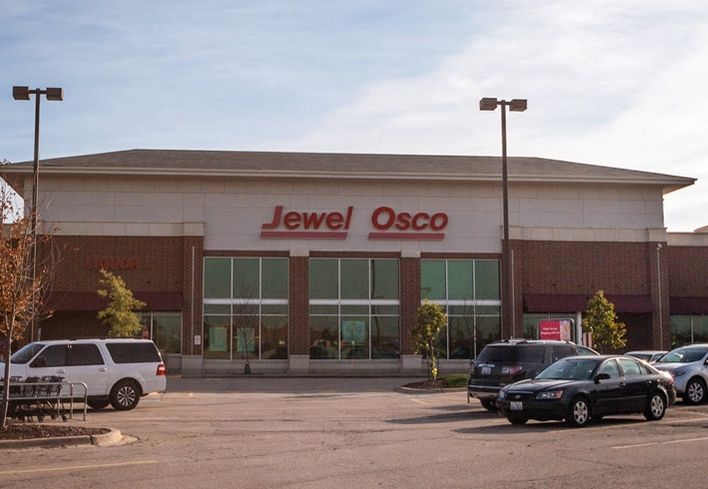 A single-tenant net leased property at 465 North Illinois Route 47, Sugar Grove, has traded for $10.9M. Grocery store Jewel-Osco is the tenant. The seller of the 61K SF property is a private real estate investment company based in the Southwest, according to The Boulder Group, which brokered the deal. The buyer is a private individual based in California.

“The market for stand-alone grocery properties remains active due to their built-in customer base,” The Boulder Group President Randy Blankstein said.

Entre Commercial Realty represented Exeter Property Group in its purchase of a 122K SF facility in Lake Zurich from Powernail, which makes pneumatic nailers. The seller will be leasing back about 65% of the facility on a long-term lease, while the remaining space in the building has another tenant. The 122K SF property, built around 2005, features 28-foot clear heights and expansion land. Kris Keller of Keller Williams represented the seller. 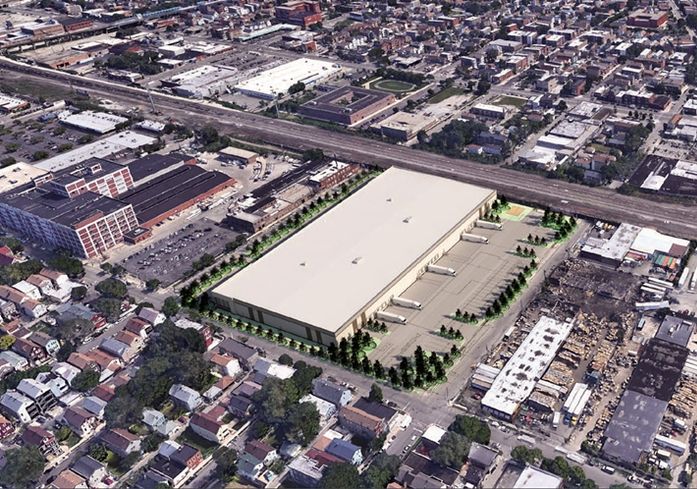 Meridian Design Build has started construction on a 174K SF speculative multi-tenant industrial facility, Rockwell Logistics Center, for Venture One Real Estate and USAA Real Estate Co. The 32-foot clear property is on a redevelopment site at 2545 West 24th St. in the Pilsen neighborhood. Architectural services for the project are being provided by Forum Studio, with civil engineering services by Jacob & Hefner Associates. Lee & Associates' Terry Grapenthin and Tim McCahill are marketing the building. 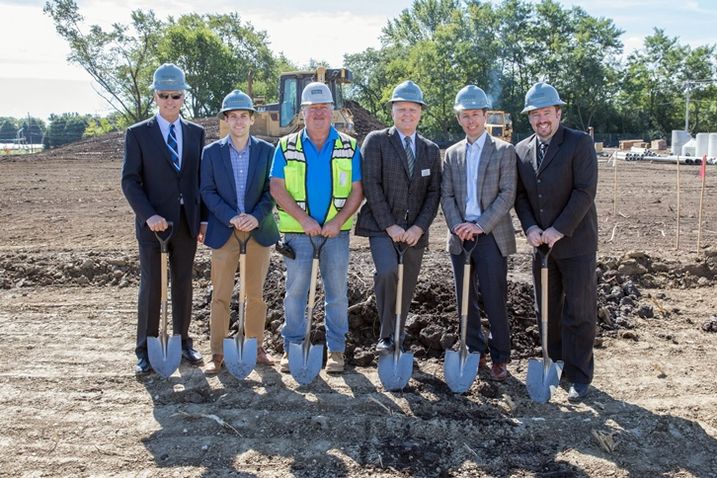 Courtesy of McShane Construction Co.
McShane execs at the groundbreaking of Avenida Naperville

Avenida Partners has broken ground on the 146-unit Avenida Naperville, an apartment community for seniors in Naperville. The project is at 504 Commons Road and will include a fitness center, a theater and a pool. McShane Construction Co. is the contractor, and the architect of record is Meeks + Partners. The development will be completed in early 2020.