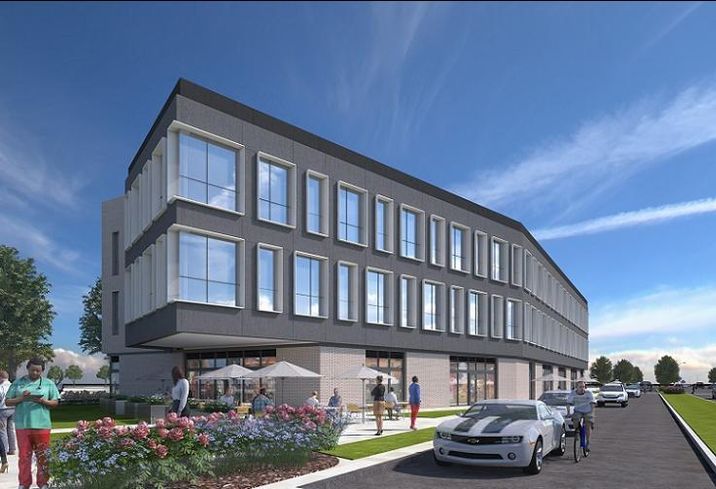 “It’s our mission to build impactful developments, and Ogden Commons will create a positive ripple effect in the neighborhood for years to come,” Habitat President Matt Fiascone said. “Not only will it bring the first new outpatient facilities to the area in more than 20 years, but the project will also add new restaurants, a bank, office space and much-needed affordable housing — all while creating jobs and building the local economy.”

Ogden Commons sits on land once occupied by the CHA’s former Ogden Courts and Lawndale public housing developments, and is now part of a federally designated qualified opportunity zone. PNC Bank funded $15M of the $22M cost for Phase 1 through a combination of debt and opportunity zone equity, Habitat officials said.

“As the first to go to market with our Opportunity Zone Fund, we were able to work with the city of Chicago, the CHA and Habitat to equitably reinvest in a project on Chicago’s west side which will provide affordable community healthcare, small business growth, job creation and other positive economic impact,” PNC Senior Vice President Tony Smith said.

Zack Zalar joined Chicago-based The Habitat Co. as vice president of acquisition and investment. He brings more than 15 years of experience to the position, and will source, investigate, underwrite and close investment opportunities that meet company criteria. Zalar most recently served as a principal of Synergistic Equity in Chicago. Prior to that, he served as director of acquisitions for Core Spaces, where he sourced student housing opportunities in 20 markets nationwide.

Mosaic Construction, a Northbrook, Illinois-based design-build firm, hired Aidan Baker as project manager. Baker brings to Mosaic more than 20 years of experience as a contractor in both New Zealand and the U.S.

John Millner, managing director with Bradford Allen’s agency leasing practice, was named president of CCIM’s Illinois chapter for the 2020 term. Millner has served on CCIM’s board of directors as an executive member since 2018.

Chicago-based Landtrust Title Services hired Carmen Carbonara as director of sales for residential services. Most recently, Carbonara served as a business development officer for Stewart Title Co. She is a board member of the Women’s Council of Realtors and past member of the board of directors of the National Association of Hispanic Real Estate Professionals. 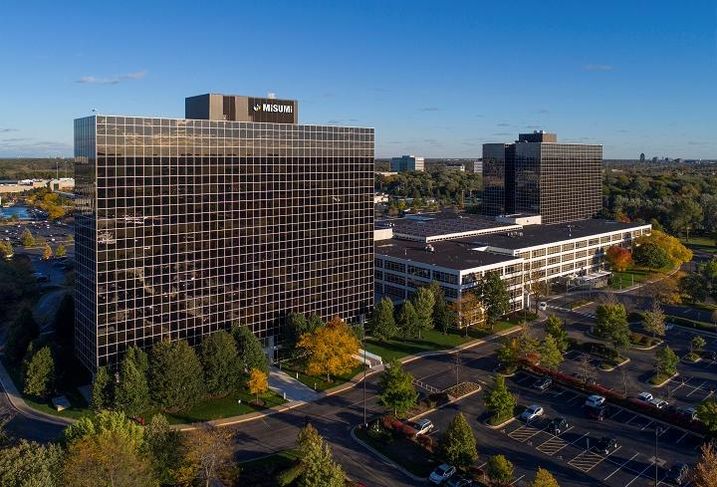 Lendlease Development, along with co-developer The John Buck Co. and partner Intercontinental Real Estate Corp., said preleasing is underway at Porte, a two-tower, mixed-use development under construction at 855 West Madison St. in Chicago’s West Loop. Designed by G|R|E|C Architects, the community preserves the existing streetscape's character by using an exterior of masonry at street level. It will welcome its first residents in late spring 2020. 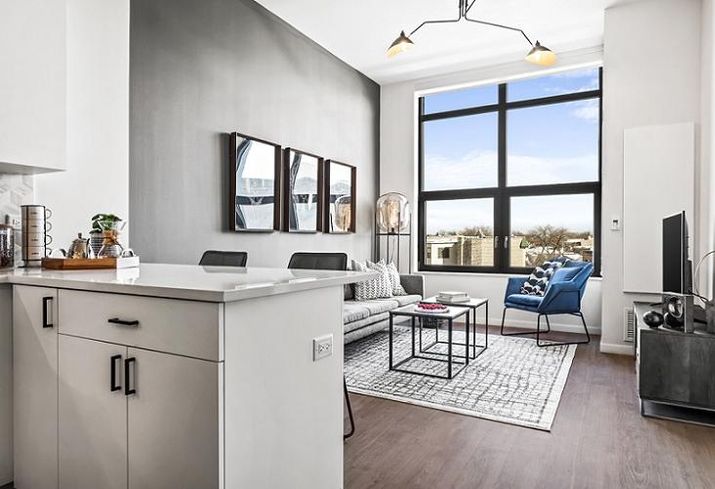 Boston-based Taurus Investment Holdings acquired a 1.9M SF industrial portfolio with 28 assets located across 11 of the 19 Chicago region’s submarkets. Tenants such as Pactiv, Astronics and Overture, along with 43 others, lease 98.1% of the space. Chicago-based Venture One was the seller and will continue managing the portfolio. Capital One provided debt financing for the acquisition, Taurus' second recent industrial buy in the Chicago region. It also purchased a 51-building portfolio in June 2018 for $201M. 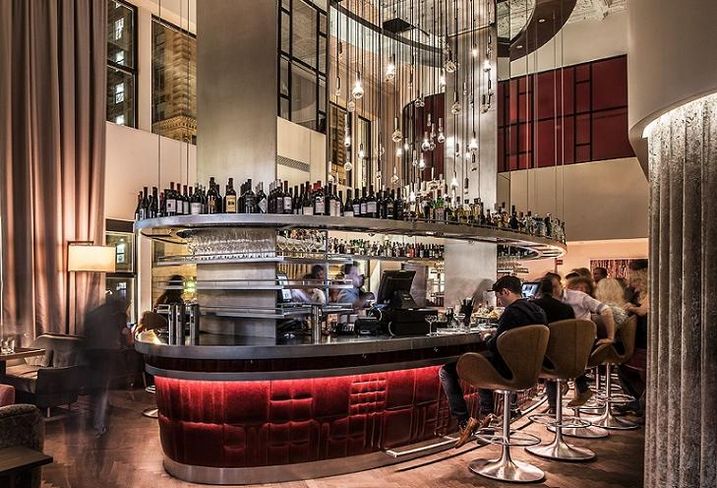 Lotus Capital Partners, an independent real estate investment bank, arranged and closed a $37M loan to refinance the Virgin Hotels – Chicago for Lionstone Development and the Virgin Hotels Group. The hotel opened in 2015 as the first of 10 Virgin-branded hotels worldwide. The 26-story Art Deco building was converted from the historic Dearborn Bank building to a 4-star hotel with 250 keys. It features three food and beverage venues, including the rooftop Cerise. The financing package came from Prime Finance.

Assisted by new data center tax incentives, large users in the Chicago region expanded their capacity throughout 2019, driving a year-over-year increase in both data center construction and leasing activity, according to CBRE’s latest U.S. Data Center Trends report. The region saw 15.7 megawatts of net absorption in 2019, a 30% boost over the prior year. Strong demand also drove new construction, with the Chicago region seeing 27 megawatts delivered in 2019, the fourth-most of any U.S. market.

Chicago-based Belgravia Group started construction on 66 condominiums at Triangle Square, its mixed-use development at 1701 West Webster Ave. in Chicago’s East Bucktown neighborhood. It is the first residential development in the North Branch Corridor since the city rezoned it in 2017. The company is slated to complete the building in 2021, and has already sold more than 25% of the units, Belgravia co-CEO David Goldman said. In addition to these condominiums, Triangle Square will include 300 apartments by LMC, a wholly-owned subsidiary of Miami-based Lennar Corp. 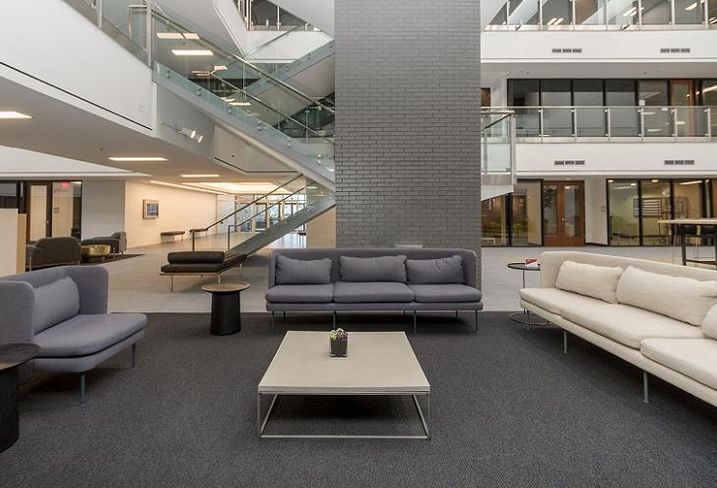 Optima Signature, the mixed-use development at 220 East Illinois St. in Chicago’s Streeterville neighborhood, will add an elementary school this fall. The Guidepost Montessori at Magnificent Mile school will lease 14K SF in the building, its last available retail space, and plans to serve first through fifth grades.