Five years after President Barack Obama proclaimed the historic Pullman Clock Tower Building a national monument, a group of neighborhood stakeholders gathered Wednesday to celebrate that anniversary and what is to come for the Pullman neighborhood. 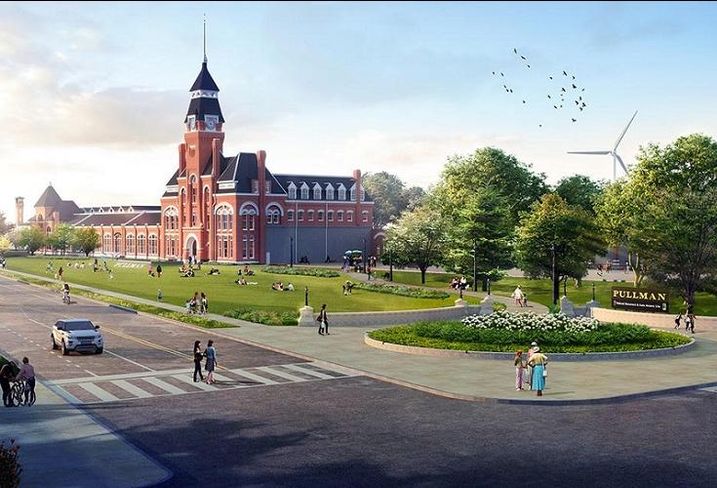 “Like most of the positive things that have been accomplished in Pullman, the monument is the result of a collaborative partnership — between the Historic Pullman Foundation, President Barack Obama, Valerie Jarrett and Mayor Rahm Emanuel, who never let an opportunity go by without championing it,” Beale said.

“As I see the new Gotham Greens and Whole Foods’ buildings, the Method Home Products plant, the Pullman Community Center and all the new restaurants and stores on 111th Street, I’m thrilled that our support for the monument and for the allocation of [tax increment financing] dollars which lured more than $300M of investment are building a better community and improving people’s lives,” Emanuel said. “But perhaps best of all, I finally have a place to sit down and eat when I come to Pullman.”

Richard Wilson, architect from Adrian Smith + Gordon Gill Architecture, which leads the site design of the Pullman National Monument, summarized the restoration’s next phase, including the restoration of the clock tower and the creation of a visitors center. 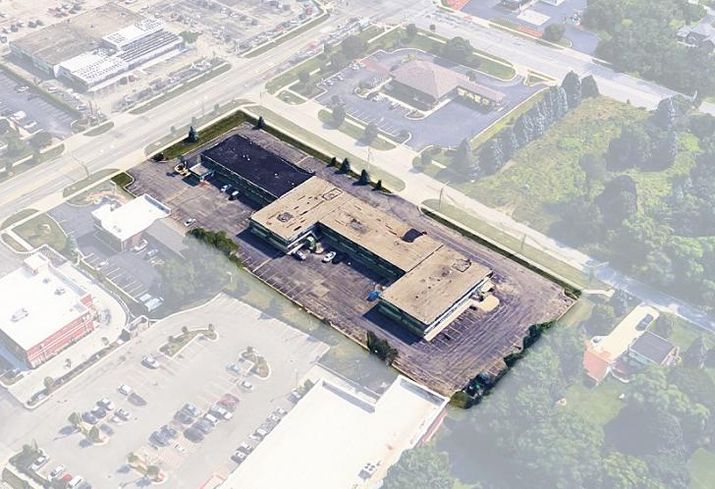 Chicago-based ACO Commercial’s George Toscas arranged the sale of a 2.8-acre site in Fulton Market West on behalf of a private investor group. The property, comprising most of the city block bounded by Lake Street, Hoyne Avenue, Damen Avenue and Walnut Street, is fully leased to Standard Equipment Co. and sold to Realterm Logistics for $14.8M in cash. The property is adjacent to the $72.9M CTA Green Line station under construction. Its four brick buildings, which served as Standard Equipment’s headquarters since 1986, total 44K SF. The company will relocate its operations to suburban Elmhurst this quarter.

NewLake Capital Partners closed sale-leaseback transactions with affiliates of GR Cos., a cannabis firm, for six of 10 properties within a six-state portfolio, which total about 60K SF of retail space. Company officials say they anticipate closing on the four remaining properties in the next 45 days. The total price for all 10 properties is about $15.5M. NewLake entered into long-term, triple-net lease agreements for each property. GR Cos., also known as Grassroots Cannabis, will operate them all as dispensaries. Grassroots said it will also improve the properties, and NewLake will reimburse the company for these projects up to $4.2M.

The Colovos | Soupos Group at RE/MAX Destiny represented the owner in the $5.4M sale of a 75K SF industrial building on 3.5 acres at 776 North Oaklawn Ave. in suburban Elmhurst. Vickie Soupos represented the sellers, Fast Heat Inc. The buyer was represented by Joe Bronson of NAI Hiffman. 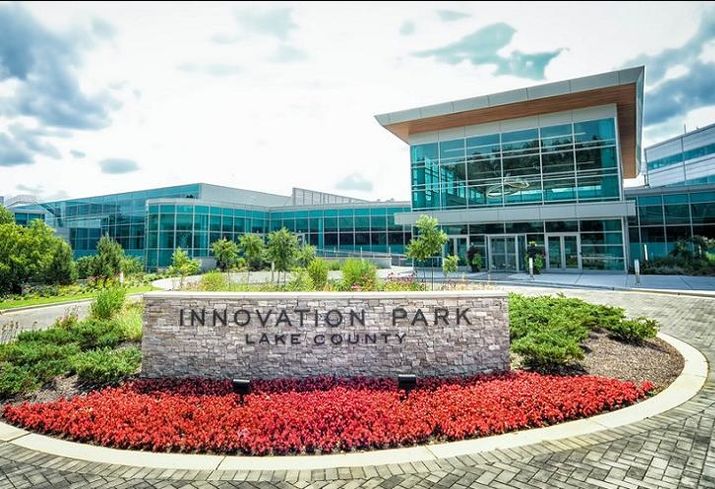 EVBox signed a 60K SF lease for its first North American headquarters and production facility, at the Innovation Park campus in north suburban Libertyville, around 40 miles north of Chicago. The company said it will use the site to produce hundreds of DC charging units per week, creating between 80 and 120 new jobs. 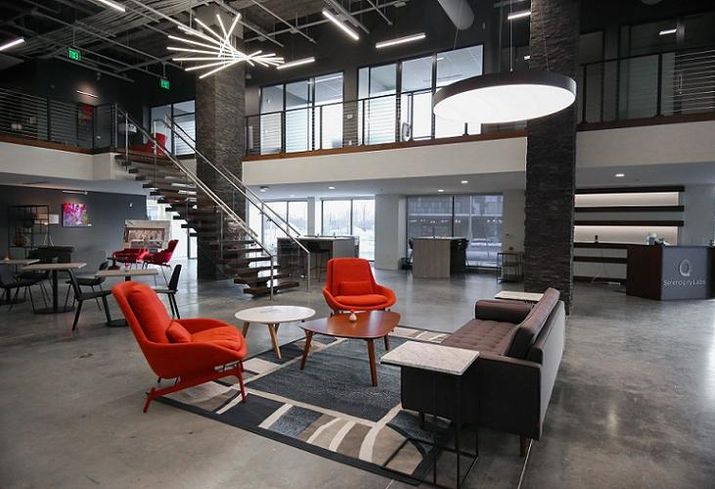 CA Ventures and Midwest Property Group kicked off construction in River North at 448 North LaSalle St. on a 12-story office building. Broker JLL said 75% of the 172K SF tower is already leased. CA Ventures will occupy the lower five floors and WeWork will lease another four. The developers forecast they will complete the building by Q1 2021, and JLL’s Chris Cassata and Craig Coupe will market the remaining 45K SF of creative office space. Lamar Johnson Collaborative is the project’s architect, and Lendlease served as the general contractor. Indure Build-to-Core Fund LLC was the lender.

Washington, D.C.-based Smart Growth America and LOCUS, its national coalition of real estate developers and investors, launched the National Opportunity Zones Marketplace, an online resource that aims to connect local governments, community leaders and other stakeholders in 13 communities across the country, including Chicago, with project partners to pursue developments in opportunity zones. In addition to Chicago, the other participating communities are Boston; Miami; Norfolk, Virginia; New Orleans; Seattle; Pittsburgh and six Massachusetts communities.