The downtown investment market slowed down considerably in the past year, but some properties in the right areas can still find buyers. Vesta Lofts, a 59-unit mixed-use property in Chicago’s South Loop, developed by JK Equities, just sold for $27M. The sale included the building at 125 East 21st St., and an adjacent parking lot.

“This transaction is the largest multifamily sale in the South Loop since March 2019, demonstrating growing investor interest in the area around McCormick Place,” Interra Realty Managing Partner Lucas Fryman said. 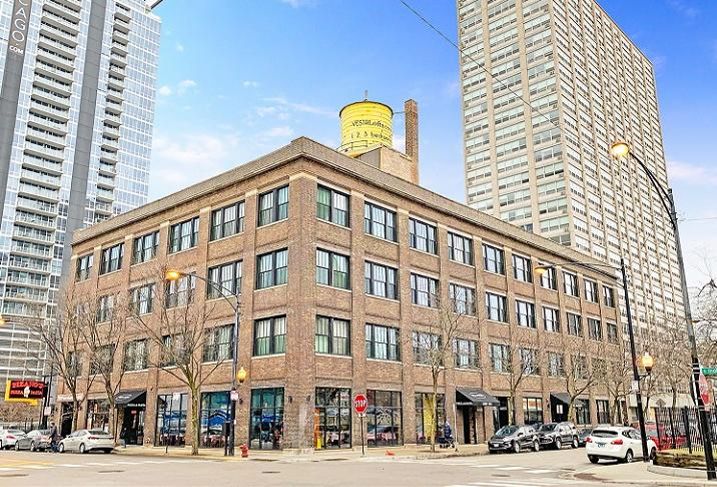 Along with Interra’s Joe Smazal, David Goss and Jon Morgan, Fryman represented both the seller and the New York-based buyer.

“This submarket is benefiting from a number of new projects, such as the Wintrust Arena and Marriott Marquis Chicago, as well as long-standing drivers such as the lakefront, McCormick Place, and Mercy Hospital and Medical Center,” Smazal said. “As a result, we’re seeing more multifamily investment and development as renters seek out more obtainable priced housing that is still close to the central business district.”

JK Equities is one of the leading multifamily developers in the South Loop. Along with partners Oak Capitals and Time Equities, it broke ground in December on the Helmut Jahn-designed 1000M, a 74-story tower at 1000 South Michigan Ave., which should debut in mid-2022.

J.C. Anderson hired Joe Hynes as project executive. Prior to joining J.C. Anderson, Hynes was senior vice president with JLL in Chicago, where he spent more than 16 years. His prior experience includes building repositioning and redevelopment, multisite portfolio management and client relationship management.

CBRE has named Jon Cordell to be an executive vice president, and Jason Houze as a first vice president, of its investor services leasing group. The pair will focus on significant office leasing projects in downtown Chicago. Both join CBRE from Newmark Knight Frank. Cordell brings more than 16 years of experience to CBRE, and worked on several large-scale leasing efforts, including launching 151 North Franklin St., and redeveloping 333 South Wabash Ave. and 625 West Adams St. Houze has more than seven years of experience, and began his career at JLL.

Mark Baumhart joined Lee & Associates, a broker-owned firm, as Chicago-based principal. He will work with the industrial group, and brings to the company more than 35 years of Chicagoland brokerage experience. Over that time, Baumhart completed more than 1,400 transactions valued in excess of $1B, according to Lee & Associates. He recently represented Arthur J. Rogers & Co. in the $116M sale to Stockbridge of its entire 1.7M SF industrial portfolio. 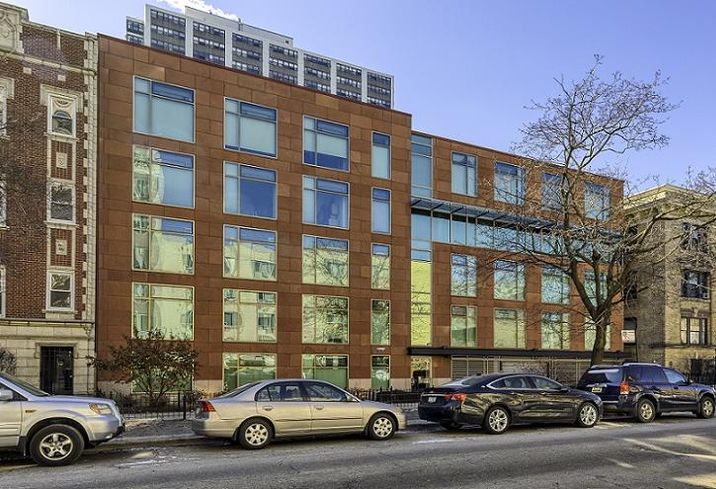 CBRE’s Sam Haddadin and Justin Ross represented the owners of 519 West Melrose St., a 58-unit condo property, in a $14.9M deconversion sale to SRE Holdings. Roughly 82% of the owners voted for the sale, but such deconversions became more difficult when the Chicago City Council recently approved a law that required potential buyers to secure support from 85% of owners, rather than the 75% required elsewhere in Illinois.

Chicago-based JLL closed the sale of Village West, a recently renovated, 1,134-bed student housing community located at 2053 Willowbrook Drive near Purdue University in West Lafayette, Indiana. Muinzer Management acquired the property for an undisclosed amount from an undisclosed seller. The property, which includes Class-A, resort-style amenities, is 98% occupied for the 2019-2020 academic year, according to JLL’s Scott Clifton and Stewart Hayes, who represented the seller.

MLL Capital acquired a 95K SF medical office property located at 1435 North Randall Road in northwest suburban Elgin. The five-story building sits just off Interstate 90 on the campus of the Advocate Sherman Hospital. Both were constructed in 2009. Company officials said the purchase was part of an effort to build a $500M portfolio of institutional-quality medical assets. Jonathan Swindle and Kyle Arnold of Waveland Property Group will handle leasing. 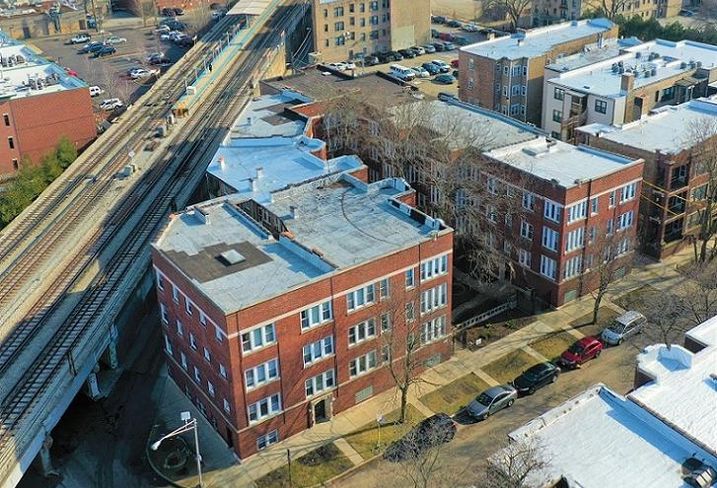 Apartment Investment Advisers sold a 40-unit courtyard building located at 6565 North Lakewood St., near Loyola University in the Rogers Park neighborhood of Chicago, for about $6.6M, or $166,250 per unit. The seller was a New York-based private investor, and the buyer was Chicago-based Fairchild Acquisitions. Fairchild officials said they also recently bought a 28-unit building at 6211 North Kenmore Ave. and a 39-unit building at 6000 North Winthrop St.

A joint venture between Clear Height Properties and Buligo Capital Partners acquired and plans to reposition 814 Commerce Drive, a three-story, 172K SF office building located in Oak Brook. The partners acquired the property from Elliott Management for an undisclosed purchase price. This is the joint venture’s second acquisition. The new owners will renovate the exterior facade, the building's entryway, and the lobby and common area spaces, as well as the grounds and landscaping. IRC, Innovista Health and DeVry occupy most of the space, but DeVry will soon leave its 66K SF.

Stream Capital Partners arranged the sale of a two-property industrial portfolio in a west suburban Lombard industrial park. The two properties total 80K SF, and are leased on a long-term basis to Skyline TradeTec, which creates displays for trade shows. Ken Buckman, the former owner of Skyline TradeTec, sold the properties, and then the business itself. The buyer is a New York City-based private group. The transaction was handled by Stream’s Jonathan Wolfe, Jeffrey Lizzo and Daniel Macks.

Venture One Real Estate, along with its partner Kovitz Investment Group, acquired a pair of suburban industrial buildings. The first is a 37K SF precast building constructed in 1990 at 1319 Marquette Drive in southwest suburban Romeoville. Ryan Klink of Cushman & Wakefield represented Venture One. The other property is a 36K SF building located at 236 William St. in Bensenville. This multitenant, 16-foot clear height building was constructed in 1965, and was fully leased at acquisition, but a 14K SF space will soon open up. Phil Reiff of JLL represented the seller. 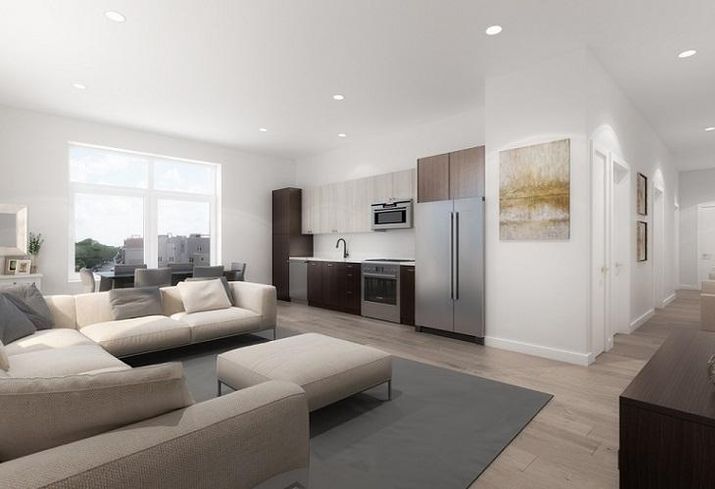 Officials from Chicago-based Spaces Real Estate said leasing is underway at The Ainslie, a four-story, 54-unit luxury rental community located at 4914 North Clark St. in Chicago’s Andersonville neighborhood. Joint venture partners Honore Properties and Peerless Development developed the building, and hired Spaces to lease it. Designed by Axios Architects, The Ainslie offers studio, one- and two-bedroom floor plans, with a set of Class-A amenities, including a rooftop deck with skyline views, gas grills and lounge furniture.

The CEDARst Cos. secured a $15.5M loan from Associated Bank for both the acquisition of a 22K SF land parcel at 5440 North Sheridan Road in Chicago's Edgewater neighborhood, and the construction of a 78-unit, five-story apartment building on the property, currently a surface parking lot. Method Development, a wholly-owned subsidiary of CEDARst, will serve as general contractor, and once completed, CEDARst affiliate FLATS will manage it.

Skender started interior construction on Bank of America’s new 536K SF office at the Bank of America Tower at 110 North Wacker, the city’s newest Class-A tower. The Charlotte, North Carolina-based financial institution will relocate from its current Chicago location at 135 South LaSalle, and about half of its downtown employees will move to 17 floors of the 56-story building. The interior will include an internal staircase connecting a two-floor conference center. Serving as general contractor, Skender is collaborating with Interior Architects and JLL, and company officials said they will complete the project by Q4 of 2020. 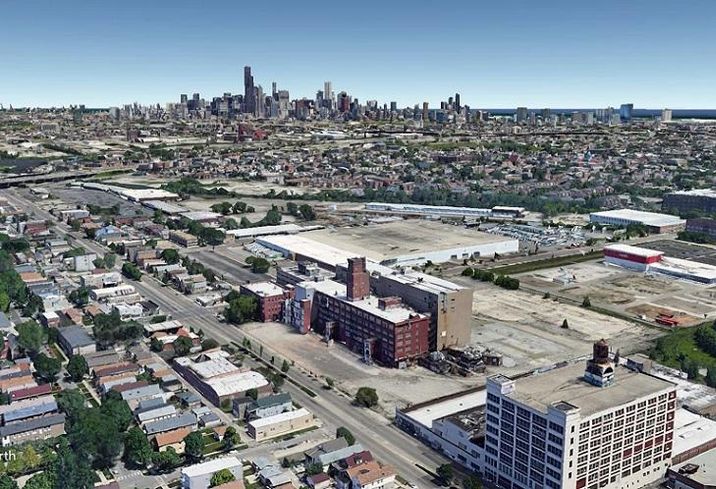 Karis Industrial and Stonemont Financial Group retained NAI Hiffman to lease the planned South Branch Commerce Center at 3535 South Ashland Ave. in Chicago’s Bridgeport neighborhood. The speculative distribution building will span about 260K SF, and tap into the demand for same-day deliveries. The owners will break ground this spring at the 16.38-acre site, which had been the Wm. Wrigley Jr. Co. gum factory. NAI Hiffman’s John Basile and Chris Gary will handle the leasing. The building will also have a build-to-suit office area and 32-foot clear ceiling heights.

Zumper just released its February National Rent Report, which covers 100 cities nationwide. Chicago ranked 16th as the most-expensive rental market in the nation, with the prices of one- and two-bedrooms at medians of $1,520 and $1,730, respectively. The price of two-bedroom units fell 8.5% since this time last year, Zumper found.

RENTCafé found that the extra cost to live in a Chicago building with a fitness center is among the highest in the U.S. More than half of Chicago’s apartment buildings are equipped with a fitness center, according to RENTCafé, but renting in these buildings costs $237 per month above the city average. In Naperville, a western suburb of Chicago, fitness amenities only cost an extra $19 per month above that city's average. In nearby Schaumburg, 81% of buildings have gyms and an average rent difference of just $9.