Much of the political talk in Chicago over the past year has centered on the need to divert more municipal resources to the city’s South and West sides. That debate will continue into the coming year, but in the meantime, private philanthropists are providing a boost.

The Pritzker Traubert Foundation just chose six finalists, each of which will receive a $100K planning grant, with one winning a $10M prize, for proposed development initiatives. More than 80 community-based and citywide organizations applied. 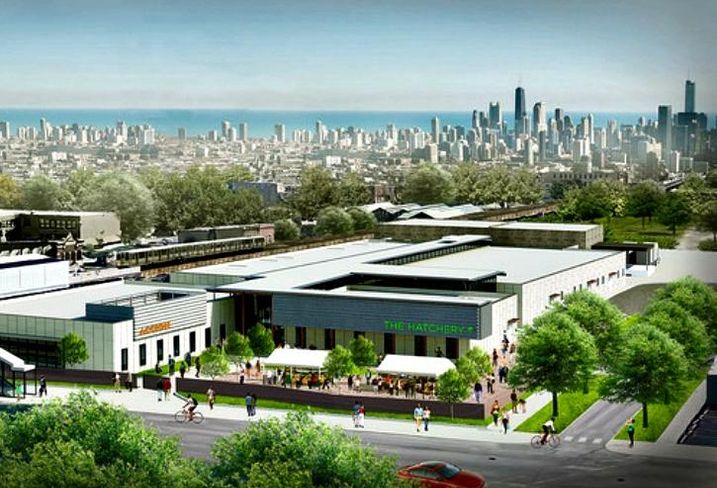 Courtesy of Industrial Council of Nearwest Chicago
The Hatchery, a food incubator in East Garfield Park.

The finalists were announced during a celebration at The Hatchery, 135 North Kedzie Ave., on Dec. 11. Each team proposed a range of projects for their respective communities. Most proposals involve renovating vacant structures, including former schools, into spaces for healthy food businesses, food co-ops, affordable housing and business incubators.

“By driving investment in our historically underserved communities, we will uplift our families and local businesses, create growth that is both inclusive and sustainable, and unlock the huge, untapped potential that exists across Chicago,” Mayor Lori Lightfoot said in a statement.

The Chicago Prize finalists are:

“Each of these finalists are proposing big plans that make sense at this moment for their neighborhood,” Pritzker Traubert Foundation President Cindy Moelis said. “The Chicago Prize will be awarded to the team that can best demonstrate their ability to execute on those plans and create something bigger for their community and the city.”

John Bunce joined Graycor Construction Co. as a construction manager. Bunce brings more than 34 years of design-build experience, and will focus on growing the firm’s national industrial buildings market. He joins Oakbrook Terrace, Illinois-based Graycor from Clayco, where he began as a project superintendent in 1998 and most recently served as a project director. 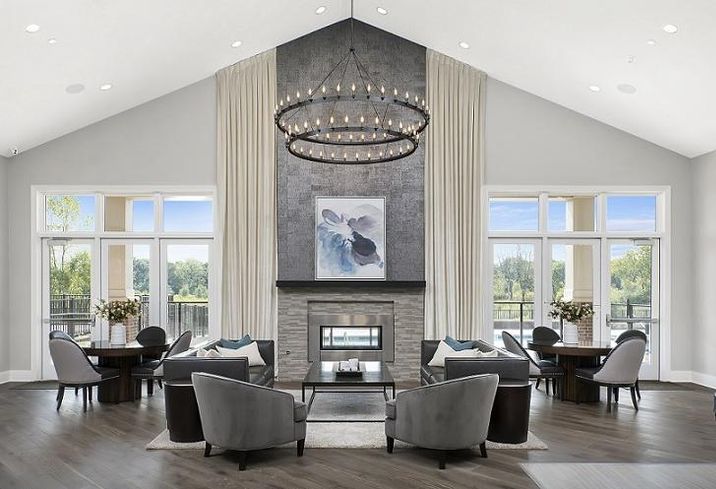 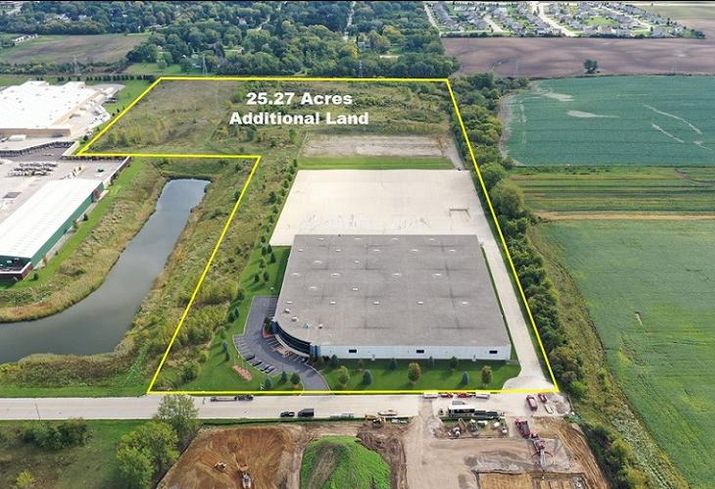 Venture One Real Estate, through its acquisition fund VK Industrial V LP, a partnership between Venture One and Kovitz Investment Group, closed the acquisition of a 151K SF industrial building on about 36 acres at 3535 Oakes in Mount Pleasant, Wisconsin. The property, constructed in 2007, was vacant at acquisition. Brian Bocci of Entre Commercial Realty represented Venture One in the transaction, and will market the property. 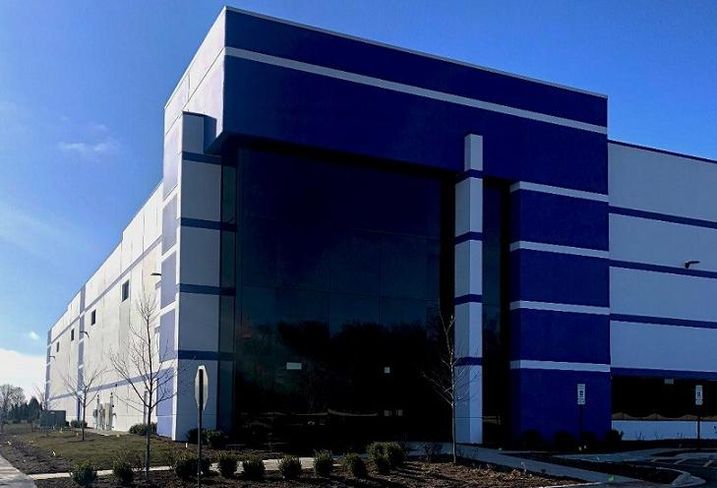 Maverick Commercial Mortgage’s Benjamin Kadish closed a first mortgage loan on a 360K SF industrial/flex/office complex at 6201 West Howard St. in Niles, Illinois, for a partnership between Harley Kahn of REA Commercial Real Estate and JDI Realty, a Chicago-based private equity firm. The partners purchased the property in the spring of 2018, when it was 70% occupied, and have increased occupancy to more than 92%. The borrower was represented by Saul Ewing Arnstein & Lehr LLP’s Roy Bernstein. 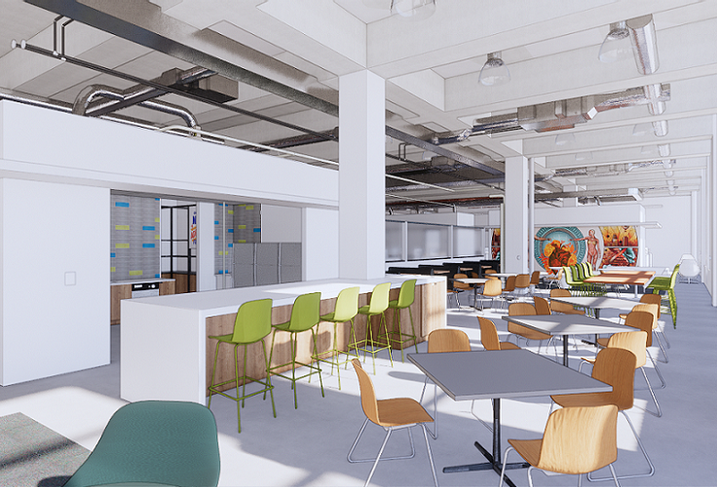 Skender started interior construction of the 85K SF headquarters for AbelsonTaylor, a Chicago-based health and wellness advertising agency, at the 2.8M SF Old Post Office building. The agency will relocate to the entire sixth floor of the north building and a portion of the fifth floor of the south building from 33 West Monroe St. to accommodate growth, but reduce its overall space. Only a few staircases will separate the spaces. Serving as general contractor and working in collaboration with HED, Syska Hennessy Group and Cushman & Wakefield, Skender plans to complete the project by March. Skender is also the contractor for Walgreens’ and PepsiCo’s space at the Old Post Office.

Krusinski Construction Co. completed 86 Food Service’s new location at 1400 West 43rd St. in Chicago. The company supplies fresh produce, meat, poultry and dry goods to restaurants and grocery stores, and the build-out included the installation of cold storage refrigeration, freezers and a retail outlet to serve on-site customers. The project team consists of Krusinski as the general contractor, Prologis as the developer, Cornerstone Architects Ltd. as the architect and Grivas-Krause Associates Ltd. as the structural engineer. 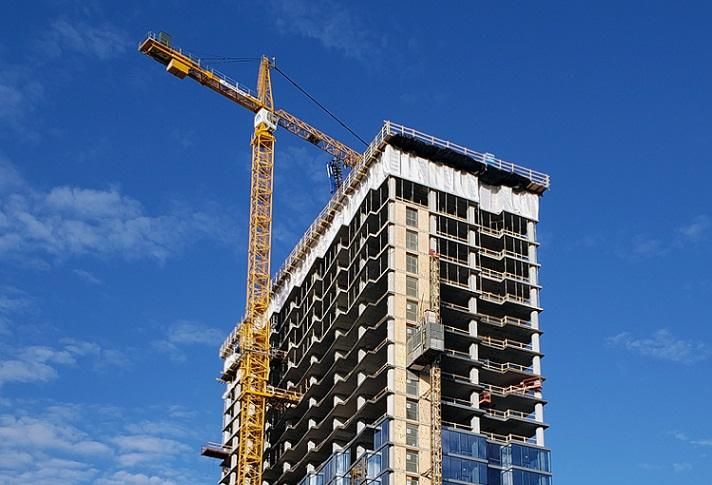 Draper and Kramer celebrated the topping off of its new 24-story, 275-unit apartment tower at 2111 South Wabash Ave. in Chicago’s South Loop near the lakefront and historic Motor Row. Called Aspire Residences, the transit-oriented development is less than a block from the CTA’s Cermak/McCormick Place Green Line station. The company plans to complete it by summer 2020. The building was designed by Solomon Cordwell Buenz, and the general contractor is a joint venture between Chicago-based Power Construction Co. and Ujamaa Construction. 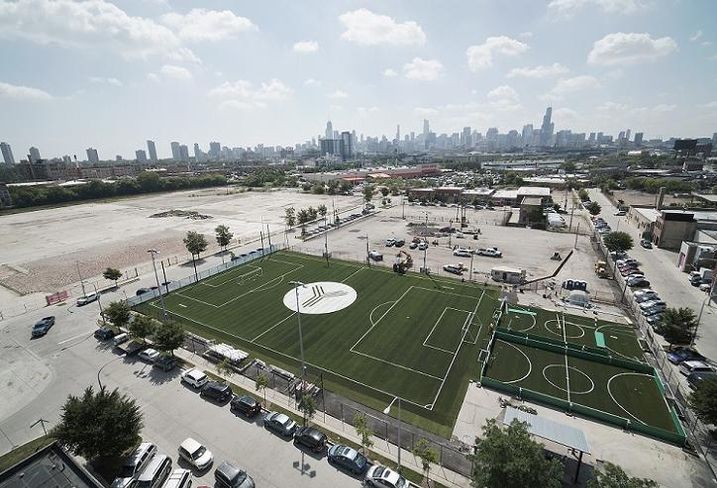