Overall vacancy in the suburban office market rose to 21.8% in the third quarter, up from 21.5% in Q2, according to a new report from Colliers International. Alongside the dreary overall conditions, portions of the suburban market continue to show signs of strength. 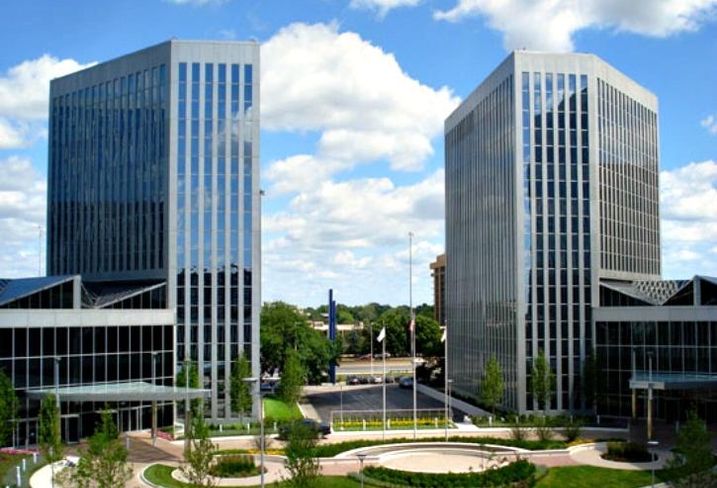 Class-A suburban vacancy did remain flat at 22.3%, but vacancy in trophy assets is much lower, ending the third quarter at 16.6%, down 170 basis points from the same time period in 2017.

Despite the rise in vacancy, activity remains strong in properties that are centrally located and offer modern amenities. Among Class-A properties near O’Hare International Airport and the Chicago Transit Authority’s Blue Line, vacancy stands at just 13.5%.

Suburban leasing activity, including new leases and expansions, totaled 1.1M SF in the third quarter, according to Colliers, down slightly from 1.3M SF in the second quarter. 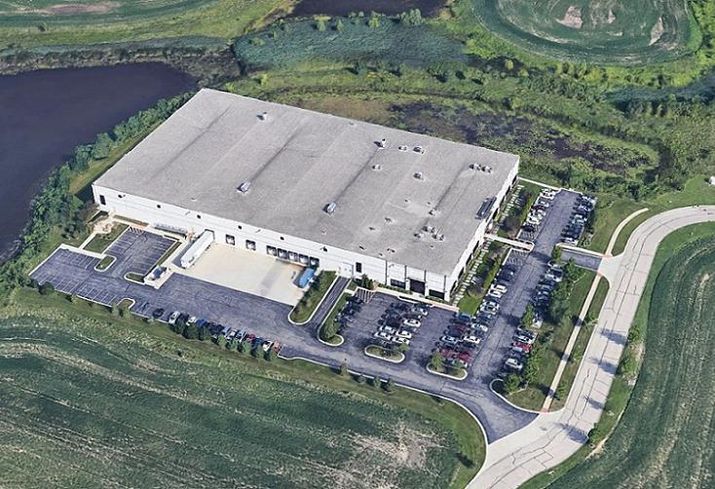 NAI Hiffman’s Pat Sullivan and Ryan Chambers completed a sale-leaseback transaction on behalf of Young Innovations, a global manufacturer and distributor of dental supplies and equipment. The assets sold for $17.1M, and include the company’s 95K SF headquarters building at 2260 Wendt St. in northwest suburban Algonquin, as well as the firm’s three manufacturing and distribution facilities totaling 117K SF in Earth City, Missouri, a St. Louis suburb.

Brown Commercial Group partner Mike Antonelli represented both the buyer and the seller of a 22K SF building at 330 Fay Ave. in northwest suburban Addison. The seller was an out-of-state private partnership. The buyer was a tenant, Stuever & Sons, which provides bar and restaurant equipment installation, remodeling and upgrading in the Chicago area.

Marcus & Millichap announced the $3.9M sale of Park Shops, a 47K SF grocery-anchored retail center at 6400 West 63rd St. in Chicago. Adrian Mendoza, Austin Weisenbeck and Sean Sharko marketed the property on behalf of the seller, a developer. After multiple offers, they secured the Chicago-based buyer, a private investor, in an all-cash transaction.

Interra Realty’s Lucas Fryman brokered the sale of 6901 South Paxton Ave., a three-story, 50-unit building in the Jackson Park Highlands submarket of Chicago’s South Shore neighborhood, and 6949 South Paxton Ave., a four-story, 29-unit building on the same block. The recently renovated properties sold together for $6.65M, or $84,172 per unit, in an off-market transaction. Both seller and buyer are from coastal cities. 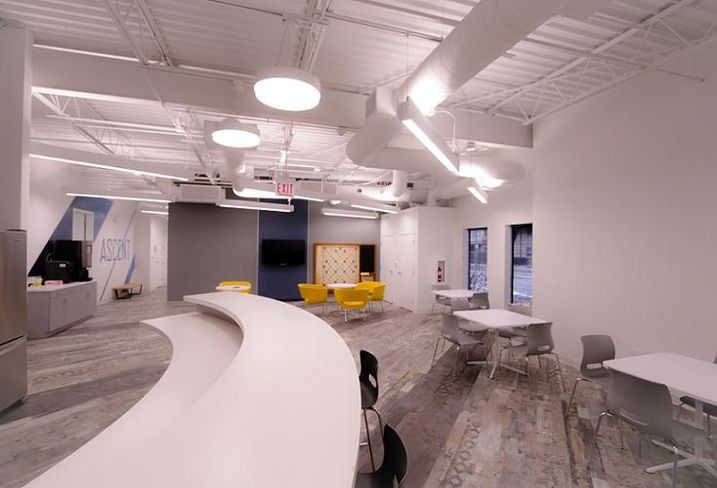 Evergreen Real Estate Group, in partnership with the Chicago Housing Authority, completed Oso Apartments, a 48-unit affordable rental community at 3435 West Montrose Ave. in Chicago’s Albany Park neighborhood. 35th Ward Alderman Carlos Ramirez-Rosa and officials from the Chicago Housing Authority, Illinois Housing Development Authority and North River Commission joined the developer at a ribbon-cutting event Oct. 10. Located at the southwest corner of Montrose Avenue and Bernard Street, on formerly vacant land, the new five-story building has 32 apartments set aside for CHA residents, 14 for households earning up to 60% of the area median income, with two units reserved for households earning up to 50% of AMI. 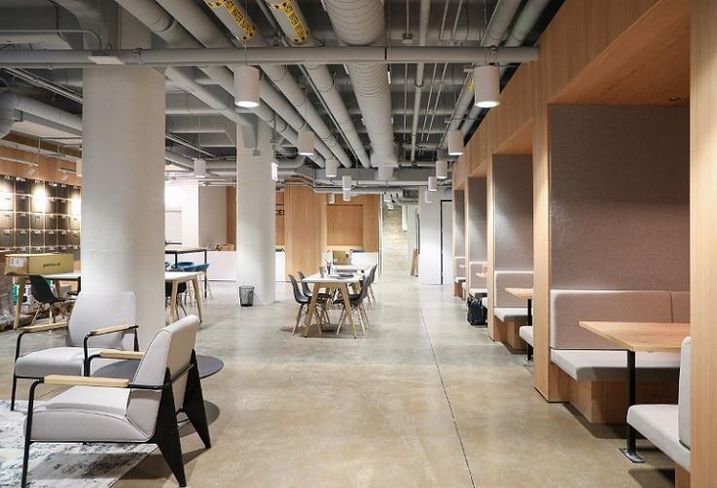 Courtesy of Skender
Spaces at LaSalle and Ontario streets

Skender completed interior construction of the eight-story, 80K SF Spaces location at the corner of LaSalle and Ontario. The flexible office provider occupies the former Sports Authority building as sole tenant, and can provide workspaces for more than 500 business professionals. Key gathering areas include a gym space, a large reception area and conference rooms of varying sizes. Skender collaborated with an Atlanta-based group of architects at Nelson Cos., Loring Engineers out of North Carolina, local owner’s representative Himes Associates and Spaces owner IWG, to complete the project for an Oct. 1 move-in date.

The Opus Group completed Seven07, a new student living community near the campus of the University of Illinois at Urbana-Champaign. The 14-story building includes 218 units and a total of 548 bedrooms. Students moved into the residence prior to the start of the fall semester. Located on the northwest corner of John and Fourth streets, the building includes a plethora of shared spaces and amenities, including a fitness center, an indoor basketball court, a spa, group and private study areas, a lounge and a café. It was a joint venture between Opus and The Carlyle Group. Creative License International was the interior designer. Asset Living will manage the property, and SunTrust Commercial Real Estate provided financing. 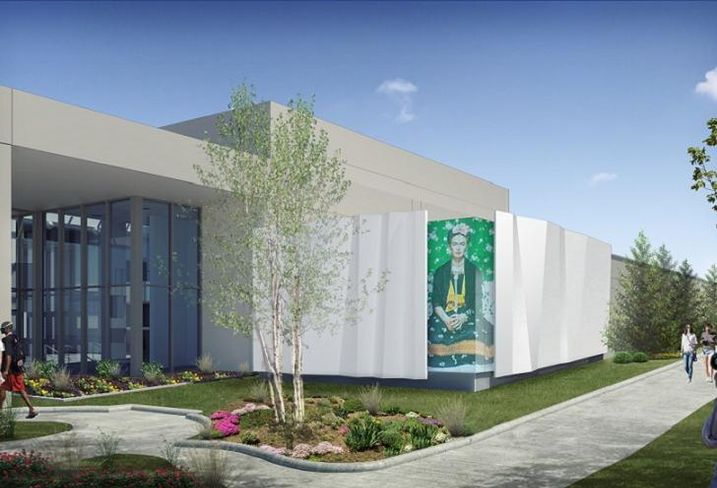 Chicago-based integrated design firm Wight & Co. designed an expansion to the existing Cleve Carney Art Gallery at the College of DuPage in suburban Glyn Ellyn. It will accommodate the upcoming Frida Kahlo 2020 exhibition, the largest Chicago-area show of the artist’s work in decades. The school will rename the gallery, originally designed by Wight in 2015, the Cleve Carney Art Museum to reflect its new scale.