The Forgotten History Of Chicago Supertalls: 4 Things You Forgot About The Board Of Trade Building

It's one of the epicenters of Chicago's financial industry and its design stands out among modern downtown skyscrapers. Today, our continuing series on the forgotten history of Chicago supertalls turns to the Board of Trade Building. Although it doesn't fit the modern definition of supertall buildings, it pioneered height and class in Chicago.

1. It Was Chicago's Tallest Building For 35 Years 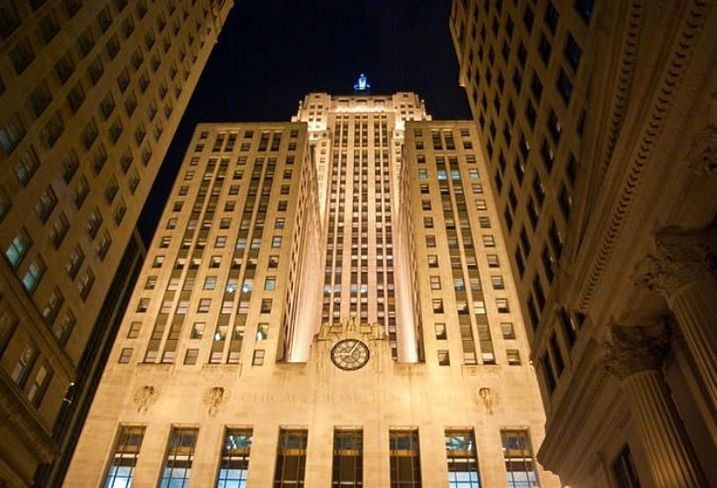 The Chicago Board of Trade commissioned Holabird & Root to design a new HQ in 1925. By that time, skyscrapers were being built with steel frame structural systems, which allowed for completely vertical construction. (The Chicago Architecture Foundation has video online of the building's construction.) The building's exterior has setbacks at varying heights, which allowed for additional light to enter the building. At night, those setbacks are lighted upwardly with floodlights. It cost $11.3M to build—the equivalent of nearly $160M today.

When the building opened on June 9, 1930, it rose 605 feet, making it Chicago's tallest building until the Daley Center opened in 1965.

2. Its Art Deco Design Is Landmarked 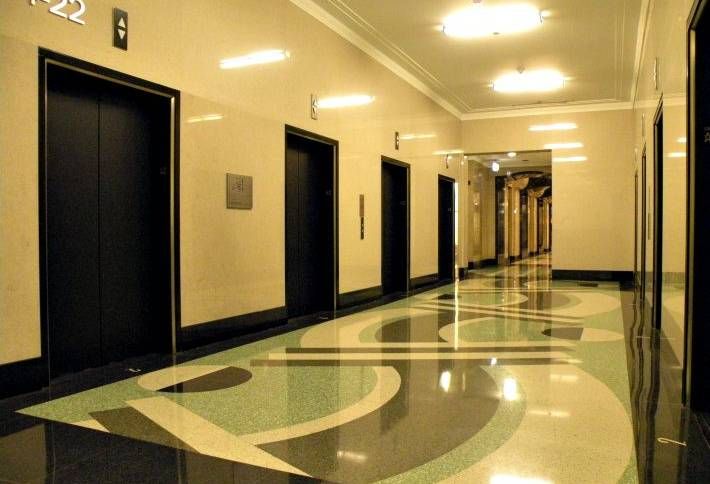 The Board of Trade building is one of the best examples of Art Deco architecture and design. The building's stonework has details depicting crops. The sculptures on the sides of the building's clock depict a Mesopotamian man and a Native American holding grain, which harken back to the beginnings of modern civilization and the Board of Trade's business trading agricultural futures.

The significance of the building's design was enough to be designated a Chicago landmark on May 4, 1977, and it was added to the National Register of Historic Places June 16, 1978. 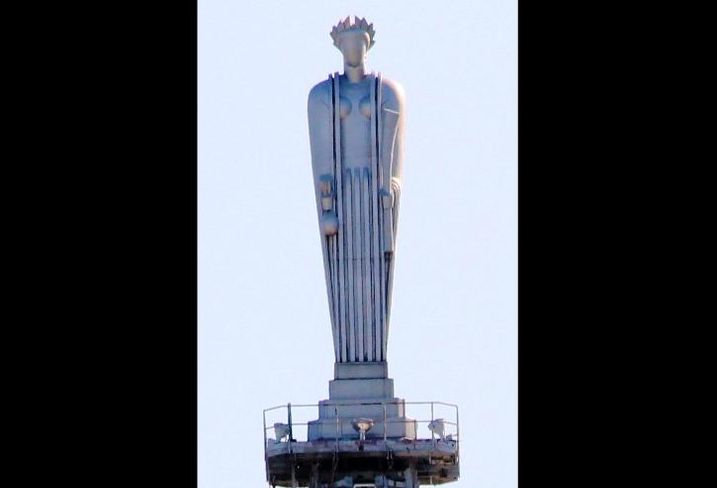 The Ceres statue 45 stories above street level is one of the Board of Trade Building's defining details, but its designer, artist John Storrs, thought it was silly to place a statue so high above ground, and he questioned if anyone would see it. Storrs used a live model in his design but the most notable detail of the statue is that it's faceless. Ceres, the Roman goddess of agriculture, is another nod to the Board of Trade's business in commodities exchanges. Today, visitors to the Willis Tower Skydeck can view the statue, 845 feet below. We're sure Storrs would be proud. 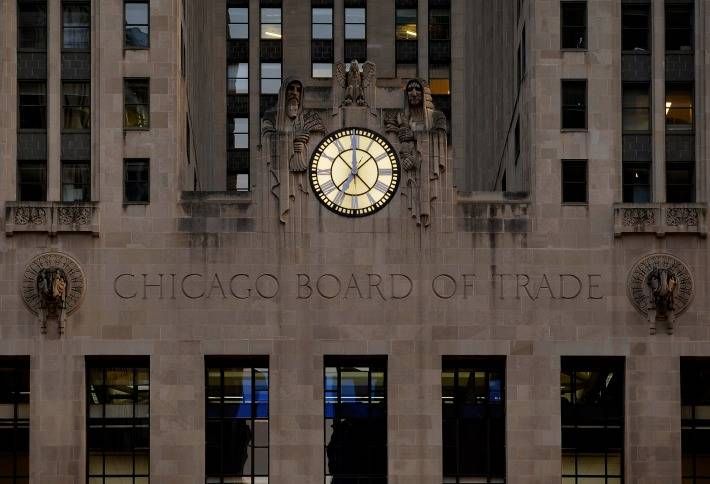 GlenStar Properties' $30M in renovations last year included a complete rehab of the clock facing Jackson Boulevard, so that it lights up at night. The clock could always keep time, but stayed dark at night for 40 years until last October. GlenStar also cleaned, painted and rewired the clock so that it can last well into the 21st century.