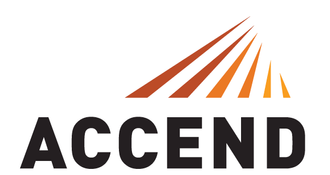 Lean Construction Just Got Leaner, Thanks To This Chicago Contractor

Lean construction has gotten a little bloated. Though it was conceived as the ideal way to eliminate waste from building projects, the Last Planner system inherent to Lean has built-in inefficiencies, especially when it comes to the all-inclusive Phase meetings, which can drag out for three hours or more.

“We would lose people about an hour in,” said Andrew MacGregor, president at ACCEND Construction, a Chicago-based contractor. “Part of the reason we founded ACCEND was because we knew that there had to be a better way.”

MacGregor and his colleagues at ACCEND have devised and named a different system, which they call SIPP — short for Schedule, Issues, Procurement and Planning — which elevates the accountability for all parties involved on a construction project. Most importantly, SIPP breaks down interminable all-hands meetings into digestible chunks, giving valuable time back to subcontractors, trade workers and, of course, the owners who give ACCEND their business.

Lean construction was developed in the 1990s as a way to minimize wasted time, effort and materials for major building projects. The philosophy of lean construction emphasizes that every party involved should have a seat at the table before construction begins, specifically at a “Last Planner” meeting in which the group works out a detailed schedule for the entire project.

But parties often arrive at that table underprepared. ACCEND Operations Executive Jim Melachrinakis painted a picture of Last Planner meetings at a former employer: Subcontractors and tradespeople would sit in a big conference room, taking turns to place sticky notes up on the whiteboard or walls to signify tasks for which they were responsible.

By the end of the meeting, the board would be full of notes, which the team would then have to shuffle and rearrange into a coherent schedule. Besides being wildly inefficient, the system was rife with conflicts.

“The flooring guy might have put his note up saying he would be done on Feb. 18, but the electrical guy’s sticky note says he wouldn’t be done until Feb. 22, meaning the flooring guy couldn’t even start until the 23rd,” Melachrinakis said. “You’d spend half the meeting reworking the schedule. And then someone had to input it all into an electronic version and distribute it later. It was not effective at all.”

SIPP, by contrast, asks stakeholders to do a little more homework. Before a SIPP meeting, ACCEND has subcontractors send over all of their tasks, essentially gathering all the “sticky notes.” Then, the ACCEND team devises and distributes a preliminary timeline for the project, giving stakeholders time to comment and revise the calendar, long before the actual meeting.

There are no sticky notes at SIPP meetings. Instead, the timeline is already up on a wall. And while there is still time set aside to confirm the timeline and plan critical sequences, a SIPP meeting may spend only half an hour on scheduling, as opposed to a Last Planner meeting, which might take upward of two hours just to determine what can happen when. Additionally, only the key players are required at SIPP meetings — no subcontractor or team member’s time is wasted if his or her participation won’t further the group.

SIPP eliminates waste from the most time-consuming piece of last planner meetings — scheduling — and gives ACCEND more time to focus on the most pressing part of the preconstruction process: resolving issues and potential conflicts before they happen.

According to MacGregor, the Issues portion of SIPP meetings has prevented many crises. He cited a tenant improvement project for a Bay Area data security firm’s new office in Chicago’s West Loop. The client, which was leasing two neighboring floors, was planning on building an internal staircase. During the initial SIPP meeting, MacGregor concluded that the traditional permitting timeline wouldn’t make it.

“We determined that we needed to break out the staircase as an early, separate permit from the rest of the office,” he said. “What would normally have been a 16- or 18-week construction schedule suddenly was compressed down to nine weeks.”

MacGregor said ACCEND has been gaining a reputation in Chicago for being able to pull off projects within incredibly demanding timelines. He credits that speed to SIPP and his team’s willingness to subvert traditional processes like lean construction.

Procurement — actually getting hold of the materials needed for construction — can throw a wrench in project timelines, so ACCEND makes sure to focus SIPP meetings on how and when materials will arrive. On another project in the West Loop, ACCEND realized it needed to release all the HVAC equipment earlier than the “normal” expedited pre-purchasing timelines, before the mechanical designer had even finished drawings. Melachrinakis said that unorthodox call might not have been made by a contractor that was more stuck in its ways.

“Some contractors have gotten too comfortable with the usual routine,” he said. “It’s because they’re not actively questioning their own process that projects end up behind schedule and over budget.”

In building out a preliminary schedule, ACCEND will examine each step and push back on its subcontractors and vendors if it seems as though there is time to be saved. The result is a process that is even leaner than lean construction.

While SIPP helps keep projects on time and within budget, MacGregor said the largest impact is on the human side. Simply being considerate of the time of all the involved parties creates a far saner, more civil workplace on both the job site and in the back office.

“Things shouldn’t be harder than they need to be,” he said. “Clients can feel how much less confusion there is, and they know that this is a measurable improvement.”

This feature was produced in collaboration between the Bisnow Branded Content Studio and ACCEND Construction. Bisnow news staff was not involved in the production of this content.

ACCEND Construction
ACCEND is disrupting the commercial construction industry as we know it today - through elevated project leadership, full transparency, deep integrity and ethical business practices. We are proud to be one of the very few 100% employee owned general contractors in the nation. We exist to optimize the construction experience at all levels by making projects easy, transparent, efficient and fun. ACCEND specializes in building commercial interiors, hospitality projects, new construction and heavy renovations. Our team members are responsible for building-out much of Chicago’s tech scene. We know how to lead complex and wildly creative projects and are ready to dig in to your project as your ally, partner and advisor. We hire for talent and are always looking for passionate and energized people to join our team. Learn more at http://www.accendconstruction.com/careers/ ACCEND is 100% employee owned and part of Skyline’s family of companies which includes Skyline Construction (Bay Area commercial interiors) and Skyline Capital Builders (Bay Area commercial construction). This partnership offers a seamless opportunity for clients with various types of construction needs to experience the same values, systems, oversight and commitment to building the highest quality projects under an umbrella that is well established, financially sound and committed to their local markets.
Confirmed! You are subscribed to the Bisnow Chicago E-Newsletter.
Most Read Stories
More Top Stories
Bisnow Chicago Newsletter
Bisnow Chicago Newsletter