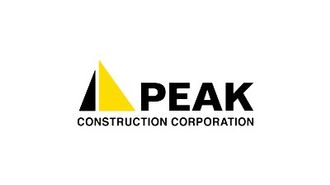 For Construction Firms, Secondary Markets Offer An Opportunity For Growth

Across the U.S., secondary markets are becoming prime opportunities for developers. Fueled by an increasing demand for more space and lower rent, real estate outside major cities is growing.

Chicago-based construction company Peak Construction is at the forefront of this trend. For over 20 years, Peak has used innovative methods to drive the real estate industry forward through building properties and forging client relationships. A hunger for growth has helped Peak evolve from a local Chicago design-build shop into a national construction corporation.

More developers are tapping into a growing demand for various property types in secondary markets, and Peak is continuing to grow in Chicago while expanding its reach into other cities and towns across the country.

“We’re seeing many interesting developments in expanding second-tier markets due to e-commerce advances and overall economic growth,” Peak CEO and founder Mike Sullivan said. “Peak is excited to work with new and repeat clients in these areas.”

On the East Coast, DCT Industrial Trust engaged Peak to develop an industrial facility in Bordentown, New Jersey. The facility is 440K SF with 36-foot clear heights, and features up to 67 dock doors and 21K SF of office space. This facility enters the market as the New Jersey industrial sector continues to grow.

Peak is also working alongside Scannell Properties to design and build a 409K SF industrial facility in Aurora, Ohio. The building features an EPDM roof, 32-foot clear height ceilings and 30 dock doors. Outside the building, there will be 20 trailer spaces and a parking area that can expand to hold 150 parked cars.

This build-to-suit project came with challenges. The building is being designed around on-site wetlands. The Peak team has also had to accommodate a road restructuring to relocate power poles.

An increase in industrial assets in many of these secondary markets is being fueled by newfound consumer preferences. E-commerce is driving industrial growth, which accounts for $119B in national retail sales, according to a Cushman & Wakefield market report. More companies are moving their industrial operations closer to customers. As of Q1, Northern and Central New Jersey had 627M SF of inventory and over 8M SF of industrial space under construction.

Peak has also made a name for itself in a growing hospitality market in secondary cities. In Bridgeview, Illinois, First Hospitality Group recently contracted Peak’s team to build a new Hampton Inn & Suites. The four-story hotel will be at Harlem Avenue and 71st Street, inside Toyota Park, the home stadium of major league soccer team Chicago Fire. Its proximity to the park is expected to draw soccer fans and visitors to the hotel, which will feature an indoor pool, a fitness center, a meeting room, a two-story breakfast atrium and 109 guest rooms. It is slated for completion in May.

Midwestern cities and suburbs like Bridgeview have seen an uptick of tourists and travelers over the last few years, drawn to these areas by sporting and entertainment events. The Super Bowl, for instance, boosted hotel performance in the Minneapolis-St. Paul market and contributed to growth in revenue per available room throughout the state of Minnesota, Marcus and Millichap reported. The Minneapolis-St. Paul submarket achieved 626% RevPAR growth over Super Bowl weekend alone. Hotels adjacent to convention centers in Des Moines, Iowa, and Omaha, Nebraska, are also slated to open this year.

“Hospitality construction is still riding the wave, especially with limited-service hotel opportunities in the Chicago suburbs where tourism has been thriving,” Peak President John Reilly said.

As demand for construction increases, Peak is taking on more ambitious projects. The team is putting on their hard hats and getting to work.

This feature was produced in collaboration between Bisnow Branded Content and Peak Construction Corp. Bisnow news staff was not involved in the production of this content.