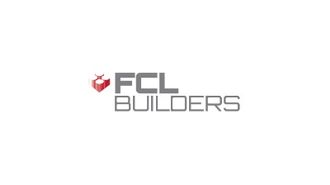 As Industrial Has Evolved, FCL Has Become A Build-To-Suit Jack-Of-All-Trades

Industrial is one of the fastest-growing U.S. markets. To keep up with demand, FCL Builders has adapted to clients' evolving needs, building a reputation for expertise in build-to-suit projects. A national design-bid-build contractor, leading developers in the Midwest, Texas, the Southeast and the Mid-Atlantic call on FCL Builders. In addition to a portfolio of traditional warehousing and distribution buildings, the contractor has also established a résumé of build-to-suit e-commerce, manufacturing, cold storage, distribution and food processing projects.

As these sectors continue to grow, clients depend on FCL’s knowledge to build facilities that fit their changing requirements.

E-commerce sales will grow from 8% to 12% in 2017, and are expected to total between $427B and $443B. As the industry grows, successful companies have expanded their fulfillment center networks. Athletic apparel companies like Under Armour have emerged as front-runners for combining accessible digital inventory with experiential brick-and-mortar locations.

The Baltimore-based company built a 1.3M SF warehouse in Sparrows Point, Maryland. It relied on FCL for the construction of the entire facility. Under Armour also benefitted from the company's expertise in building pads, the soil materials on which the facility stands, and underground utility construction.

Since starting in Chicago in 1976, FCL has retained 96% of its customers. El Río Grande Produce, after seeing FCL build the Chicago International Produce Market, became a repeat client. The company hired FCL to construct a 228K SF produce distribution facility in Edinburg, Texas. The project called for seven coolers ranging in temperature from 34 degrees to 44 degrees, in addition to two zero-degree freezers.

With 112 employees serving customers across offices in Chicago, Dallas, Atlanta and Baltimore, FCL Builders has built a reputation of personal, individual service and a high attention to detail. FCL separates itself in the industry by serving as the customer’s advocate.