Gov. J.B. Pritzker won applause from developers and trade unions for deciding to allow construction projects to continue even as much of Illinois’ economy shut down. That has kept some of Chicago’s most anticipated skyscrapers on track, but the crushing recession that stemmed from the coronavirus pandemic has cut into demand, and some decision-makers have grown nervous.

Even though most construction will continue unabated, several major projects were halted, and whether the market endures a more severe slowdown may depend on whatever progress is made on developing a vaccine, and if Illinois suffers from a resurgence similar to what’s happening in many states in the South and West. 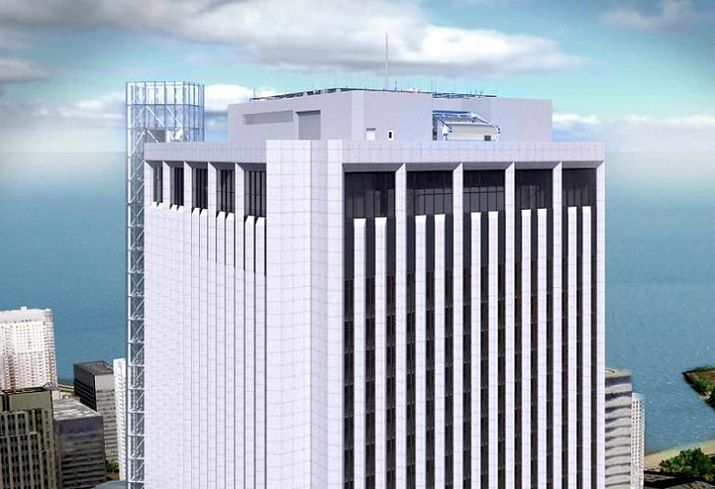 This year’s slowdown has been particularly acute in the residential sector, according to Dodge Data & Analytics. Residential construction starts in the Chicago metro area totaled $1.54B in 2020 through the end of May, a 35% decline from the same period last year. The decline may be accelerating. In May, metro construction starts totaled $347M, a 67% decline from May 2019, when starts totaled more than $1B.

The slowdown is also biting into the nonresidential sector, Dodge Data & Analytics found. In May, construction starts in this sector totaled $755M, a 13% decline from the $868M recorded for May 2019.

The city’s steep decline in tourism is impacting more than Chicago’s hospitality sector. It led 601W Cos. to delay starting construction on the new observatory it plans to place atop its Aon Center. The $185M project, designed by Solomon Cordwell Buenz, was set to launch in the fall, according to the Chicago Tribune, but 601W has now decided to push the start date back into 2021.

601W Cos. had more bad luck with another of its major Chicago projects. The New York-based developer began opening up the 2.5M SF Old Main Post Office in the months leading up to the pandemic, after leasing huge portions to companies such as Walgreens, Ferrara Candy and Uber. But Uber announced in early April that it was hitting pause on the build-out of its 463K SF office space, telling Crain’s Chicago Business it was due to the coronavirus crisis. A spokesperson for the ride-sharing company said it would not move into the Post Office until 2021, rather than in the fall as originally planned. Days earlier, the company announced a similar delay for its new space in Dallas.

Time Equities and JK Equities told Crain’s Chicago Business in early June that at some point in the previous 10 weeks, they decided to halt construction on their Helmut Jahn-designed 1000M, a 74-story condominium tower at 1000 South Michigan Ave. in the South Loop. This decision was driven not by concerns about a lack of demand, but fears that continuing construction would spread the coronavirus among the workforce. Unlike most Chicago construction projects, where workers are outdoors and have plenty of fresh air, workers at 1000M, which broke ground late last year, were still working underground in close quarters, the developers said, and there was no way to ensure their safety. 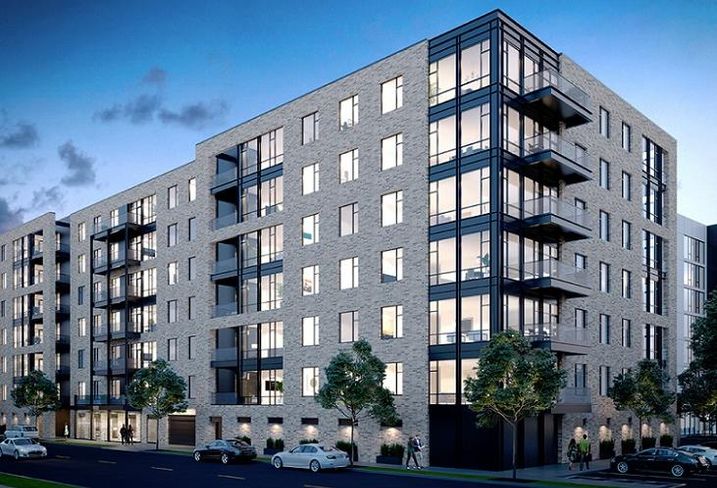 Still, developers seem likely to continue transforming the Chicago skyline even if the pandemic continues for an extended period. Major developments set to continue include:

Riverside Investment & Development Co. and its partner, Convexity Properties, broke ground in late 2019 on BMO Tower, a trophy office building at 320 South Canal St. in the West Loop. The developers had already signed three tenants, including BMO Harris, which anchored the building by signing a 500K SF lease in December 2018, by the onset of the crisis, bringing the planned 50-story building to 48.5% leased, according to a Riverside spokesperson.

Riverside and its partner, The Howard Hughes Co., have also done well with their Bank of America Tower at 110 North Wacker Drive, a 55-story trophy building they plan to deliver in October. The developers kept signing deals in 2020, including with Chicago-based real estate investment management firm Heitman, which agreed to occupy two floors, bringing the property to 75% leased.

Belgravia Group broke ground in March on Triangle Square, a planned seven-story condominium building that will nestle between Lincoln Park and Bucktown, near the site of Sterling Bay’s Lincoln Yards development. The site at 1701 West Webster Ave. was underused for years, but a Mariano’s grocery store recently opened adjacent to Belgravia’s land, and the developer just began working on the project’s second floor.