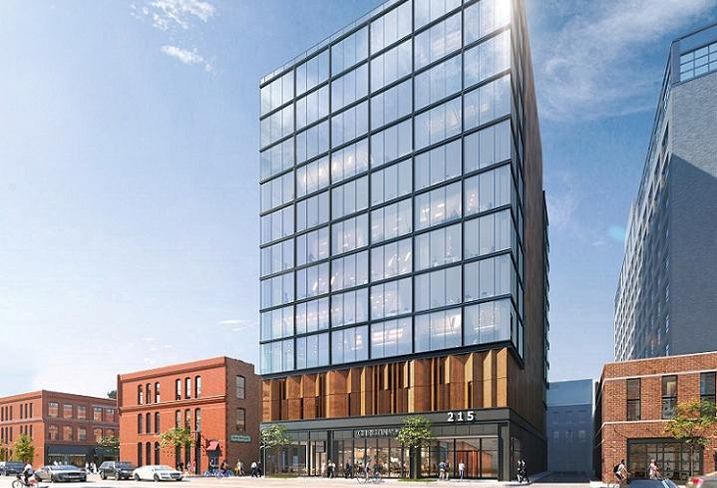 National builder Clayco wants to transform how buildings are created by bringing all aspects of new construction under one roof. It just took another step in that direction by combining its Chicago-based subsidiary design firm Lamar Johnson Collaborative with Clayco-owned architecture firm BatesForum, creating one entity of about 250 professionals in five offices.

“The traditional method was for clients to go out and retain a host of separate entities, including architects and general contractors, who then would go out and hire their own engineers and subcontractors,” LJC CEO Lamar Johnson said. “That system has been around for centuries, and we believe it is inherently disorganized and inefficient.”

Clayco, on the other hand, has been able to act as its own architect, he said. The firm acquired Bates Architecture in 2017, and merged it with its in-house design studio Forum to create St. Louis-based BatesForum.

“Our integrated delivery model will set a new standard by completely disrupting the inefficiency of the traditional paradigm of design-bid-build,” Clayco CEO and founder Bob Clark said.

“We are all pulling in the same direction," Johnson added. "There is not an adversarial relationship between the architects, contractors and engineers.”

LJC and Clayco already have experience working closely together, and it was a Chicago project that sealed the new partnership.

Even before LJC officially became part of Clayco in October, the two began work as architect and contractor, respectively, on 215 North Peoria, a 12-story office tower in Fulton Market being developed by a team that includes CBRE Chicago Chairman Robert Wislow.

The project began in February 2018, and although they started participating in weekly meetings with the developers, LJC and Clayco officials also began a near-constant series of meetings outside that process.

“We were in each other’s offices all the time, and that showed us the power of integration,” Johnson said.

Sitting beside one another meant all the many questions that naturally arise during development got answered right away, instead of having to wait a week or more.

“That’s a huge time saving, and a huge enhancement to delivering a project,” he said.

That wasn’t the first time Johnson and Clark worked together. Before he started LJC in 2017, Johnson was with Gensler, where he led its team on the reimagining of Willis Tower, while Clayco oversees that project's construction.

“We’ve had many opportunities on significant projects to get to know one another,” Johnson said.

Roughly 210 architects and support staff in the combined firm come from BatesForum, and the remainder from LJC. They have done work in a variety of sectors, including residential, multi-use, interiors, healthcare, retail, planning, landscape, education and industrial architecture.

Clayco also includes a Technical Assurance Group, which consults with project teams to apply lessons learned on each project, and Johnson said this will help the designers figure out ways to work even more seamlessly in the future.

But the new design firm won’t confine itself to Clayco projects.

“The majority of our work will come from non-Clayco sources, and that will allow us to stay on top of current trends,” Johnson said.

Johnson believes clients increasingly understand the need for greater coordination between builders, architects, engineers and other specialists in the construction process.

“I think we are on the leading edge of a trend that will take over the industry.”