Few politicians have come into office with more ambitious plans than Cook County Assessor Fritz Kaegi. Riding the wave of reform that would later sweep Mayor Lori Lightfoot into office, last year he promised to end what many voters saw as the inscrutable way properties were valued, and eventually shift the tax burdens from homeowners to commercial landlords.

Those proposals caused a lot of worry in the world of commercial real estate. 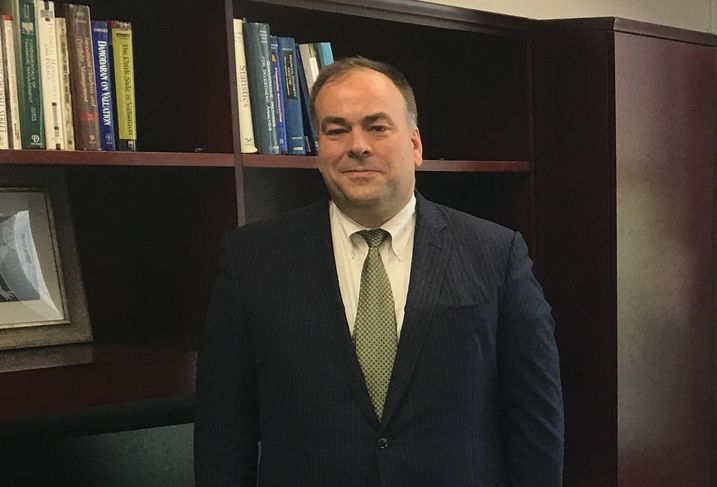 Those worries were not assuaged when new assessments came out for northern suburbs such as Evanston. The assessor tagged Evanston’s 80-unit Central Station apartment building at $31.6M, more than double its last assessment, Crain’s Chicago Business reported in April. And Amli Evanston, a 214-unit building, saw its $25.7M value triple to $74.5M.

But the assessor’s plans to redo valuations for the rest of Cook County, including Chicago’s dense Central Business District, ran into a roadblock in May. After getting approval from the Illinois Senate, what Kaegi called a “data modernization bill,” which would require commercial property owners to submit data on rental rates, occupancy levels, concessions, net operating income and other benchmarks, was sidelined in the Illinois House of Representatives.

House members say they plan to take up the proposal this fall, but without it in place, Kaegi maintains his office will be hampered in its efforts to create a transparent office that issues predictable and fair assessments. As it stands, most of the useful data to do the county’s assessments comes from the appeals many property owners file to get their assessed values reduced, when they are required to submit detailed data on their buildings.

This spring, Kaegi got backing for his plans when the International Association of Assessing Officers, an industry trade group, studied the county assessor’s operations and issued a report saying the office was forced to assess properties with insufficient property characteristics or market data, what it termed a “standard industry process.”

“That reinforced a lot of hunches people had in a vivid and quantifiable way,” Kaegi said.

But Building Owners and Managers Association of Chicago and other commercial real estate trade groups have come out very strongly against Kaegi’s proposal, and believe property owners need more time to absorb what the legislation will mean.

“We don’t see the need to rush these wholesale changes,” BOMA/ Chicago Executive Vice President Michael Cornicelli said. “I think he should take it much slower.”

Kaegi agreed to make some changes to his proposal, including the need to keep the data submitted by property owners confidential. Still, Cornicelli said many owners worry submitting all of this information is risky, and could fall into the hands of their competitors. He said he needs to hear more from the assessor's office on how rent levels, occupancy data, concessions and the like will be safe from hackers.

“There were a number of changes that made it incrementally better, but the bill is still opposed by most of the commercial real estate community,” Cornicelli said.

He agrees with Kaegi’s general idea that the county needs to switch to what he calls a mass assessment that makes better use of data, rather than the county’s traditional, more piecemeal approach. But he said Kaegi, who prior to the 2018 election was a financial manager at Columbia Wanger Asset Management, is not an experienced assessor, and that worries him.

Cornicelli said Kaegi is not taking into account that the massive increase in assessed values seen in Evanston and the other northern suburbs will eventually cause a corresponding increase in the amount of taxes owed, cutting into net income and pushing values down.

That is why BOMA and other groups preferred a pilot program that would allow larger impacts to be gauged before rolling it out to every property in Cook County. As it stands, owners are saying they find it difficult to underwrite possible deals, as they are unsure what their property taxes will be in the near future.

“This is just the beginning, and we have already started to see capital shying away from Chicago,” Cornicelli said. “There is a batch of buildings on the market right now, and we haven’t seen any of them close yet.”

Cornicelli worries about more than investment sales. The increased assessments in Evanston also hit apartment buildings, and if that happens in Chicago after its scheduled assessment in 2021, it could increase the cost of renting, and hurt its reputation as a haven for young, college-educated workers, the driving force behind the robust expansion of its office market in the past decade. 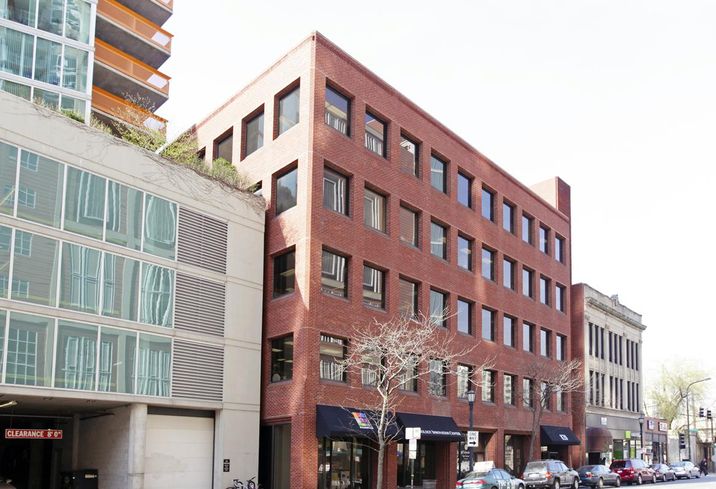 “Are these groups going to continue viewing Chicago as a desirable and affordable place to live?” he asked. “This is an awfully big project, and it could put a damper on what has been a pretty robust market.”

Cornicelli added that Kaegi’s office is understaffed and may not be able to handle all of its new duties.

The IAAO group of experts found the assessor had about one-quarter of the staff it needs to do assessments properly, and although that seems to back up Cornicelli’s worry, neither county board members nor Kaegi seem too concerned, at least for the short-term.

“I think what we first need to do is get the modernization bill passed so we can get better data,” Cook County Commissioner Larry Suffredin said.

After that, the assessor will have a better feel for what level of staffing he will need to run the office.

“We do need more staff, unambiguously,” he said.

But even though the IAAO calls for boosting the number of field staff from the current 20 to 65, that is not his top priority.

Instead, he wants to bring on a smaller group of technical analysts, including senior managers, that can comb through currently available data, from groups like CoStar and Trepp, along with existing aerial photographs, known as oblique imagery, and calculate assessments much faster than field staff can do with site visits.

Under his predecessor, Joe Berrios, analysts were sometimes forced to do the grunt work of making calls to find out the occupancy levels in certain buildings, along with other needed information, but requiring commercial property owners to submit detailed data ahead of time will cut down on that misuse of talent, he said.

Kaegi’s office is now in budget talks with the county board and Cook County Board President Toni Preckwinkle, and thus can’t offer precise details on what the staffing level will be next year. But he said his office only spends about $30M a year, or less than 1% of the county’s nearly $6B total annual budget, so even if he needs to hire a couple of dozen analysts, it would have a tiny impact overall.

“It’s not a ridiculous ask,” he said.

And Kaegi doesn’t have to wait for the end of those budget discussions to go on a hiring spree.

“We have a lot of vacancies that have not been filled, and we’re getting terrific résumés from people in the private sector,” he said.

In addition to technical analysts and managers, he has also begun preparing for a far bigger expansion by beefing up the human resources staff.

“That’s a sign of how serious we are,” Kaegi said.

Although he maintains that the old way of assessing properties’ values was inefficient, and prone to a lot of guesswork, Kaegi said the office was far from a complete disaster when he arrived. In fact, he found many of the longtime staff were talented and knowledgeable, a discovery backed up by the IAAO study. 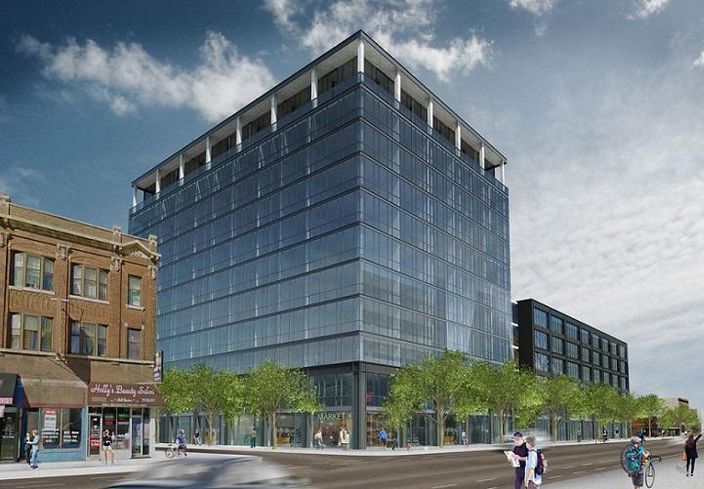 Courtesy of CEDARst
The first phase of 5050 North Broadway

“Although CCAO is short-handed, one of its strengths is the presence of very talented staff members at the highest administrative levels of the organization as well as in the technology section,” according to IAAO. “IAAO Consulting Team members were impressed with the quality of the personnel they met and worked with during our time in Chicago.”

“We have good bones to work with,” Kaegi said.

That is the chief reason he has such high hopes for his data modernization bill, especially once the assessor’s existing technical capacity is built up even further.

“There is a lot of low-hanging fruit on the technology side,” he said.

The IAAO report seems to agree. While it calls for a boost in field staff that examine residences from 11 to 56, the organization feels the nine field staff that currently handle commercial real estate are adequate, at least once the technical capacity is improved.

Suffredin said whatever concerns commercial real estate owners have about Kaegi’s proposed reforms, the support from other commissioners, as well as the public, cannot be ignored.

“We are all behind him, and he was elected with a significant mandate.”

That is one reason he is confident Kaegi’s bill will eventually get through the legislature and land on Gov. J.B. Pritzker’s desk. He also recognizes that the legislators were in the midst of a historic session, in which they shepherded a $45B capital bill and legalized recreational marijuana, among many other achievements, and that made revamping Cook County’s tax system a tall order.

“He has asked them for a significant change in Illinois law, and we finished the language with just one week left in the session, so the legislators wanted more time to think about it,” Suffredin said.

He understands many large property owners worry about huge jumps in the amounts of tax they could owe, especially after the eye-popping assessments for northern suburbs like Evanston were published.

But he also advises patience.

He pointed out that the assessor doesn’t set the actual tax rates, and the newly assessed values for properties in the county’s northern portion will not appear in tax bills until 2020.

Furthermore, he doesn't believe the actual tax levies needed by the various governments in the area will change very much. He does, however, expect one change.

“We’ll probably have a fairer distribution of who pays,” he said.

Kaegi said he is just as confident about his legislation’s chances, and whatever short-term disruption or concern it causes, in the long run, a data-based assessment will provide far more predictability than the system he inherited.

“Property tax reform is unfinished business from the last session, and the votes are there to pass the bill.”

Cornicelli agreed there is significant support for the proposed changes, but as time passes, he also believes the political ground could start shifting.

“I think you will see more engagement by the building trades unions, who are becoming concerned all this could dampen new construction.”