Everything You Need To Know About Chicago's Old Main Post Office

The Old Main Post Office is one of Chicago's most attractive redevelopment opps. So why hasn't it happened? Here's the whole saga and all the facts. 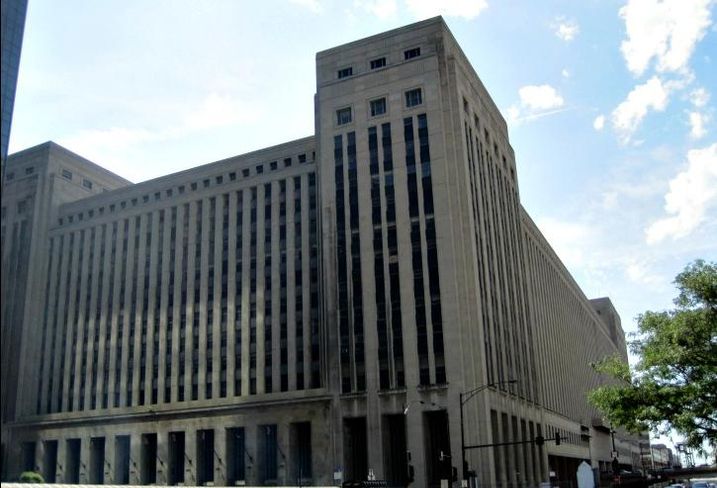 The building: Designed by the firm of Graham, Anderson, Probst & White, the Old Main Post Office was built in 1921. An expansion in 1932 added nine floors, for a total of 2.7M SF of floor space. The designs called for a hole in the base of the building so the city could extend Congress Parkway to connect to what is now the Eisenhower Expressway. The post office eventually couldn’t handle the volume of mail it was processing, and the USPS moved across the street in 1996. It was added to the National Register of Historic Places in 2001.

An empty space: The post office has remained vacant for 20 years, and it costs the federal government $2M annually to maintain. Over that time, the building's distinctive Art Deco architecture has been featured in several blockbuster movies, including Transformers: Dark of the Moon; Batman Begins, and (in one of our favorite scenes) in The Dark Knight as the setting of that film’s opening bank heist.

The auction: The USPS placed the post office on the auction block in June 2009. The auction raised over $40M. British developer Bill Davies won the building with a $24.8M bid, but missed an initial deadline to close the deal. He eventually secured the funding to buy the building. 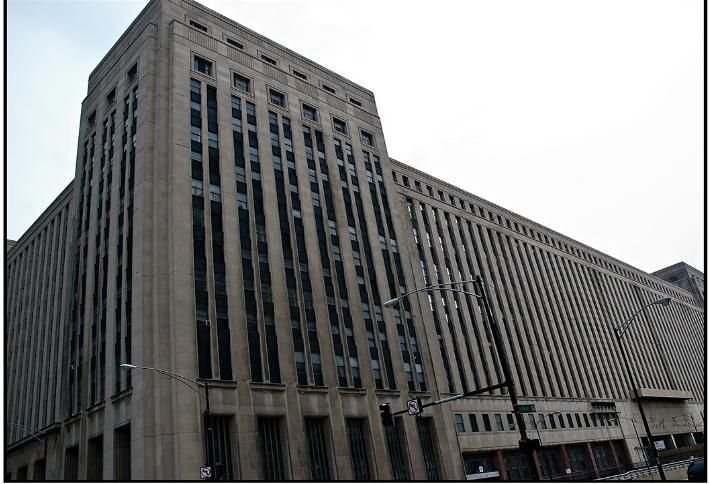 The failed JV opps: Davies has tried, and failed, to redevelop the property since. A 2014 deal to JV with Sterling Bay on a redevelopment fell through. Gulf Resources Development & Investment, a UAE-based firm, pulled out of a reported $150M deal to buy the property last year. Merit Partners partner Paul Fishbein said Davies was the main obstacle in redeveloping the post office, adding negotiating with Davies was like “negotiating with Dr. Evil.”

The drama: Davies has floated several redevelopment proposals; none of them have panned out. His most recent plan called for turning the post office into micro-apartments and, if those succeeded, to build a 1,500-unit tower next to the building. But Davies owes a reported $600k in property taxes on the site and Mayor Rahm Emanuel called to seize the building under eminent domain and resell it at auction. Davies said doing so would set a dangerous precedent and is in talks to sell the building to The 601W Cos, which bought Aon Tower for $712M last year. The Emanuel administration, however, insists it wants to sell the property and is moving forward with an RFP to interested developers.

The potential: The post office has been tied to many redevelopment plays over the years, notably as the site of a potential Chicago casino. With the South Loop’s status as one of Chicago’s hottest real estate markets, its footprint would make for an irresistible mixed-use play. The site has also been floated as a potential alternative for the Lucas Museum of Narrative Art, if the ongoing court battle over building the museum on the lakefront continues.