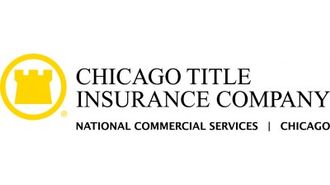 Chicago CRE is still going strong. From an influx of tech companies fueling office demand to major projects along the riverfront, multifamily and office development continued to boom in Q2, with over 4.8M SF combined under construction in the downtown area, according to a report from JLL. Industrial also expanded. The largest project, The Opus Group’s 1.2M SF distribution facility at the Rock Creek Logistics Center on Channahon Road in Joliet, is one of 15 new speculative developments.

Bisnow caught up with Chicago Title Senior Vice President Ed Burton to discuss how the Windy City market is faring.

Bisnow: You spoke on the state of the Chicago market last year. Compared to Q2 2016’s multifamily and office performance, are these asset classes still going strong? Are REITs still dominant players in this sector?

Burton: Multifamily continues to be quite active, although we’ve not seen the proliferation of new apartment construction that we saw a year ago. Instead, we are seeing more conversions of existing condominium projects to apartments. REITs have always been a dominant player in this segment. We have not seen as much activity in the office segment.

Bisnow: Has foreign investment grown in Chicago? What about from out-of-state investors?

Burton: I continue to be impressed at the interest foreign investors have in our market. We track this activity on a quarterly basis, and investments in this market continue to climb. Perhaps we are benefiting from a lack of supply on the coasts, but I also think that the increased movement by both in-state and out-of-state companies relocating operations to the city has made us that much more visible.

Burton: What we have seen this year is a significant increase in the use of mezzanine financing. As lenders tighten their lending ratios, the gap becomes a bit wider, and the need to fill that gap often requires mezzanine financing. Demand for our UCC (Uniform Commercial Code) title insurance policy has increased rather dramatically this year.

Bisnow: Has Chicago seen an influx of tech companies in the past year?

Burton: Absolutely! An article recently referred to Chicago as the Silicon Valley of the Midwest and I think it’s true. And, as more companies relocate to the city, the demand for tech companies to support them will only increase. Look at what has happened to the West Loop and the reformation of the Merchandise Mart. Can you even buy a chair there anymore?

Bisnow: Which submarkets are going strong in Q2? Which have cooled? What is the next big hot spot?

Burton: I don’t think anything has cooled in Chicago. The city just seems to keep getting bigger as neighborhoods that once were limited in their offerings are reinvented and energized to offer endless possibilities to businesses and residents. We still see most of the commercial activity in the central business district and nearby neighborhoods (West Loop, River North, etc.). Residential activity, of course, is quite spread out throughout the metropolitan area. For me, the hot spot will be anything near the planned Obama library.

Bisnow: What trends in Chicago are shaping new development projects this year?

Burton: Reuse. We are seeing a variety of projects that are taking advantage of existing properties with the potential for new uses and/or enhancements to the existing facilities. Plans for Union Station, the old post office and Willis Tower are good examples. The Riverline project is most certainly going to change the riverfront and provide potential opportunities for further development in the South Loop. Wolf Point East should do the same for River North, and who knows what else we might see in the River East area and on Goose Island.