The Future Of Union Station Is In John O'Donnell's Hands

Riverside Investment & Development was awarded one of the most sought-after redevelopment opportunities in Chicago Thursday when it was named the master developer for a $1B redevelopment of Union Station. The challenge that Riverside CEO John O'Donnell now faces with the 92-year-old train station is to build complementary buildings around it, while repurposing much of the original structure. 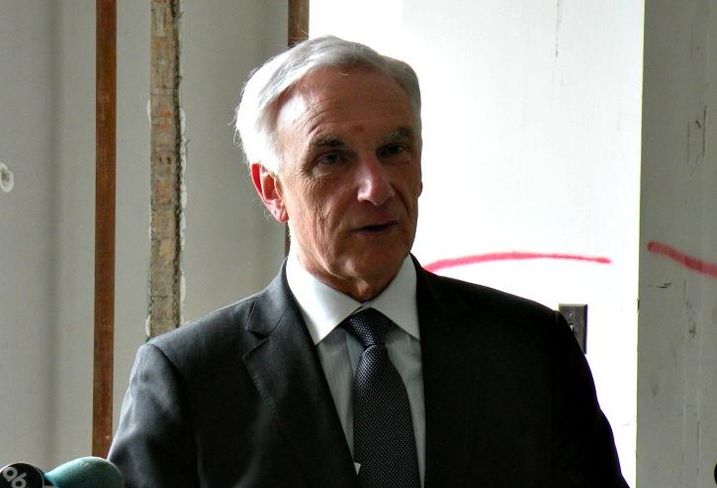 O'Donnell called Union Station "truly irreplaceable" at a press conference officially announcing Riverside as the master developer, but said his team will work to unlock its potential for the modern traveler, tourist, renter and office worker.

O'Donnell said the goal of the project's first phase will be to enhance the experience of commuters and Amtrak customers by changing the flow of foot traffic through Union Station to make passing through the station a more comfortable and inviting experience. This will allow Riverside to reconfigure the retail that O'Donnell hopes will attract passengers and the outlying neighborhood with expanded food and beverage options.

O'Donnell believes the number of people passing through Union Station will be able to support this. An average of 120,000 people enter and exit Union Station daily, a population roughly the size of a small city. Equally as important is the 74M SF of office space within a half-mile radius of Union Station.

The ultimate result with the Union Station redevelopment will be to turn the station into a 24/7 live/work/play environment. O'Donnell believes Union Station has the capability to attract businesses to Chicago, similar to other vintage buildings like Merchandise Mart.  O'Donnell did not seem concerned about the metro Chicago area's population loss and said millennials and tech workers still covet being downtown. He believes the two 750K SF office towers that are part of the redevelopment will be attractive for tech firms and other businesses seeking downtown office space. 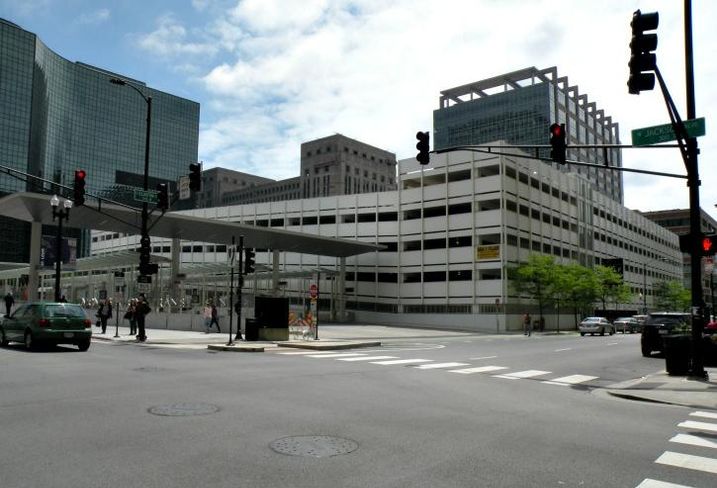 Chuck Sudo/Bisnow
This 1,600-car parking garage will be demolished as part of the first phase of Union Station's redevelopment.

With Riverside in place as the master developer, the attention now turns to fine-tuning the details of the redevelopment. O'Donnell said that Riverside, its development partners, the city and Amtrak will collaborate in the ensuing months on the redevelopment's linchpins before any caissons are put in place. O'Donnell revealed an early goal of breaking ground on the project's first phase by mid-2018.

That phase will include demolition of a 1,600-car parking garage across the street from Union Station, which will be replaced by an 800-car garage next to the Chicago Transit Authority's newly built Union Station bus depot. The roof of the new garage and the bus depot will serve as public green space, which O'Donnell said is lacking in the neighborhood.

On the seventh floor of Union Station's headhouse, Riverside and Convexity Properties (which is building a Viceroy Hotel in the Gold Coast) are planning a 350-room hotel. Amtrak moved out of this space decades ago, stripped it to its shell and rebuilt it to code.

O'Donnell is one of the speakers at Bisnow's Big Midwest Office Event, 7 a.m. June 14 at 440 South LaSalle. Register here.