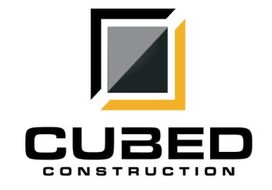 When the pandemic hit, it became clear that some properties were not equipped to adapt to a rapidly changing world. But rather than sit by and let their buildings stay obsolete, owners and developers have turned to adaptive reuse to transform underutilized buildings into new use classes for today's tenants.

In 2021, a record number of adaptive reuse projects were carried out across the U.S. More than 20,000 apartment units were created from former offices, retail units and other building uses — almost double the number created in 2020 and 2019 combined.

“There is a real opportunity to repurpose buildings that have become obsolete,” said Eric Weber, principal at Chicago’s Cubed Construction, which is the general contractor and construction manager for Chicago-based 33 Realty. “They could be obsolete because the impact of Covid-19 won’t allow them to recover, or because the geographical demand for offices isn’t as strong as the demand for apartments. Often, adaptive reuse can be the best solution to these challenges.”

Weber cited two main reasons why adaptive reuse has become so popular in Chicago. The first is speed: Navigating the city’s entitlement bureaucracy can be time-consuming, but obtaining a permit for an adaptive-reuse project typically comes with no entitlement requirements and minimal zoning changes in Chicago, he said.

The second reason is the sheer number of historic buildings in Chicago.

“Chicago really took off in the mid-to-late 1800s,” Weber said. “A lot of buildings in the city were built more than 100 years ago. Many are in great locations that present an ideal opportunity for repurposing.”

One example is Cubed Construction’s conversion of 19 South Wabash into The Jeweler’s Row Building, which received a 2021 Preservation Excellence Award from the Commission on Chicago Landmarks. The five-story building housed office space above existing retail space dating back to the late 1800s, and it has been transformed into 39 short-term hospitality suites.

The building’s notable features include the stained glass in the lobby, which Cubed Construction restored in 2021. The team also preserved and reproduced missing pieces of interior trim carpentry such as coffered ceilings, baseboards and casings. Many of the original tiled floors and walls of the retail space were exposed and retained.

During the project, the second-floor retailer, cigar shop Iwan Ries & Co., was able to remain open despite complex structural work taking place, including the creation of a light well that shared a party wall.

Renovating historic buildings comes with unique challenges, Weber said. Local codes may require the building to be restored to its original appearance as much as possible. This can call for materials and techniques that are no longer commonly used, which requires an investment in both materials and skilled subcontractors.

“Skilled artisans are a key component in adaptive reuse,” he said. “I’ve worked with some subcontractors who are like artists, using bespoke tools and matching wood to what was used 100 years ago. You also need skilled structural engineers who can work with the existing structure and any alterations that are required.”

Despite the challenges of this type of work, Weber said Cubed Construction rarely encounters a project that is not suitable for adaptive reuse. The baseline for whether a building is suitable lies within the foundations: If they are sound, the project is possible.

“Of course, the project will need to generate returns within the timeline required,” he said. “But as it pertains to the construction of the building, in my opinion there is no other baseline requirement. In some cases, we have brought buildings all the way down to a partial shell and then constructed on top of that.”

Cubed Construction has worked on more than 10 adaptive reuse projects to date, Weber said. The business started with cosmetic apartment face-lifts, but it quickly progressed to hundreds of gut unit renovations annually, specifically in the adaptive reuse space.

The firm generally targets projects that are greater than 10K SF and is agnostic as to a property's use change or level of complexity, Weber said.

The team’s aim is to build long-term relationships with trusted clients, he said. The owner of The Jeweler’s Row Building, for example, has engaged Cubed Construction in the pre-construction phase of its next adaptive reuse project in Chicago’s Loop.

While the global construction industry is facing unprecedented challenges, such as inflation and shortages of materials and labor, Weber said he believes adaptive reuse will continue to be a viable option for many building owners.

This article was produced in collaboration between Studio B and 33 Realty/Cubed Construction. Bisnow news staff was not involved in the production of this content.