This Morning’s Bisnow State of the Market

Forget four out of five dentists. This morning at Bisnow’s Chicago State of the Market, our entire national panel agreed that short-term interest rates will remain stable, ditto for cap rates, and we have three to five years left of riding market waves. 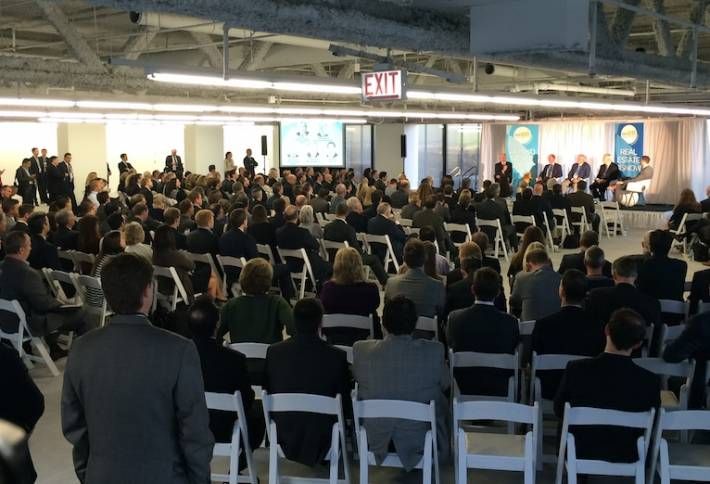 Held on the 82nd floor of the iconic Willis Tower, the event drew a deluge of executives looking for views, brews (coffee, that is), and of course, CRE news. Our national panel also agreed that cities are beating out suburbs in both commercial and residential real estate, and we won’t see any meaningful inflation in the near-term. 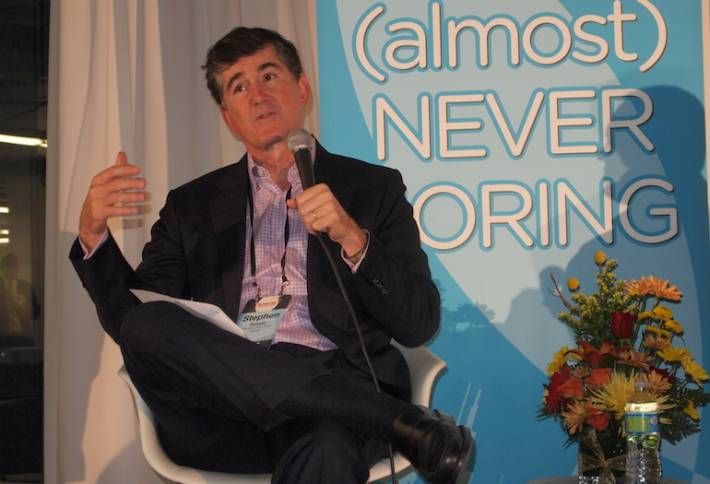 Each panelist shared their first job, and Pearlmark Real Estate Partners CEO Steve Quazzo was a referee running a college intramural athletic program. Pearlmark found its competitive edge in the below $100M space for deals (where public REITs and megafunds don’t look), as well as mezzanine lending, a much less crowded field. Steve’s top trend: Waves of international capital will continue to come. Examples: Norway has bought up half of downtown Boston in the past year with sovereign wealth funds, and Chinese investors are raising $1B (at a clip of $50M/month) through the EB-5 program for NYC’s massive Hudson Yards project. (Not to mention nontraded REITs raising $19B last year.) 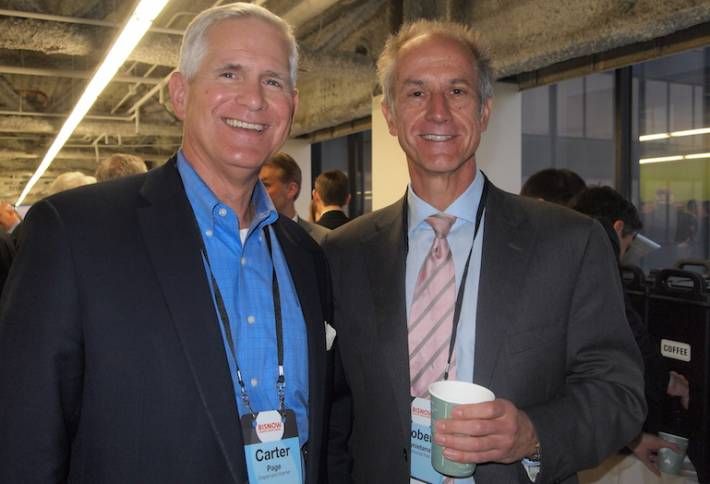 HSA Commercial Real Estate CEO Bob Smietana (above right) started out delivering newspapers and sweeping the floor at a printing company. HSA has done more development over the last few years than in the previous five years before that, he says, because the spreads are making it worth taking the risk. Given the lack of industrial new supply between ’07 and ’12, Bob’s noticed robust demand (driven by e-commerce and pharma) around the firm’s 220k SF spec project in Indianapolis. He says the cycles seem to be shortening, and he views healthcare as the one asset class that allowed HSA to do deals throughout the downturn. 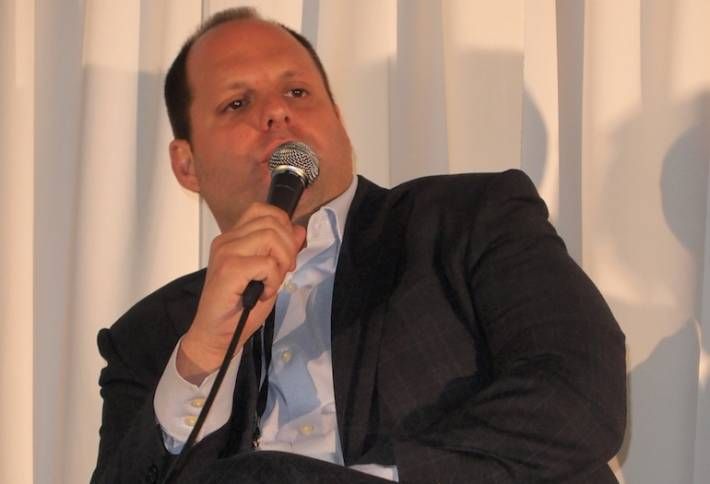 Liberty SBF CEO Alex Cohen says his firm is seeing a strong run-up in pricing in the top handful of MSAs around the country, some 5% above the highs of ’07, Alex says, but not a lot of fundamental support. Meaning like commodity prices and stocks, we could soon see a 5% to 10% pullback. Liberty prefers to play in the $1M to $50M lending space, where property values are only 5% above the lows, with a focus on existing structures with a value-add component (whether that’s capex or lease-up) at 65% to 75% loan-to-cost, Alex says. 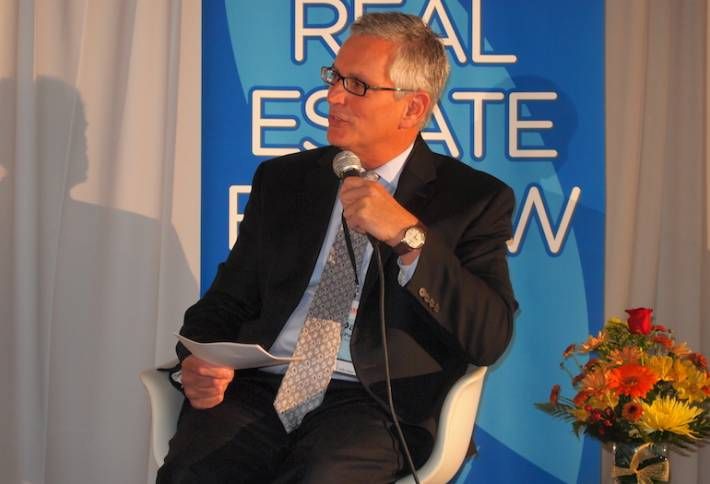 Pircher, Nichols & Meeks partner Dave Pezza moderated our national outlook panel, coining the term “niche is nice” to reflect today’s market of increased specialization. Whether it’s through deal size or alternative asset classes (parking, manufactured housing, storage, etc.), investors are working hard and thinking very creatively to find yield. Dave’s first job was in landscaping, which has helped his golf game since he knows how to rake out a sand trap. He’s proud to say that this year, Pircher was named a top 10 boutique law firm in the country by Law360 and both of its offices in Chicago and LA were ranked Tier 1 in real estate nationally in the “Best Law Firms” rankings by US News and World Report. 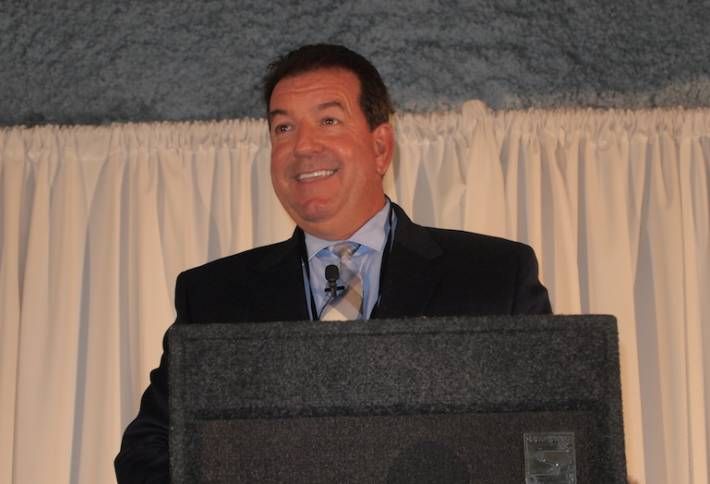 Stewart Title Commercial Services business development officer Ron Babos gave opening remarks. He says Stewart’s planning some huge growth in Chicago, with its commercial business up 32% this quarter and the company overall up 30%. Its Chicago office recently handled Dominicks’ 72 store commitments and has been doing 75%-plus of Walmart’s business throughout the US for years, Ron says. Two audience members were the lucky recipients of $100 gift cards to Trattoria No. 10 thanks to Stewart, but we’re not revealing names to save them from unwelcome dinner companions. Stay tuned for continued event coverage tomorrow!